God’s justice is characterized by His preference for mercy.

“Behold, my servant whom I have chosen, my beloved with whom my soul is well pleased. I will put my Spirit upon him, and he will proclaim justice to the Gentiles. He will not quarrel or cry aloud, nor will anyone hear his voice in the streets; a bruised reed he will not break, and a smoldering wick he will not quench, until he brings justice to victory; and in his name the Gentiles will hope.” (Matthew 12:18-21 ESV)

These are the words of the prophet Isaiah (Isaiah 42:1-4) that Jesus fulfilled according to the Gospel of Matthew. They are echoed in the baptism of Jesus when the Holy Spirit descended on Jesus in the form of a dove, and a voice from heaven spoke and said: “This is my beloved Son, with whom I am well pleased.” (Matt. 3:17)

Of particular note to me is the statement that Jesus came “to proclaim justice to the Gentiles”, and he will “bring justice to victory; and in his name the Gentiles will hope!” For the past two years, I have read through the Bible from start to finish focusing on the theme of justice (among other things).

The theme of justice is everywhere in scripture when you look for it! Justice is particularly embedded in the messianic prophecies and promises. The coming, the life, the death and the resurrection of Jesus is all about righteousness and justice.

I believe that modern Americans have a warped view of what justice means, biblically. We tend to view justice as retributive and punitive. Justice in a popular sense tends to mean people getting their just desserts, but that isn’t what we see in Scripture.

The prophets warned God’s people about two main things: idolatry and failing to do justice. Obeying God’s commands fit more or less into these two broad categories of worshiping God alone and doing right by people.

These are the two great categories of the ten commandments. Thus, the law is summed up this way: love God and love your neighbor.

When God executed judgment on His people in the OT in keeping with the warnings spoken by the prophets, He always did so in hope that His people would turn from their wicked ways. Judgement as a subset of justice was redemptive. It’s aim was to guide people back to right relationship with God and to each other.

Overarching God’s justice is His preference for mercy, because His ultimate desire is for relationship with us. He desires also that we would have healthy relationships with each other (love your neighbor) in the same way. A right relationship with God and with our other human beings (and the world we live in) is the essence of what it means to be righteous and just.

END_OF_DOCUMENT_TOKEN_TO_BE_REPLACED

“We were held in custody under the law, locked up until faith should be revealed. So the law became our guardian to lead us to Christ….”

Much confusion in the early church arose out of the relationship of the Law to the “good news” that we now call the Gospel (which means good news). The confusion continues today. I continue to wrestle with the tension, myself.

Two passages come to mind that seem to be directly counter to each other. They establish a paradox – a seeming inconsistency – that needs to be resolved. Compare what Jesus said as recorded by Matthew, to the instruction of Paul to the Ephesians:

“Do not think that I have come to abolish the Law or the Prophets; I have not come to abolish them but to fulfill them. For truly, I say to you, until heaven and earth pass away, not an iota, not a dot, will pass from the Law until all is accomplished. Therefore whoever relaxes one of the least of these commandments and teaches others to do the same will be called least in the kingdom of heaven, but whoever does them and teaches them will be called great in the kingdom of heaven. For I tell you, unless your righteousness exceeds that of the scribes and Pharisees, you will never enter the kingdom of heaven. (Matthew 5:17-20)

“But now in Christ Jesus you who once were far off have been brought near by the blood of Christ. For He Himself is our peace, who has made the two one and has torn down the dividing wall of hostility by abolishing in His flesh the law of commandments and decrees.” (Ephesians. 2:13-14)

In one place, Jesus said he did not come to abolish the law; and, in the other place, Paul says Jesus abolished the law. Which is it?

The answer is both. If we view this apparent dichotomy as a paradox, rather than a contradiction, we can make some sense of it.

We also need to look at the larger context of the Law. The Law was a covenant (an agreement) with Israel. It was given to Moses for the descendants of Abraham after He brought them out of slavery in Egypt. God was faithful to this covenant, but the people were no. They filed at every turn.

When Jesus made the statement that he did not come to abolish the Law, but to fulfill it, he was putting that statement into the context of time and purpose. He was saying that the purpose for which he came was to fulfill the law, and now was the time.

Jesus came to fulfill the Law in the flesh as a man. When he said on the cross, “It is finished”, he was proclaiming that he had finished accomplishing the fulfillment of the Law in his human body. He lived it out perfectly. He was obedient to it unto death.

Jesus did what no man had done. God became a man so that he could keep man’s part of the bargain, and that enabled God to keep His promise to bless mankind. God, in a sense, carried out the terms and fulfilled both sides of the covenant.

But that is not the end of the story.

END_OF_DOCUMENT_TOKEN_TO_BE_REPLACED 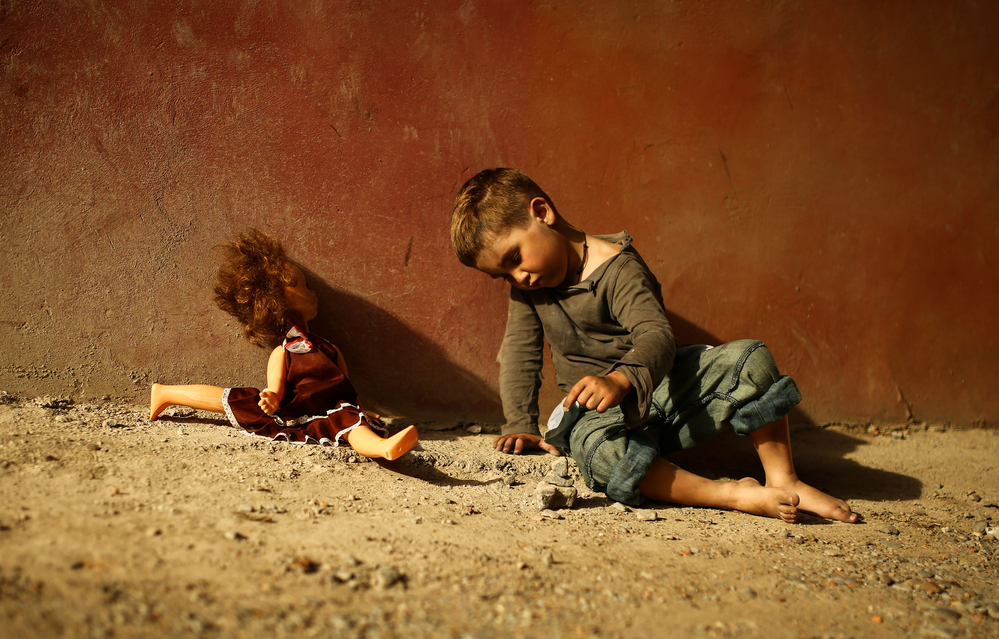 I am involved in a faith-based, legal aid organization that provides legal services and holistic help to people who live on the margins of our society. We call it “Gospel justice”, which is the title of a book written by Bruce Strom, the founder of the organization, Administer Justice. (See Gospel Justice)

Labels, however, aren’t ultimately we are very helpful when it comes to nuanced understanding. We also have to be careful here that we don’t mix politics and the faith to the determent of the Gospel. This is true on both sides of the political aisle. Our politics shouldn’t define our faith.

We follow Jesus on what turns out to be a rather narrow road that doesn’t often follow the paths the world has beaten. Thus, I have been thinking for months about writing on the topic of social justice. I guess it’s time I do.

END_OF_DOCUMENT_TOKEN_TO_BE_REPLACED 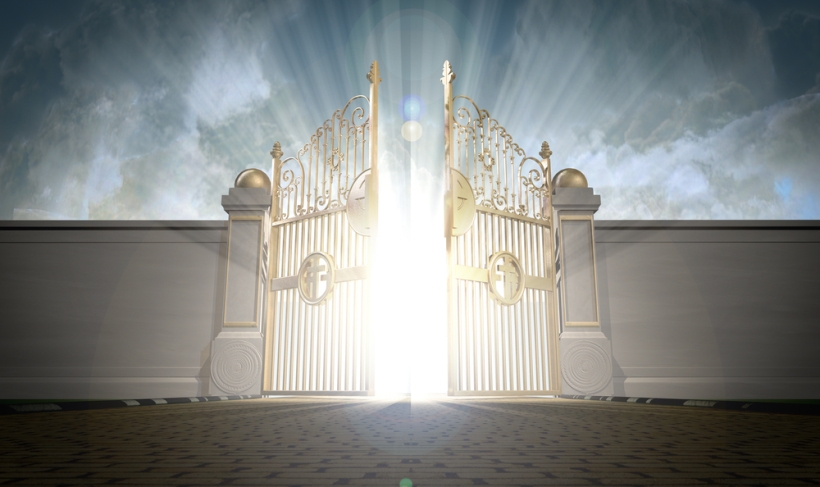 In Justice from a Human Perspective, I explored the phenomenon that the vast majority of people have an inner sense of justice that is pricked every time they experience injustice themselves or by people they know and love. The very protest, “That’s not fair!” implies that the protester believes others should recognize it.

We have an innate sense of justice, and we innately feel that others should recognize the justice or injustice we see and feel. We do have have much general agreement, but the disagreements are many at the same time. Those disagreements might be attributable to our perspectives, which are limited and, therefore, subjective.

Thus, we can’t anchor an objective standard of justice in people. It must be anchored in something more immutable, like God (see Justice from God’s Perspective), but how do we know justice from God’s perspective?

I submit that we don’t… we can’t, unless He reveals it to us.

In the Bible we what purports to be a record of God’s communication and involvement in the history of men. While, I admit that we can learn something about justice in other religious books and literature, for many reasons I think the fullest and most accurate record of God’s revelation, generally, and of justice, specifically, is found in Scripture.

You might disagree with me, but stick with me as I consider the following story about Jesus that provides us some perspective on the issue.

END_OF_DOCUMENT_TOKEN_TO_BE_REPLACED

The love that God offers is relational, intimate and personal. 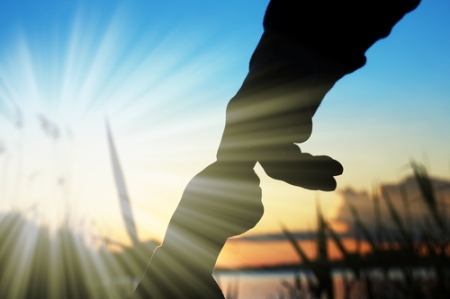 John the Apostle, a Hebrew from a remote province in the Roman Empire, lived a long life. The other apostles died premature deaths, but John, a typical Hebrew, lived long enough to be elevated out of his provincial Jewish world by the God who created it. His writing, as much as any of the New Testament authors, has a strong philosophical theme, but that philosophical theme is no abstract intellectual construct.

John the one-time fisherman became familiar with the greater Greco-Roman world by which the Palestinian province of his birth was governed and influenced. That familiarity is reflected in the Gospel that bears his name.

His gospel begins philosophically: “In the beginning was the Word”, the Logos.  (John 1:1)  The word, logos, carried poignant philosophical meaning in the Greco-Roman world. John’s use of that word to open his account of the life and message of Jesus shows that John, the provincial Hebrew, familiarized himself with that world and its thought.

This is in keeping with the instruction from Jesus to his followers to go into all the world explaining the message Jesus gave them. To go into the world, we have to become familiar with it and conversant with the thought that predominates in the world to which we go.

Though John’s Gospel begins philosophically, focusing on the loaded word, logos, he didn’t have the abstract notions of philosophy in mind. John’s use of that word pointed outside the Greco-Roman world and transcended it.