When we stand at the borderline and understand the limitations and futility of our lives, we have begun to see as God intended for us to see.

Song writers have common themes and images that run through their work. Jon Forman is one of my favorite song writers because he resonates with a theme that has run through my thinking over the last decade: the transience of this life and the transcendence of the life to come.

In the song, A Place Called Earth, he focuses on the “borderlines” between the transience of our lives and the longing for transcendence. It’s an age-old theme. It’s a theme that has been the subject of some of the greatest writers in the history of world from the author of Ecclesiastes to Shakespeare.

The video embedded above was a recent live performance of this song off the new EP, Departures. Linked below is the studio recording of A Place Called Earth that was written by Jon Foreman with his brother, Tim, and Lauren Daigle. I encourage you to listen to it in all of its orchestral fullness.

The hope of the Christ follower is the longing for heaven, a place where everyone knows their worth through the eyes of Jesus who will greet us face to face. We have this hope, however, this treasure, in earthen vessels. (2 Corinthians 4:7) We long for heaven in a place called earth.

Oh, the wars we haven’t won
Oh, the songs we’ve left unsung
Oh, the dreams we haven’t seen
The borderlines

Jon Foreman’s plaintive voice captures the angst of these lines perfectly. We try to notch our belts with victories, but what of all the defeats? The songs we have left unsung? The great dreams we dared to dream that we haven’t seen?

All our victories are hollow trophies at the end of our days. Memories of them begin to fade from the moment of victory. Like the entropy to which our universe is subjected (Romans 8:20), those memories will fade into utter obscurity long after we have taken our last breaths.

We see this on the borderlines. On the borderlines, where we peer out over an endless expanse yawning out into a far distant future, and beyond it into an eternity we can’t even fathom, we realize our utter insignificance…. if we can see that far.

END_OF_DOCUMENT_TOKEN_TO_BE_REPLACED

Our western view of God, heaven and the earth may get in the way of understanding where in the world is God. 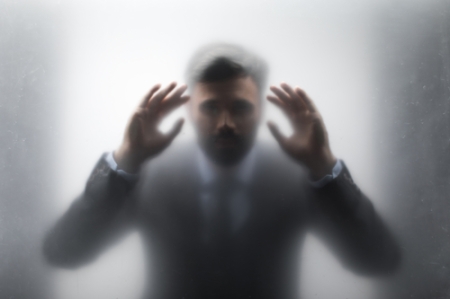 I have been listening with some relish to the new podcast, Ask NT Wright Anything, with Justin Brierley the host of Unbelievable! podcast fame. NT Wright is currently the Research Professor of New Testament and Early Christianity at St. Mary’s College in the University of St. Andrews in Scotland. (Wikipedia) He is a renowned scholar and prolific writer and speaker.

In listening to the first few episodes of the new podcast, I have become interested in NT Wright’s view the kingdom of God, the ascension and what it means that someday Jesus will “come again on the clouds”.  calls westerners “innate Epicureans” who believe that “heaven is a long way away”. Thus, when we think of something like the ascension of Jesus, we imagine him rising up to heaven far away where He “sits at the right hand of the Father”.

This image of Jesus in heaven far away seems to be suggested in the passages from which we have coined the term ascension. The Gospel of Luke describes it this way: “While [Jesus] was blessing them, He parted from them [left them] and was carried up [taken up] into heaven”. (Luke 24:51 (NASB/ESV)) In Acts, the description is that “He was lifted up while they were looking on [taken up before their very eyes], and a cloud hid him [received Him] from their sight [out of their sight].” (Acts 1:9 NASB/ESV)

In Luke, the phrase, “parted and was carried” is a translation of the one Greek word, diístēmi, meaning literally “to set apart, to intervene, make interval” and translated as carried, parted and/or passed.[i] In the Greek, it appears (to me) that some interpretation is apparent in the English verb tenses used: “He parted and was carried [taken]”. The first phrase conveys action on the part of Jesus, and the second phrase conveys some action asserted upon Jesus, presumably from the Father.

The phrase is inserted as the interpretation of a single word so who undertook the action is really not implicitly expressed. It’s an interpretation (it seems to me). Further, the descriptor, “up” is added. That descriptor is not inherent in the Greek word, diístēmi. Rather, it seems to be a common sense addition to connect with the word translated “heaven”, which is ouranós. But is that an accurate translation?

After hearing NT Wright, I think not. Our western worldview filter may be to blame, and removing this worldview filter opens up a more accurate view, perhaps, of what the kingdom of God is, the ascension, and the second coming of Jesus.

END_OF_DOCUMENT_TOKEN_TO_BE_REPLACED

Four basic assumptions that seem to be prevalent in the modern American world that are not not biblical. 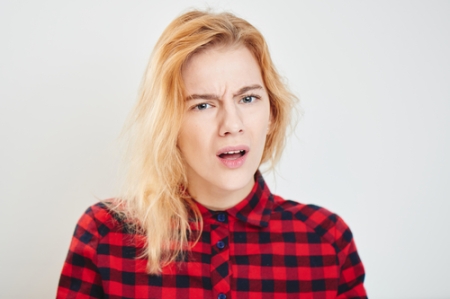 I am continually impressed by the persistence of misconceptions about Christianity, even in the United States. The US is considered by many (still) to be a “Christian” nation. Most people may identify as Christian in the US, but that doesn’t necessarily mean that we all understand the basic tenets of the faith. Maybe it’s an example of familiarity leading us to assume things that aren’t necessarily true. Following I address just four very basic assumptions that seem to be prevalent in the modern American world that are not consistent with the Christian perspective that is revealed in the Bible. END_OF_DOCUMENT_TOKEN_TO_BE_REPLACED

“The Lord is not slow about His promise, as some count slowness, but is patient toward you, not wishing for any to perish but for all to come to repentance[i].” (2 Peter 3:9)

People have spoken about the second coming of Christ since soon after Jesus died. We still talk about it today. I am not going to try to suggest when the second coming will be. No man knows the day or the hour. (Matt. 24:36) But, a God who could raise Jesus from the dead can cause Him to come again. It will happen. We will also all die as surely as we live. END_OF_DOCUMENT_TOKEN_TO_BE_REPLACED

“Our Father who is in heaven[i]….” is what Jesus taught us to pray. We might be tempted to picture God in the clouds, but the popular idea of God in the clouds is not at all accurate. God the Father is outside of time and space. Time, space and the Universe in which we live are contained and sustained by God. They emanated from God; they do not contain God. END_OF_DOCUMENT_TOKEN_TO_BE_REPLACED