Our western view of God, heaven and the earth may get in the way of understanding where in the world is God. 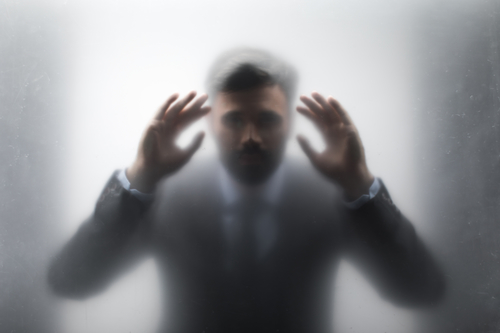 I have been listening with some relish to the new podcast, Ask NT Wright Anything, with Justin Brierley the host of Unbelievable! podcast fame. NT Wright is currently the Research Professor of New Testament and Early Christianity at St. Mary’s College in the University of St. Andrews in Scotland. (Wikipedia) He is a renowned scholar and prolific writer and speaker.

In listening to the first few episodes of the new podcast, I have become interested in NT Wright’s view the kingdom of God, the ascension and what it means that someday Jesus will “come again on the clouds”.  calls westerners “innate Epicureans” who believe that “heaven is a long way away”. Thus, when we think of something like the ascension of Jesus, we imagine him rising up to heaven far away where He “sits at the right hand of the Father”.

This image of Jesus in heaven far away seems to be suggested in the passages from which we have coined the term ascension. The Gospel of Luke describes it this way: “While [Jesus] was blessing them, He parted from them [left them] and was carried up [taken up] into heaven”. (Luke 24:51 (NASB/ESV)) In Acts, the description is that “He was lifted up while they were looking on [taken up before their very eyes], and a cloud hid him [received Him] from their sight [out of their sight].” (Acts 1:9 NASB/ESV)

In Luke, the phrase, “parted and was carried” is a translation of the one Greek word, diístēmi, meaning literally “to set apart, to intervene, make interval” and translated as carried, parted and/or passed.[i] In the Greek, it appears (to me) that some interpretation is apparent in the English verb tenses used: “He parted and was carried [taken]”. The first phrase conveys action on the part of Jesus, and the second phrase conveys some action asserted upon Jesus, presumably from the Father.

The phrase is inserted as the interpretation of a single word so who undertook the action is really not implicitly expressed. It’s an interpretation (it seems to me). Further, the descriptor, “up” is added. That descriptor is not inherent in the Greek word, diístēmi. Rather, it seems to be a common sense addition to connect with the word translated “heaven”, which is ouranós. But is that an accurate translation?

After hearing NT Wright, I think not. Our western worldview filter may be to blame, and removing this worldview filter opens up a more accurate view, perhaps, of what the kingdom of God is, the ascension, and the second coming of Jesus.

The addition of the directional word (carried up or taken up) indicates one interpretative model, but it isn’t the only possibility. In fact, it is a particularly western take on the passage and of heaven in general.

As an example, let’s look at Luke 24:51 again with some emphasis on the way the action is framed and without the extraneous language: “While He was blessing them, He parted [was carried or taken] into heaven.” Without the directional language and western spin on heaven as a “place in the sky”, this passage reads much differently.

I am reminded of several other passages of Jesus interacting with the disciples after His death and resurrection that have a mysterious element to them. For instance, Mark reports, “Later as they were eating, Jesus appeared to the eleven and rebuked them for their unbelief….” (Mark 16:14) As Mark was wont to do, he describes what happened in a very condensed statement. What does it mean that he “appeared” to them “as they were eating”?

It’s so abrupt. We might write this off as Mark cutting to the chase, which he often does, but where did Jesus come from? The word translated “appeared” is phaneróō, which comes from phōs, meaning light. This word has a very metaphysical connotation to it! It means, literally, “to illuminate, make manifest (visible)”; and, figuratively, to “to make plain, in open view; to become apparent (“graspable”). Even the literal meaning of phaneróō suggests something mysterious about how Jesus came to be there.

The parallel passage in Luke is even more mysterious: “While they were telling these things, He Himself stood in their midst and said to them, ‘Peace be to you.’” (Luke 24:37) And lest we miss the strangeness of this appearance, Luke adds, “But they were startled and frightened and thought that they were seeing a spirit.” (Luke 24:37) It is clear that this appearance was sudden and unexpected, as if from nowhere.

Interestingly, though, the passage that follows emphasizes the physicality of Jesus:

“And he said to them, ‘Why are you troubled, and why do doubts arise in your hearts? See my hands and my feet, that it is I myself. Touch me, and see. For a spirit does not have flesh and bones as you see that I have.’ And when he had said this, he showed them his hands and his feet. And while they still disbelieved for joy and were marveling, he said to them, ‘Have you anything here to eat?’ They gave him a piece of broiled fish, and he took it and ate before them.” (Luke 25:38-43)

As I read through these examples, I can see why NT Wright says of the description of the ascension, that is the use of “earthly words about a heavenly reality”. The description of Jesus being carried or taken [up] into heaven is the best we can do, but it doesn’t do the reality justice.

NT Wright suggests that in Jesus the reality of heaven and earth meet and intertwine. We imagine that Jesus ceases to relate to us once He has gone to heaven because he is physically a long way away, but that isn’t accurate. Jesus stood among the disciples in physical and spiritual form. They could feel His body and observed Him physically eat food with them, yet His appearance startled and frightened them, as if they were seeing a ghost.

Wright says the first markers of this ultimate reality were the presence of God in the fire and cloud as they wandered in the wilderness, the Ark of the Covenant where God was remained present among them and later in the Temple where God would dwell and where people could “approach” Him. This elementary example of God dwelling among and within His people only pointed to a more complete reality that is unveiled Jesus.

Jesus spoke of His body as the temple that would be destroyed and would rise again. (John 2:19-22) And that sets the stage for Jesus “going to the Father” (“where you can see me no longer”) so that the “Advocate” (the Holy Spirit) can come to us. (John 16:1-13) And now the ultimate reality can be known – that we are the temples of God in which God dwells by virtue of His Spirit – the marriage of our earthly existence with God who is “in” heaven.

The upstairs downstairs language really misses the import of what Jesus did and said. Hugh Ross, the astrophysicist turned apologist, speaks in terms of dimensionality. Our existence is three dimensional and , we only perceive and experience four dimensions. God is not bound by the limited dimensionality that limits us. Our language fails us when we think about God and try to describe where in the world He is.

NT Wright references 1 John 3:2 to tie up the loose ends: “[W]hen [Jesus] appears, we will be like Him because we will see Him just as He is.” The word translated “appears” is phaneróō, the same word Luke used when Jesus appeared abruptly to the disciples!

I am reminded of the words of Paul: “For now we see in a mirror dimly, but then we shall see face to face….” (1 Corinthians 13:12) The word translated “see” (blepō) means “seeing something physical” but which has a deeper, spiritual meaning. And we see as if in a mirror – an image of ourselves. We see God through the filter of our own selves. We, ourselves, are the reflection through which we see God, albeit dimly. The word translated “dimly” is, aínigma, meaning “to speak in riddles”, from which we get the word enigma, meaning, mysterious, puzzling, etc.

It seems that now we only see Jesus from behind a looking glass, but then, when Jesus “comes”, we shall see Him face to face! God sees us as if through a one-way mirror through which He can see us fully and completely, but our view in this life is opaque. We can’t see beyond the glass.

The word translated “see” (horáō) in 1 John 3:2 means to see in a metaphorical sense – “to spiritually see”. It involves a physical seeing of which the focus is not on the physical act of seeing, but on the spiritual understanding (the result) of seeing. It means to see physically with the eyes and to understand (see) spiritually with the mind. An example of this is in the Sermon on the Mount where Jesus said, “Blessed are the pure in heart for they shall see (horáō) God.”

NT Wright reinterprets the ascension description (a cloud receiving him) as something more like the transfiguration or like the cloud and the fire in the wilderness – a human, earthly experience of the living presence of God.

Is this is a vertical movement? Maybe, or maybe not. Maybe vertical isn’t the complete picture. In our western culture, though, we think of Jesus “as some kind of weird spaceman”, Wright says, and that “plays into a wrong view of the second coming as well – that is Jesus is going to come floating down on a cloud.” More likely, the glass through which we currently are able to see only dimly will be “shattered” or removed, and “we shall know even as we are fully known”. (1 Corinthians 13:12)

Where in the world is God then? Where is Jesus seated “at the right hand of God”? Where do we find Him?

“The God who made the world and everything in it is the Lord of heaven and earth and does not live in temples built by human hands. And he is not served by human hands, as if he needed anything. Rather, he himself gives everyone life and breath and everything else. 26 From one man he made all the nations, that they should inhabit the whole earth; and he marked out their appointed times in history and the boundaries of their lands. God did this so that they would seek him and perhaps reach out for him and find him, though he is not far from any one of us. ‘For in him we live and move and have our being.’”

And many hundreds of years before Paul’s speech to the Greeks, David observed that God is everywhere (Psalm 139:7-10):

[i] I use The Discovery Bible to mine the deeper meanings of the Scripture. The Discovery Bible is a treasure chest full of interpretation tools that cannot be found anywhere outside of an intense seminary course on Greek and Hebrew or a host of separate resources.