God’s image is imprinted in each person, but it’s only a reflection unless we embrace Him..

In the first century, Hebrews believed that they would be defiled by the things they ate. In the twenty first century, many Americans believe that people are generally good, and they learn to be prejudiced and hateful from their environment. I hadn’t seen the parallel until I spent some time meditating on the following words Jesus spoke to his first century audience:

“There is nothing outside a person that by going into him can defile him, but the things that come out of a person are what defile him.”  …. Do you not see that whatever goes into a person from outside cannot defile him, since it enters not his heart but his stomach, and is expelled?” …. And he said, “What comes out of a person is what defiles him. For from within, out of the heart of man, come evil thoughts, sexual immorality, theft, murder, adultery, coveting, wickedness, deceit, sensuality, envy, slander, pride, foolishness.  All these evil things come from within, and they defile a person.” (Mark 7:15, 18, 19, 20-23 ESV)

Modern Americans may not agree with the list of evils Jesus mentions here, nor would they agree with the ancient Hebrews’ list of evils, but I find it interesting that they might both generally agree, perhaps, on the source of evil – coming from outside the person. Modern Americans popularly believe that all people are good, that we only learn to be bad. It’s pressure from outside of us that influences us to do evil things.

Jesus said that isn’t true. It’s what comes from within us that defiles us. Jesus might have been echoing the Prophet, Jeremiah, when he said the human heart is deceitful (and “desperately sick”). (Jer. 17:9)

We fool ourselves when we think that most people (including ourselves) are basically good. We are looking in the wrong direction when we assume that evil lurks outside of us.

Scripture asserts that the thread of sin runs through all people. I think that Scripture is correct in this. The human heart tends toward evil. We have to learn to be good. Evil is what comes naturally, but good has to be learned.

But what is the essence of goodness and evil? This is where we find general agreement on some things (it’s not good to kill babies for fun) and disagreement on other things (like abortion).

I think modern Americans can agree about the goodness of loving others, but we tend to reject (or be agnostic about) loving God. Ancient Hebrews generally subscribed to both precepts, but there was a disconnect for them. They got caught up in the commandments (the do’s and don’ts) and didn’t understand that those commandments pointed to something greater. Thus, they focused on what they took into their bodies instead of what came out of their hearts.

Jesus focused on the heart of the matter – human hearts. We would do well to refocus our attention in the twenty first century on human hearts as well, beginning with our own hearts. We search for ultimate truth within ourselves, but the hateful things that we detest in others are found within us also.

END_OF_DOCUMENT_TOKEN_TO_BE_REPLACED 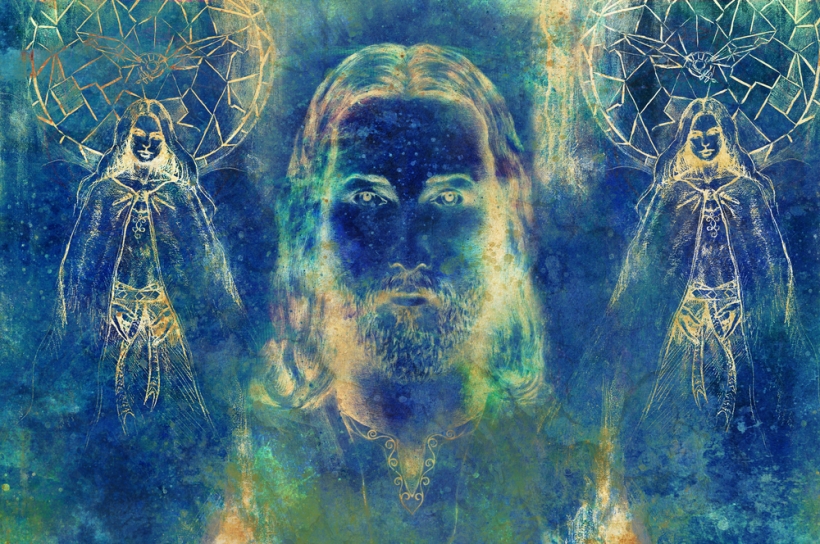 An elementary truth claim of Christianity is that God is a “Person”. Not a thing. Not a principal of reason or intangible construct, and not a feeling.

But what does that mean?

We are not much different from them, really, when we approach God as if God is an intellectual construct or feeling that we can conceive or conjure up. We are walking in the footsteps of our primitive ancestors when we see God as something indistinct from the universe. Our concepts may be more sophisticated, but only in degree.

The same is true when we view God as an abstract idea. An abstract idea, or ideal, is still a thing. Not a thing made of human hands, but a thing constructed by human intellect.

When we construct a god, whether by our hands or in our minds, or conceive of God as indistinct from the universe, we are not perceiving God in the way He is revealed in the Bible. These are “idols” that are poor substitutes for the Person of God.

END_OF_DOCUMENT_TOKEN_TO_BE_REPLACED

A recent blogger posted the following challenge: Questions about Christianity, do you have answers? I am not sure I have all the right answers, but I feel compelled to respond, nevertheless. Good questions are maybe more important than answers. This blogger asks some good ones, so I will attempt some answers.

Question 1: The Christian religion portends God knows past, present, and future, and only a select group of people will go to heaven. The rest, whom he gave their own ability to think for themselves are condemned to hell for eternity. If God allows people to be born he ultimately already knows [sic] will reject Christianity and are destined for hell [sic] would this not preclude God’s love and benevolence?

I don’t like the word, religion. Growing up Catholic, I never felt good about religion. I didn’t feel comfortable in church, and I recoiled from dogmatism. I became a believer in college after reckless alcohol and drug use, becoming a seeker and exploring philosophy, literature, poetry and world religions. I still don’t feel comfortable with religion.

Religion is what people do and how people appear on the outside. Reality is on the inside. God sees the reality of people’s hearts; we don’t.

Religion, I believe, is too much of a man made construct. Not that there is no truth in religion; it’s just that religion is an effort at boxing in metaphysical reality that more or less defies the effort. The box (religion) often isn’t as flexible and resilient as it needs to be.

I think that God knowing past, present and future (from our perspective) flows out of who/what God must be. This gets into cosmological and other “arguments”. Simply, if the universe had a beginning, it had a cause. They cause of the universe could not possibly be the universe. The cause had to be something other than the universe.

At this point, we don’t have the right words or perspective to flesh it out much further. Our perspective is subject to space/time and matter, so we naturally struggle describing something beyond it. The best conception we have is that God knows the past, present and future.

From our perspective, God did set the universe in motion “knowing” how it would play out. It sounds like you grew up in the Reformed tradition. I don’t understand that either. I don’t think God resigns some people to heaven and some people to hell, but what do I know?

I do think that will to choose is a necessity of love. If a man says he loves a woman but rapes her when she rebuffs his advances, no one would think that he loved her. Just the opposite. Love requires two freely willing entities. (Or it isn’t love.)

As for hell, I think it is a construct. It’s an attempt to define a particular reality that isn’t good. (Not all Christians believe in eternal flames.) It is the reality of not choosing or choosing not to love and embrace God. If God is love, rejecting or failing to choose God leaves a person without love (at a minimum).

I have come to conceive it kind of like gravity and other laws of physics. It’s just the way it is. I don’t know what hell really is. Some people say that people who reject or fail to choose God just cease to exist, and they have strong arguments from Scripture for that view. I really don’t know, and I am not willing to claim that I do.

CS Lewis, in the book, The Great Divorce, explores the idea of hell being an extension of our existence on earth (as is heaven) in which people are forever moving away from each other and fading into a shadowy existence. We choose the direction we go; and though we are free to choose otherwise, at some point, the inertia of our movement carries us along in the direction we have chosen. It’s not so much a single choice, but an untold number of small ones that can become reflexive over time.

CS Lewis also paints a picture in the last book of the Chronicles of Narnia that gets at the idea that we don’t know what is in the heart of a person, but God does. For want of time and space, the whole world is lined up in front of the Lion (the Christ figure) and most walk past Him. As each person approaches, they are either drawn or repelled.

One last thought: the conversation between Jesus and the thief on the cross suggests that a person can make the choice at the very last minute. Despite all the choices or failing to choose during life, if a person turns to God, even at the last minute, God will accept them. This makes sense if God is, indeed, love as Scripture says.

There is so much more to explore here, but time and energy suggest that I more on. END_OF_DOCUMENT_TOKEN_TO_BE_REPLACED

We might long, now, for life to return to normal, but I really hope it doesn’t.

The corona virus is a wake up call for everyone – for those who are vulnerable, and those who aren’t – because what we do doesn’t just affect ourselves. Our actions affect those around us. We are learning that lesson collectively.

The Bible puts it this way: if we sow the wind, we reap the whirlwind. (Hosea 8:7) We see the way it works out with the virus: one person can infect three, and three people can infect nine, and the spread of the virus spreads exponentially if we don’t take measures to arrest the unseen enemy of our bodies.

The same principles apply to sin. Our selfish, self-centered, self-absorbed, proud and arrogant sinful proclivities affect (infect) others, and the influence spreads.

It spreads to our children. It spreads to our spouses. It spreads to our co-workers, neighbors and people we contact inadvertently every day. What we do and what we say and the attitudes of our hearts, if they are informed, motivated and inhabited by the sinful nature within us, has unintended consequences … for ourselves and for others around us.

What we can’t see can and does hurt us and hurts others.

END_OF_DOCUMENT_TOKEN_TO_BE_REPLACED

God knows us intimately – better than we know ourselves. And He still loves us. 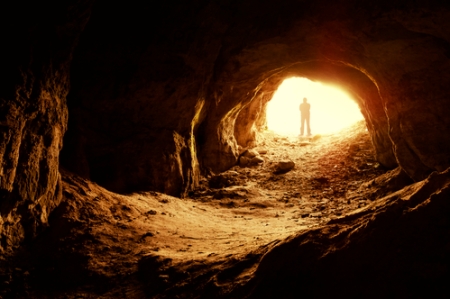 Psalm 139 is a favorite of mine. It can be very comforting knowing that God is intimately familiar with me. He knows my struggles, my good intentions, what I long for and what I need.

You have searched me, Lord,
and you know me.
You know when I sit and when I rise;
you perceive my thoughts from afar.
You discern my going out and my lying down;
you are familiar with all my ways.
Before a word is on my tongue
you, Lord, know it completely.

The idea that God knows me so well – even better than I know myself – is both a wonderful and a fearful thing!

Amazingly, even so, God loves me. He knows me intimately – better than I know myself. And He still loves me. END_OF_DOCUMENT_TOKEN_TO_BE_REPLACED