A scorpion stings. That’s what they do. That is their nature.

“The Aesop’s Fable I have come to most appreciate over the years is ‘The Frog and the Scorpion’ If you’re not familiar, it’s about a scorpion who asks a frog to swim him across the water. The frog doesn’t want to, because he’s afraid of getting stung. The scorpion points out that if he stings the frog, they will both drown. So the frog swims him, the scorpion stings the frog, and they both drown. Why? Because it is the nature of scorpions to sting.

“The moral: things act out of their nature, even at the expense of their self-interest. Or as my dad used to say, ‘a person will never do something that person wouldn’t do.’ Which, I suppose, could be rephrased, ‘A person’s always going to do what that person does.’ (My dad would say ‘peoples are peoples’)”

My “take” on the frog and scorpion fable is that we shouldn’t expect people to be anything other than who they really are. Despite what the scorpions tells you, the scorpion IS going to sting you. That’s what they do. That’s who they are.

Fables are meant to teach life lessons. The wise, theoretically, learn from them without having to experience those lessons firsthand. In reality though, it seems most of us have to learn our life lessons from experience.

These fables are still helpful by allowing us to crystallize those hard learned lessons in graphic ways that we can remember and pass on – if only people would listen. Right?

But what is the lesson? We might “walk away” the next time someone hurts us with a lie swearing under our breath, “Once a liar, always a liar! I will never trust him or her again!”

Fables teach us something about human nature, but fables don’t always give us specific guidance tailored to our own dilemmas. We still need wisdom to apply the lessons in our particular circumstances. “A word to the wise” requires wisdom for its application in our own lives.

“Truth is truth” (wherever it may be found) is a “truism” I like to repeat. Aesop may have been a very wise man (if there really was an Aesop), and Aesop’s fables carry with them the ring of truth, but truth is often more complicated than we like to think it is.

Just when you think you understand the laws of physics, quantum mechanics comes along and turns everything upside down. Further, the wisdom needed to address our particular circumstances doesn’t necessarily go hand in hand with knowledge and awareness.

The Frog and Scorpion fable rings true, but Scripture gives us a different angle on the truth of this fable and guidance that we need to deal with the scorpions in our lives. That lesson may not be immediately clear if we limit ourselves to the fable, itself.

END_OF_DOCUMENT_TOKEN_TO_BE_REPLACED

We are all innately sinful. That is what the story of the fall teaches us.

I find something incredibly refreshing in the stories of gay and lesbian brothers and sisters in Christ. Dr. Rosario Butterfield, David Bennett, Sam Alberry and others have had truly inspirational journeys in their Christian faith. I find unique comfort and encouragement in their stories.

By the time I became a believer and committed myself to Jesus Christ as my Lord and Savior in my very late teens and early twenties, I was very much a product of a society that objectifies sex, obsesses about sex and worships sex.

But, to be honest, I am not just a product of my environment. Attraction to women is innate in me. All of my life, as far back as I can remember, I have been attracted to girls. My first crushes are some of my earliest memories going back to even to preschool and kindergarten.

When I became a Christian, I began to recognize that the extent of the attraction, and the extent to which I fed the attraction, was unhealthy. In fact, it was sinful at the core. Jesus says if we even look at a woman lustfully, we have sinned.

The sin of sexual lust was ingrained deep within me. I can’t wholly blame the environment in which I grew up for the sinful lust that grew within me, though it was provoked and fed by that environment. The root of that sin grew deeply and innately from the core of my being.

I can only imagine a similar experience with same sex attraction. I understand Lady Gaga’s song, Born This Way, though I didn’t always understand it. While my heterosexual attraction is accepted and even celebrated in the world in which I grew up, my gay and lesbian brothers and sisters have had to labor under a general societal distaste and disdain for their same sex attraction.

When I first heard the assertion that people are born with same sex attraction, I didn’t believe it. It defied biology. It didn’t make common sense to me. I figured it is a deviation from the way things are supposed to be. It’s nuts and bolts.

I have come to realize that maybe people really are “born that way” – like me having an innate attraction to girls as far back as I can remember. I didn’t choose it. It is the way it is.

The thing is that any unhealthy attraction that is over-indulged and idolized is sin. Any inner urging that invites me to think and act contrary to conscience and what I know and understand to be God’s desire for me, if I indulge it or act on it, is sinful. I fight the struggle every day.

END_OF_DOCUMENT_TOKEN_TO_BE_REPLACED

We can’t judge God by the conduct of the people 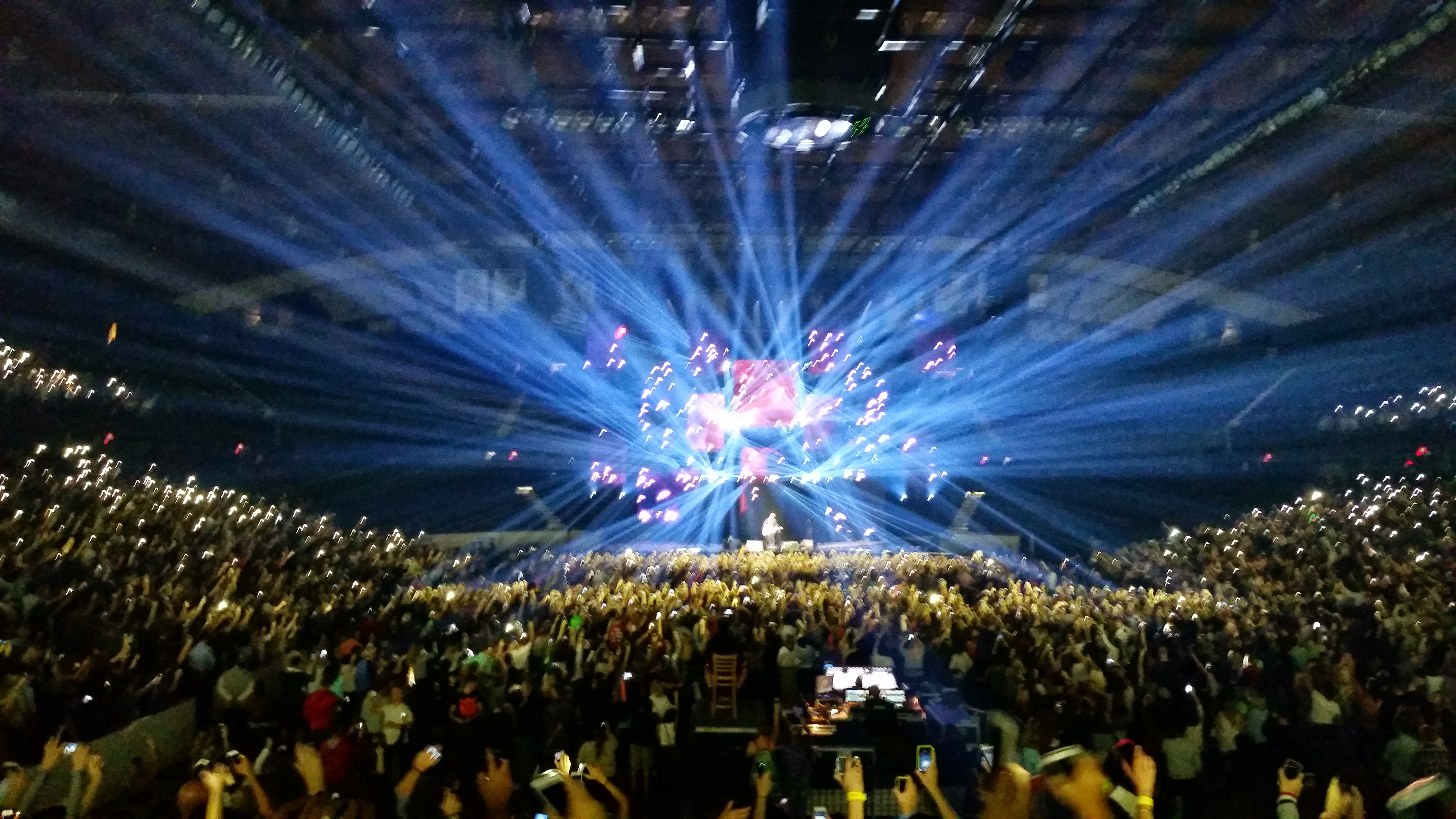 I have an old friend who is “disgusted” that many Christians supported Donald Trump and were a significant factor in Trump winning the election. She, like many women (and men), cannot get past the infamous words that Trump spoke how about a woman reporter. I won’t repeat them here. They are too vulgar for polite company.

My friend has been so turned off of Christians and “the” Church by the fact that many Christians voted for Trump and were a factor in electing him, that she no longer goes to church at all after decades of being a church-goer.

I don’t want to get into politics here. That isn’t the issue I’m focused on.

END_OF_DOCUMENT_TOKEN_TO_BE_REPLACED

He who is forgiven little, loves little.

The story of the sinful woman who wipes Jesus’ fee with her tears and anoints them with oil is a tender but rather uncomfortable story. [i] A Pharisee had invited Jesus to eat with him at his house. While reclining at the Pharisee’s table, a woman, a known sinner, came up behind him.

Where did she come from? How did she get into the Pharisee’s house? Was she, perhaps, a daughter of the Pharisee, one of whom he was not very proud? was there something else going on? We don’t know.

The Pharisee was taken aback, as we would be, mumbling to himself that surely Jesus must know who this woman is. Her reputation was well known, at least to the Pharisee.

END_OF_DOCUMENT_TOKEN_TO_BE_REPLACED

And, this is the problem: if God is perfectly good, and there is no bad in Him, we would corrupt Heaven if we entered there. Even the comparatively little bit of bad in the best person would pollute the perfect goodness of God. Just as the physical characteristics of people are virtually indistinguishable 110 stories atop the John Hancock Building, our relative goodness is indistinguishable from the perspective of the perfect goodness of God.

It is not that God would refuse us because of our imperfection; our own corruption (sin) is the problem. As Ezra pined, “Here we are before you in our guilt, though because of it not one of us can stand in your presence.” (Ezra 9:15) Our own sin keeps us from God; our sin separates us from God. The problem is us, not God.

We can not enter Heaven in our present state, the “place” where God dwells, because whatever “bad” we have in us would prevent us from entering. Like an invisible force field, we could not enter in. Our sin would catch us short.

A discussion of goodness and badness, however, really misses the point altogether. As I have said, “goodness” is defined by God, and only God is God. We are not. That may seem elementary, and it is – in the sense that it is essential to understanding our problem. To understand more completely, we have to go back to the beginning. END_OF_DOCUMENT_TOKEN_TO_BE_REPLACED