The progression of the revelation in the Scriptures takes us from the faith of Abraham, to the Law of Moses, and full circle back to the beginning and the ultimate purposes of God. 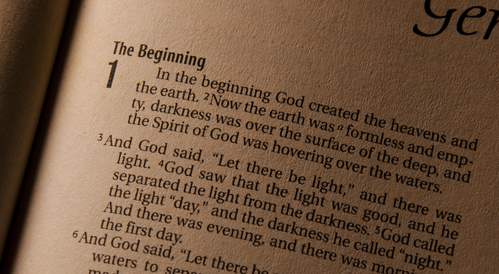 My new favorite Podcast is the Unbelievable Podcast by Justin Brierley on the Premier Christian Radio in the UK. I was listening this morning to a dialogue with Abdu Murray, a Muslim, turned Christian, and Aliyah Saleem, a Muslim turned atheist. The discussion got me thinking about the idea of progressive revelation in both scriptures, the Bible and the Qur’an.

Jesus doesn’t give us the option of ignoring or negating the Old Testament. Perhaps, the most famous example of the way Jesus interpreted the Old Testament is found in the Sermon on the Mount where Jesus said,

“Do not think that I have come to abolish the Law or the Prophets; I have not come to abolish them but to fulfill them. For truly I tell you, until heaven and earth disappear, not the smallest letter, not the least stroke of a pen, will by any means disappear from the Law until everything is accomplished.” (Matthew 5:17-18)

Rather than abrogation, we get the idea of progressive revelation. Jesus affirms, builds on and extends the intent and purpose of the revelations revealed in the Old Testament. Even more significantly, Jesus says He is the fulfillment of the Law and the Prophets.