Science suggests that the decisions we make are actually prompted by brain activity before we are conscious of making the decision. 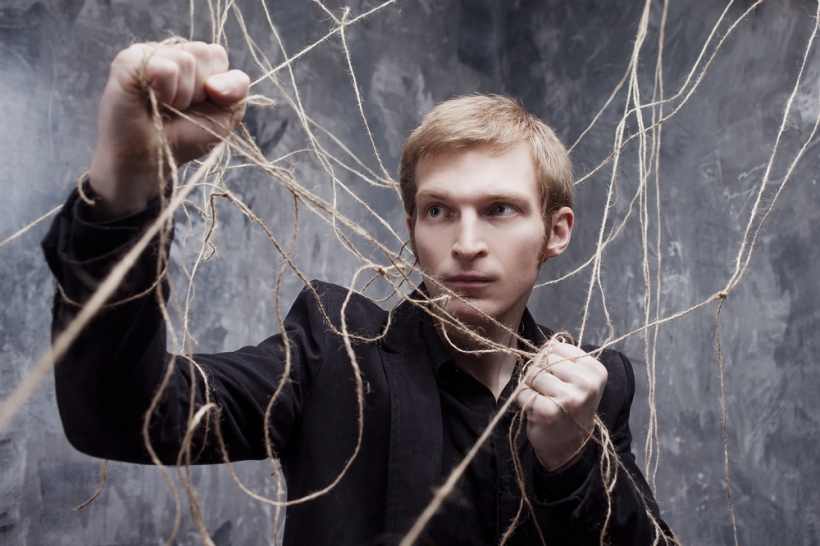 Do we have free will? Modern materialists say, no. This is what I learned watching an episode in a series on science that was hosted by Stephen Hawking on Public Broadcast Television.

This was interpreted as evidence by Hawking that we don’t have free will. The decisions we make are actually prompted by brain activity before we are conscious of making the decision. The conclusion is that we are responding to some prior stimuli and only think that we are making independent decisions. Hawking concluded, therefore, that we are determined, as everything is, by natural laws in an endless stream of cause and effect.

But wait, there is more. The scientist who conducted these experiments, Benjamin Libet, actually came to the opposite conclusions. And lest you think this is only an interesting experiment with no practical application, I find some interesting applications to our struggles with sin.

END_OF_DOCUMENT_TOKEN_TO_BE_REPLACED

Stephen Hawking recently passed away after living a remarkably full life in spite of being stricken by Lou Gehrig’s Disease at an early age. He was one of the most influential people of his time, not because of his condition, but because of his mind. He was brilliant and pioneered new understandings of the universe through applied mathematics in the field of cosmology.

Hawking is a voice that people listened to, not only in science, but in the application of science to such things as philosophy and the origin of the universe. Hawking may have toyed once with the idea of God, but he became an atheist. He chose, as have many a modern scientist has chosen since the 19th century, to view the world without reference to God.

In this article, I explore some comments made by Hawking’s colleague, John Lennox, who begins a recent interview by extolling the brilliance of Stephen Hawking and his scientific achievements. The subject is the existence of God. I also introduce two very young geniuses who have different takes on the subject of God.

The subtext of the article is this: when Hawking went beyond the science that he knew so well, and entered into the arena of philosophy, he stumbled. Hawking, the great scientist and intellect, wasn’t a philosopher, though he sought to wield his influence in that direction. John Lennox quoting Martin Rees, a cosmologist, astrophysicist and 40-year colleague of Stephen Hawking, points out in the segment of the interview that follows that Hawking is not well read in the areas of philosophy and theology:

This unfamiliarity with sophisticated philosophy and theology led Hawking to make some very unsophisticated statements. For instance, his pronouncement that “philosophy is dead” is at best ironic. The statement, itself, is a philosophical one which, if true, undermines the very assertion being made.

Without diminishing Stephen Hawkins’ contributions to science, we need to view his philosophical comments for what they are worth. Since Hawking was a such a giant in his own scientific fields with which he was intimately familiar, we tend to let statements, like the one above, go by unchallenged. The danger in that is to allow some questionable philosophy into our view of the world.

END_OF_DOCUMENT_TOKEN_TO_BE_REPLACED

I’m not a scientist, and I am not even “a science person”, though I have become much more interested in science as an adult than I was as a child. I am more of a philosophical and theological person. My background is English literature, world religions, and American jurisprudence (law).

We give scientists quite a bit of deference in our modern society, and so we should. They are peeling back the layers of this universal onion in which we live. Scientific discoveries are fascinating, life-changing and significantly valuable.

I would be quickly lost in the weeds in a discussion of science among scientists, but scientists are human. They have flaws, and they usually are not schooled in philosophy or theology.

For instance, Stephen Hawking, is one of the most brilliant scientists of our age. In his book, The Grand Design, he says, “In a world in which a law like gravity exists, the universe can and will create itself out of nothing.” This isn’t a statement of science; it’s a philosophical statement with theological impact. But does it make sense?

END_OF_DOCUMENT_TOKEN_TO_BE_REPLACED

“A great scientist, even like Stephen Hawking, if he had to admit a creator, it would be unavoidable, he would have to seek him because he is a great scientist.”

I recently listened to a conversation between Ravi Zaccharias and Professor David Block. Professor Block is currently the director of the Cosmic Dust Laboratory at the University of the Witwatersrand in Johannesburg and a Professor in the School of Computational and Applied Mathematics. His accomplishments speak for themselves.

David Block was elected as a Fellow of the Royal Astronomical Society of London when he was 19. Block had a paper (on relativistic astrophysics) published by the Royal Astronomical Society in London when he was 20. Block has a Master of Science degree in relativistic astrophysics and a PhD that focused on the morphology of spiral galaxies. He has participated as a visiting research scientist at Australian National University, the European Southern Observatory in Germany, Harvard University, the California Institute of Technology and the Institute for Astronomy at the University of Hawaii and other places.

And there is more. Professor Block has been featured on the cover of the prestigious scientific journal, Nature, twice. He won the NSTF-BHP Billiton award in 2013 for “outstanding contribution to SETI through Communication for Outreach and creating Awareness over the last 5 years – sponsored by the South African Agency for Science and Technology Advancement (SAASTA)”. He wrote a book for which two Nobel Laureates wrote the preface.

US astronomer, John Kormend, says, “David Block is to South Africa what Carl Sagan was to American astronomy – his pioneering discoveries are reshaping astronomical paradigms….” David Block was the person to accompany Stephen Hawking and introduce him when he met Nelson Mandela.[1]

These things are relevant when considering the conversation he had recently with Ravi Zaccharias. He isn’t just some self-important Internet pundit. He is highly respected for his science, and he is a Christian.

In that context, Block says, “A great scientist, even like Stephen Hawking, if he had to admit a creator, it would be unavoidable, he would have to seek him because he is a great scientist.”

END_OF_DOCUMENT_TOKEN_TO_BE_REPLACED

I haven’t heard anyone say specifically that nature caused itself, in so many words,(other than the Hawking axiom about the laws of gravity causing the universe), but that is the question begged by any assertion that God doesn’t exist. Anyone who maintains that nature and natural causes are the beginning and the end of all reality is begging that question: did nature cause itself?

Perhaps the greatest obstacle to the assertion that nothing supernatural exists is the Big Bang. The Big Bang is accepted science. The evidence is very compelling, though it wasn’t received well when it was first postulated. The thought that the universe was not eternal and had a beginning was thought to be “repugnant” and to “betray the very foundations of science”.[1] This is because a beginning to the universe suggests that the universe had a Beginner.

The initial reluctance to accept the Big Bang has changed as the evidence has piled up. END_OF_DOCUMENT_TOKEN_TO_BE_REPLACED