The substances that correspond to our natural desires satisfy them only temporarily. We thirst, and drink, and we thirst again. We hunger, we eat, and we hunger again. What’s the point? 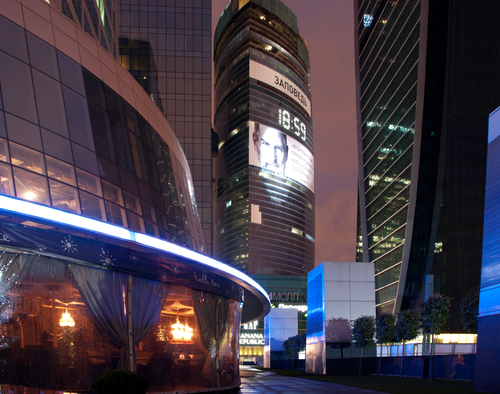 “I reached the pinnacle of success in the business world. In others’ eyes my life is an epitome of success.
However, aside from work, I have little joy. In the end, wealth is only a fact of life that I am accustomed to.
At this moment, lying on the sick bed and recalling my whole life, I realize that all the recognition and
wealth that I took so much pride in, have paled and become meaningless in the face of impending death.
You can employ someone to drive the car for you, make money for you but you cannot have someone to bear the sickness for you.
Material things lost can be found. But there is one thing that can never be found when it is lost – ‘Life’.
….
Whichever stage in life we are at right now, with time, we will face the day when the curtain comes down.
….
As we grow older, and hence wiser, we slowly realize that wearing a $300 or $30 watch – they both tell the same time…
Whether we carry a $300 or $30 wallet/handbag – the amount of money inside is the same;
Whether we drive a $150,000 car or a $30,000 car, the road and distance is the same, and we get to the same destination.
Whether we drink a bottle of $300 or $10 wine – the hangover is the same;
Whether the house we live in is 300 or 3000 sq. ft. – loneliness is the same.
You will realize, your true inner happiness does not come from the material things of this world.
Whether you fly first or economy class, if the plane goes down – you go down with it….”

These are the last words from Steve Jobs, reportedly.

I return to this same theme often in my thinking and writing: this life is short. We put so much energy into it, and we act often as if our time on this Earth will continue indefinitely, but it won’t. It doesn’t matter how accomplished, wealthy or powerful a person is, death is inevitable.

The recent suicides of Anthony Bourdain, the famous cook, food connoisseur and TV personality, and fashion designer, Kate Spade, are reminders that health, wealth, fame and influence do not satisfy our deepest longings and do not provide sufficient meaning or purpose in life to overcome depression. Many very wealthy and influential people have taken their own lives, suggesting that having everything a person might desire in the material world still leaves us lacking. So what is the point of life?

Not only can we not take material wealth, power, fame and influence with us when we die; it doesn’t ultimately satisfy us during life.

This isn’t a new realization. Solomon, considered one of the wisest people to have lived, observed the same thing thousands of years ago. He found that wealth, pleasure and even wisdom, itself, are ultimately meaningless if all we do is live our lives and then die. This is the reality, yet we all yearn for something more.

What causes us to yearn for more when the reality of death is so obvious and final? We don’t we just accept that reality? What causes people to want to end their short lives even sooner than our natural lives would allow?

The fact is that we do yearn for something more, and that yearning is universal. It has existed throughout human history, around the world and among all people groups. Though life seems doomed to the finality of death, we sense there is (or should be) something more. Solomon’s answer is that “God put eternity in the hearts of men”. (Ecclesiastes 3:11) But is it just a cruel joke?

CS Lewis would say that we thirst, and there is water to quench our thirst. We hunger, and there is food to satisfy our hunger. The appetites we experience correspond with substances to sate them, but those substances that correspond to our natural desires satisfy them only temporarily. We thirst, and drink, and we thirst again. We hunger, we eat, and we hunger again. What’s the point?

If there is any meaning to life, it certainly can’t be found in the temporal satisfactions that are only temporary. They don’t ultimately fulfill. If these things are all there is, life is not just meaningless, but cruel. But maybe, just maybe, they suggest something else.

This is the point that CS Lewis makes. There is something more. If there wasn’t, we wouldn’t yearn for it. We wouldn’t sense it. We wouldn’t be disappointed with this life. Jesus was addressing our yearning when he said”

“Let anyone who is thirsty come to me and drink. Whoever believes in me, as Scripture has said, rivers of living water will flow from within them.” (John 3:37-38)

Jesus promises water that will quench our thirst so that we will never thirst again – not in this life, but in the life beyond natural death.

Maybe the point of this life is to allow the ability to choose our eternal destiny. The yearning we have is for the purpose of clueing us in to the decision we can make, the decision to seek something greater than earthly treasures that will rot, rust and spoil. Jesus pointed us to something greater, and then he died and rose again to show us that what he offers, God can deliver for us.

2 thoughts on “The Dissatisfaction of Life”