A person posed this question to N.T Wright: “If my body decays, and goes on to become reconstituted into plants and animals and things, what remains? What is essentially me?” NT Wright responded by noting, first, that Tertullian and Origen discussed this question in the 2nd and 3rd centuries, and CS Lewis picked up the same theme in the 20th century in his book, Miracles.

CS Lewis observed that fingernails, hair, skin and the entire the human body are in a constant condition of flux. “Bodies change their entire molecular kit once about every seven (7) years”, Wright noted. 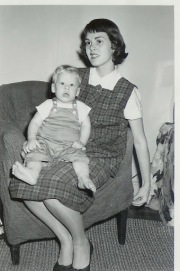 All of the molecules in my body have switched out many times over those years, yet I am still recognizably me. Maybe a bit larger, with gray hair and visibly aged from my mid-twenties, but I am still me even though none of the same molecules exist in my 60-year body.

NT Wright re-phrased the question in different ways: If a ship goes into a port and one year later, after all parts of it have been replaced, it goes into port again, is it the same ship? If my grandfather has a spade, and replaces the blade and handle several times, is it the still the same spade?

I don’t know about a ship or a spade, but as for me, I know that I am still me even though I don’t have a single molecule left over from my 22-year old self. I have more experiences; I have gained more memories. People can see in my body and mind some resemblance of the “me” they might remember.

Though memories aren’t physical things I can show anyone, I can describe them, and people who share those experiences with me can recognize them. Those nonphysical memories are undeniably “part” of “me” – things I have picked up along the way in addition to the extra weight in my physical body.

On this day six (6) years ago, Facebook informs me that I posted this quotation from CS Lewis:

This mystery is extended in the death and resurrection of Jesus. Through Jesus, God promises to give us new bodies. Our bodies will be changed, Scripture says, but each one of us will remain the same person and be recognizable. Biblical scholars say we will be more fully us then we were before.

In a sense, it’ will be the opposite of the saying about a sick person who is “just a shadow of himself.” Except, the perspective will be reversed. We will see that our bodies were just a shadow of what we will become. Wright says there is a “real you” that is much more like you, vividly more like you, then you are now.

Getting around to attempt an answer to the question posed, NT Wright says, “Nowhere in the New Testament does it describe a soul leaving a body and going to heaven.” What does he mean?

END_OF_DOCUMENT_TOKEN_TO_BE_REPLACED

Whatever our experiences, our beliefs often win out. Our beliefs are not always divorced from what we want to be true, though they may be (by the same token) disconnected from reality.

This blog piece follows a summary of what Habermas says about NDEs. (See Habermas on Near-Death Experiences) I am picking up here where I left off about the near-death experience of the famous atheist, Sir Alfred Jules (AJ) Ayer, that is self-described in the article, What I Saw When I was Dead. This piece explores beyond the suggestions Habermas makes (that NDEs may be influenced by worldview) and gets behind the public persona of Ayer after his NDE.

To the extent that Ayer is “arguably the most influential 20th century rationalist after Bertrand Russel“, his encounter with a seemingly irrational near-death experience is interesting indeed.

END_OF_DOCUMENT_TOKEN_TO_BE_REPLACED

Many accounts of near-death experiences can’t be explained by the involvement of the central nervous system.

I have recently watched a number of recollections of near-death experiences (NDEs). I also recently listened to a lecture by Gary Habermas, who has studied NDEs for more than a couple of decades. He notes that NDEs have been known for millennia. Some scholars speculate that Plato ‘s Myth of Ur is about a real NDE. There are even near-death experiences recorded in Scripture.

I had no idea NDEs were so common. Habermas says Americans, alone, have reported about 8,000,000 NDE experiences, and they occur around the world in all cultures.

Many NDEs could be made up, though there are many similarities among the reported NDEs. Just listening to a dozen or so of them I could identify the similarities. NDE accounts often don’t fit with worldviews, including the Christian worldview.

Naturalists, however, have the most difficult position in respect to NDEs. Naturalism is the premise that the universe is comprised of nothing but material things: matter, motion, time and space. They hold to a position that no transcendent or supernatural reality exists.

How do we deal with NDEs? How do we account for them?