The critical truth of most stories is contained within the story itself. 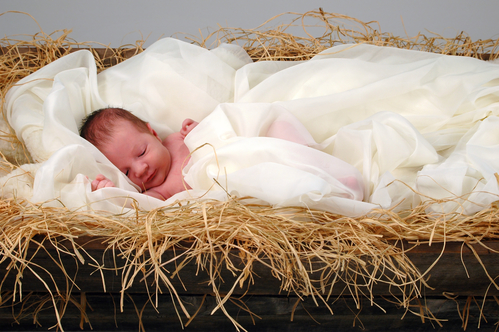 I was reflecting before God this morning and praying when the following question arose in my head: whether it is more important to believe the historical fact of the biblical stories or to believe the stories themselves.

For whatever reason, the story that occurred to me as I was thinking about this is the story of Lot’s wife. After they left Sodom, a place that was known for its wickedness and sin, a place in which God could not identify even 10 good men, she turned back (against the orders of God’s angels that led them (delivered) them out of Sodom), and she turned into a pillar of salt.

Is there really a pillar of salt somewhere in the vicinity of Sodom where lot’s wife turned back? Does it matter?

As I was thinking about the question, it occurred to me that the story is what matters. Sodom is representative of depravity, wickedness and sin, the nature of the world around us in which we live, the state of a person who has not given himself or herself over in loving submission to the God who made us. God calls us out of that sinful state to follow Him. this is true whether Lot’s wife turned into a pillar of salt or not.

In the Midrash, Lot’s wife is identified as a Sodomite. Sodom was her hometown. We read in Genesis that Lot was slow in leaving when the angels warned him to get out. The Midrash suggests that Lot’s wife didn’t want to leave, and she left only reluctantly. The Hebrew word translated “looked back” implies a “wistful regard”. (See the Pulpit Commentary on Genesis 19:26 in BibleHub)

It seems that Lot’s wife really didn’t want to leave Sodom and looking back was as much an act of the heart (desiring to be back in Sodom) as a physical one. The application to us is that we should not be tempted to look back wistfully on the sinful lives we once lived. It’s like a dog returning to its own vomit. (Proverbs 26:11 and 2 Peter 2:22) Why would we turn back to the sin from which we escaped? And yet we tend to do that.

Returning to the point of the question that arose in my mind this morning, I am reminded that “all Scripture is God-breathed and is useful for teaching, rebuking, correcting and training in righteousness….” (2 Timothy 3:16) The Scripture is what is useful, not necessarily that the stories are true. The critical truth of most stories is contained within the story itself.

END_OF_DOCUMENT_TOKEN_TO_BE_REPLACED

When skeptics claim that Bible believers are biased, they are right. The truth is we all are biased, skeptics included. Some may be more aware of their own bias than others, but we all have our biases.

I am fascinated with stories of people who had one “bias” at one time and changed to the opposite “bias”. It happens both ways: atheist to believer/believer to atheist. Someday I will explore the similarities and the differences in those stories. There are some common threads, but that is a topic for another day. END_OF_DOCUMENT_TOKEN_TO_BE_REPLACED

I recently saw Shakespeare’s King Henry VIII at the Chicago Shakespeare Theater. The play, Shakespeare’s last one performed at the Globe Theater approximately 400 years ago, was very well done. The story line is not as compelling as most of Shakespeare’s works, but the interrelationship of church and state theme struck a chord with me, albeit a discordant one.

King Henry the VIII was born into aristocracy. Young Henry was appointed Constable of Dover Castle at age two, Earl Marshal of England and Lord Lieutenant of Ireland at age three, inducted into the Order of the Bath soon after, and a day later he was made the Duke of York. A month or so after that, he was made the Warden of the Scottish Marches. He had the best education available from the best tutors, was fluent in Latin and French and was familiar with Italian.

For all of his privilege, he was not expected to become king. His brother, Arthur, Prince of Wales, was the first born and heir to the throne, but Arthur died only 20 months after marrying Catherine of Aragon (daughter of the King and Queen of Spain). Henry VIII was only 10. (Wikipedia)

Henry became the Duke of Cornwall and assumed other figurehead duties. His father, the King Henry VII, made sure young Henry was strictly supervised, did not appear in public and was insulated from real authority. Henry VII quickly made a treaty with the King of Spain that included the marriage of his daughter, Catherine, to young Henry – yes the widow of recently deceased brother Arthur. (Wikipedia)

From this point begins a history of manipulation, abuse of power, shameless excess and rationalizations twisting biblical and religious notions to serve the king’s self-interest. This is a story that parallels the “marriage” of State and Church. The two are intertwined in an adulterous affair of blasphemous indiscretions.