We must recognize injustice and speak to it if we are going to represent God, the Father, accurately to the world. 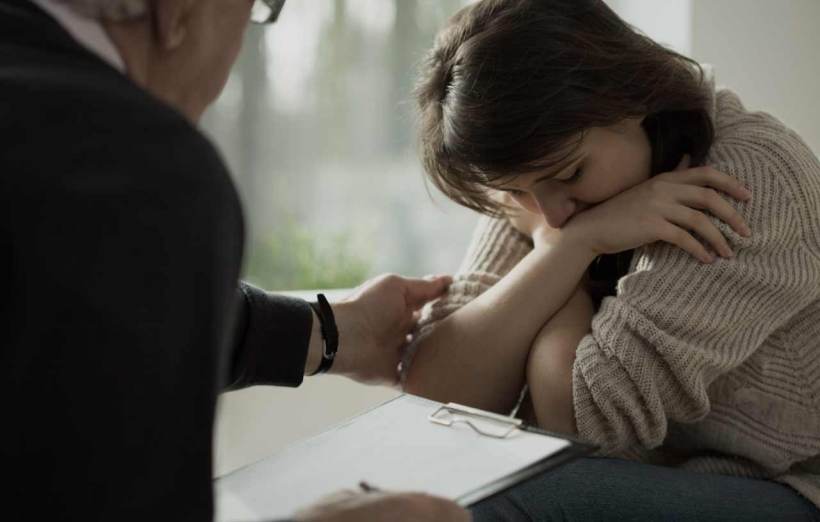 In Evangelicalism and Injustice Part I, I discussed how the evangelical world has been a champion of preaching the Gospel, but we have not been champions of doing justice. In fact, we have shied away from it.

Less Gospel-orientated people, religious and otherwise, have rushed in to fill the void we have left, including people with philosophies and worldviews that are hostile and antithetical to the Gospel. I will address those things in a follow up post.

Meanwhile, the burden that weighs on my heart in these days is that our God is a God of righteousness and justice at the very foundation of His throne. (Psalm 89:14) This should be our foundation too as children of God our Father.

Jesus carried that great pillar of God’s character forward in the parable of the sheep and the goats, instructing his followers that those who will be blessed by God and receive their inheritance at the throne of God (calling Psalm 89 to mind) are the people who feed the hungry, give drink to the thirsty, invite the stranger in, clothe those in need, heal the sick and visit prisoners.

Jesus announced his ministry by reading from the Isaiah scroll. He said that God anointed him to preach the gospel to the poor, to proclaim release to the captives, and recovery of sight to the blind, and to set free those who are oppressed. (Luke 4:18-19, quoting from Isaiah 61:1)

The good news (the Gospel), in this way, is holistic. Jesus demonstrated that holistic approach of preaching good news and doing justice in his ministry. If we are to be his followers, we should do what Jesus did as he did what he saw the Father doing. (John 5:19)

When Jesus quoted from Isaiah, the prophet, he was calling to mind the great theme of all the prophets, which is the call of God to His people to do justice. Zechariah, for instance, says,

“This is what the Lord Almighty said: ‘Administer true justice; show mercy and compassion to one another.'” (Zech 7:9)

“‘Do not oppress the widow or the fatherless, the foreigner or the poor. Do not plot evil against each other.'” (Zech 7:10)

James picks up the same theme in the New Testament.

“Religion that God our Father accepts as pure and faultless is this: to look after orphans and widows in their distress and to keep oneself from being polluted by the world.” (James 1:27)

James emphasizes the need for doing, not simply giving mental ascent to what Jesus says. The example he provides falls into the Old Testament definition of “doing justice”:

“Suppose a brother or a sister is without clothes and daily food. If one of you says to them, ‘Go in peace; keep warm and well fed,’ but does nothing about their physical needs, what good is it? In the same way, faith by itself, if it is not accompanied by action, is dead.” (James 2:15-17)

Evangelicalism has been very good at preaching and proclaiming.  Many evangelical organizations exist, like Administer Justice (which I mentioned in the first blog article), that both proclaim the good news and do justice (meet the needs of the poor, the oppressed, the prisoners, widows, orphans and strangers), but evangelicalism, as a whole, falls a bit short on the justice side of the equation. Let’s be honest.

Many people accuse us of being silent on issues of injustice, like the racial injustice that still plagues our nation. I see some changes on that front recently, but the critics are not completely wrong on that score.

We should not allow ourselves to be shamed by this. There is no condemnation for those who are in Christ, but that doesn’t mean that God would have us sit on the sidelines in the arena of justice. Justice is a pillar of God’s character and, therefore, should be primary on the hearts and minds of believers.

While it’s true that the Gospel provides a different view of justice (and how to address it) than the views that inform secular society, that is no reason for us to remain silent in the face of obvious injustice. We can even agree with the secular world on the fact that injustice exists.

We may have even been complicit in it, especially in our silence.

While we may define injustice somewhat differently than our secular counterparts, there is much overlap. People know injustice when they see it. Even kids know when something isn’t fair. We should not be shy to recognize it and speak to it.

We must recognize injustice and speak to it if we are going to represent God, the Father, accurately to the world. More importantly, we must do justice as we follow Jesus who demonstrated for us the character of the Father.

The world needs to hear us on the subject of injustice because we have the ultimate solution to it – the Gospel. But, if all we do is preach, without rolling up our sleeves to feed the hungry, provide water to the thirsty, welcome in the stranger, cloth the naked, minister to the sick and visit those in prison, our voice in the world will not carry the authority and authenticity of Jesus.

One blind spot in evangelicalism, with its emphasis on the individual, is the failure to speak to the existence of systematic injustice. Perhaps, this is due, in part, to the fact that we have aligned ourselves so closely with the conservative side of the political spectrum and its agenda.

The evangelical church is largely absent from the discussion about addressing systematic injustice, and so the national dialogue is led primarily by people whose worldviews are antithetical to the Gospel. It’s time we stepped up and got involved.

John MacArthur, contrasts worldly justice to God’s true justice, and calls the worldly efforts to bring about justice on the earth as “the Baal of our time” that has seduced the evangelical church. He may have a point, to the extent that evangelicals accept and embrace the principals that inform those worldly efforts. This is no less true of human philosophies that inform a conservative agenda, as it is for progressive agendas.

God doesn’t give us a pass on doing justice now, in this world, just because He will judge the word and right all the wrongs in the future. God calls us to do justice now:

He has told you, O man, what is good;
and what does the Lord require of you
but to do justice, and to love kindness,
and to walk humbly with your God? (Micah 6:8)

Though the world and its would-be justice doers who construct justice in their own image reject God, God’s people are called, nevertheless, to do God’s justice in the world. Though the world is doomed to judgment to the extent it forsakes its Creator, yet our lives are to be characterized by following Jesus in proclaiming the good news and doing justice. We should not abdicate doing justice to those who reject God and the Gospel.

If you feel God tug on your heart today to follow Jesus in doing justice the Gospel way, one place, among many, to get involved is with Administer Justice. You can learn more here. If you are a lawyer, there is a ministry for you, but you don’t have to be a lawyer to be able to justice. If you are part of the Body of Christ, there is  role for you.

In the blog article to follow (Critical Race Theory from a Christian Perspective), I will summarize a very good discussion between Alyssa Childers and Monique Duson on the differences between critical race theory and biblical notions of justice. Though we should not sit on the sidelines on justice issues, we should be careful that we are advancing the Gospel and not a false gospel as we get involved.