Are religious beliefs only the product of environment? 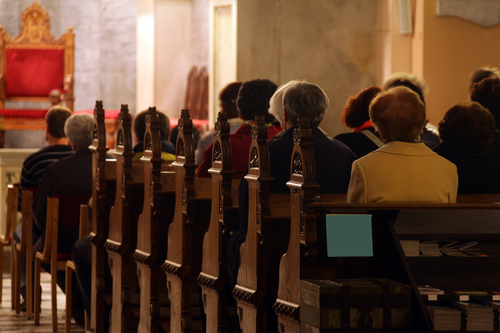 Hugh Ross, an astrophysicist turned Christian minister and apologist, was interviewed on Justin Brierley’s podcast, Unbelievable!, with Peter Atkins, the famous Oxford professor of chemistry and avowed atheist. If you haven’t listened to Justin Brierley’s podcasts, I heartily recommend them. He handles very difficult subjects with people on opposite ends of the spectrum in a very gentlemanly, informed and thoughtful way.

The Hugh Ross/Peter Atkins interview (debate) was no exception, though Peter Atkins was a bit less civil in his discourse than Hugh Ross and the host. Brierley, who seems unflappable, didn’t miss a beat, but I was particularly impressed by the kind patience of Hugh Ross, though disappointed that he was often interrupted and not allowed to finish what he was saying.

I recently read a post interview statement from Hugh Ross that puts things in perspective. It provides some background and insight into the interview and the reason, perhaps, of the hostility evident in Peter Atkins demeanor. But first, let’s consider the position that Peter Atkins takes before we consider why he was so hostile.

Peter Atkins takes the position, that Richard Dawkins also takes, that people largely believe what they are conditioned to believe. People’s religious beliefs, therefore, are dictated by where they grew up, the culture and tradition to which they are exposed and other conditions that have nothing to do with the truth of the particular religious or philosophical proposition. Belief, according to them, is entirely an accident of external circumstances and conditions.

Both Atkins and Dawkins claim to base their worldviews entirely on the scientific evidence and on the scientific evidence alone. Both claim that Christians believe what they want to believe, ignoring the actual evidence or in spite of the actual evidence (“in the teeth of the evidence” as Dawkins puts it). If we know a little bit about their own stories, though, we see an immediate disconnect. And, if we think about the story of Hugh Ross, and others, that disconnect gets even more pronounced.

I don’t know much about the story of Peter Atkins other than what he revealed in the interview, but what he said caught the attention of Hugh Ross. Atkins said he grew up in a home in which religious beliefs were forced upon him. Obviously, his circumstances and conditions didn’t dictate his beliefs because he rejected them. The same is true of Dawkins. In his first debate with John Lennox using his book, The God Delusion, as the debate format, Dawkins described his upbringing in a heavily Anglican influenced environment. Dawkins also rejected what his upbringing suggested to him.

I suppose that the two gentlemen would likely hold themselves out as exceptions, but the incongruity between their views and their own stories is something that shouldn’t be brushed aside.  If we dig a little bit deeper and search a little wider, we find other incongruities.

For instance, we don’t have to go any further than Hugh Ross, who sat across the table from Peter Atkins in the Brierley interview. Hugh Ross grew up in Vancouver, Canada, in a completely non-religious household. He was a science “geek”, and his only exposure to religion was to Eastern religions because the population in his neighborhood was largely Asian.

The story of Hugh Ross is fascinating because he came to faith through science. He never set foot into a church, never heard a sermon and says he didn’t even really know a Christian before he determined, through his own exploration of the Bible, in light of the science to which he had devoted himself, that the Bible was scientifically accurate, if read from the right perspective. Hugh Ross clearly wasn’t influenced by his upbringing and the circumstances of  his life to become a Christian.

Ironically, Peter Atkins may have been influenced by his upbringing more than he lets on. He was influenced not to become a Christian, but to reject Christianity because, as he says, it was forced upon him. The influence, perhaps, is evident in the hostility he has toward Christianity. If it is just a matter of fact, why so hostile?

In the interview, when  Justin Brierley asked Hugh Ross if anything might change his mind about the truth of God and the Bible, Hugh Ross didn’t hesitate to list off several things that might cause him to change his mind. When Brierley asked the same question of Peter Atkins, he said, “It would be more likely that I would go mad than to find such evidence!” His response didn’t leave any doubt that Atkins was quite closed (even hostile) to the idea.

Atkins’s response isn’t the type of response one might expect from an open-minded academic. Peter Dawkins responded in similar fashion when he was asked the same question by John Lennox in their first debate. Again, why the hostility?

Perhaps, the answer lies somewhat in the assertions that Atkins and Dawkins both make – that belief is (or can be) more of a product of environment, upbringing and circumstances than a matter of evidence or fact – but not in the way they mean it. Their focus is on all the people who “believe” (in whatever they believe). They seem to exclude themselves from the proposition. They seem to imply that intelligent nonbelievers, like themselves, have risen above the common inertia that mold people into believers.

Isn’t it possible that Atkins was influenced by the religious beliefs that were foisted upon him to reject them? It would tend to explain the outright hostility. I don’t know enough about Richard Dawkins to comment, but it is true that negative experiences with religion tend to influence people away from religious belief. To that extent such a person is being influenced by his environment to embrace non-belief, not by academic, scientific evidence and facts, but in reaction to the environmental influences.

Gary Habermas, a professor at Liberty University, has studied the phenomenon of doubt as one of his academic endeavors, and has written extensively on the subject. Among the things I have heard him say is that atheists have a higher incidence of negative experiences with father figures than the believing population. He readily acknowledges that there is some kind of statistical correlation, but it certainly isn’t true in every instance.

Still, the statistical correlation suggests that atheism may be influenced by an emotional response to negative experiences in some people.

If you listen to Hugh Ross’s story, you will hear a story that doesn’t reflect the proposition that the two atheists assert. He didn’t grow up with any Christian influence. He was brought up in a non-religious, secular household in which the dominant influence was science. He read every book in his local library about science as a young teenager and knew he wanted to be an astrophysicist by the age of 12.

While statistically, some correlation likely exists between upbringing, culture and religious beliefs, the examples are ubiquitous of people who don’t swim in the same direction as the cultural and societal flow. That is especially true today with the availability of information on the Internet.  No doubt many people are influenced to conform in their religious beliefs to the culture and upbringing they know, but that clearly doesn’t define all religious belief. Hugh Ross is just one example.