How should Christians engage the world? 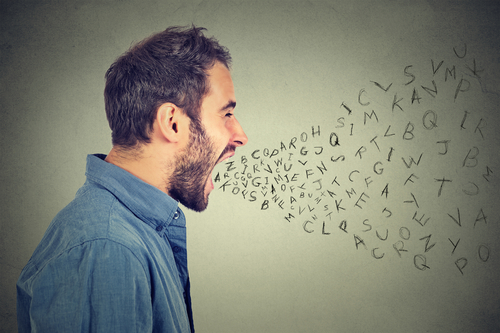 I spend a fair amount of time on social media. Too much probably, but I see it as a way to connect with family, friends, the community and the world. As a Christian, it is a place where I can be salt and light, if indeed I am led by the Holy Spirit and exhibit the heart and mind of God. That is my aim. I am sure I fail at times.

In my reading of the Gospels, I get the distinct impression that Jesus did too. He was  Jew, born into a Jewish family and grew up in the Temple, learning the Scriptures and engaging in the community of God-believers. When God became flesh, he came to His own, and we are told His own (many of them) didn’t receive Him. (John 1:11) “Yet to all who did receive him, to those who believed in his name, he gave the right to become children of God— children born not of natural descent, nor of human decision or a husband’s will, but born of God.” (John 1:12-13)

Jesus didn’t just “stick to his own”. He was open and inviting to anyone and everyone. In the process, He was even accused by “his own” of fraternizing with people His own community saw as “them”. Jesus easily crossed the barriers that separate people into “us” and “them”. The Samaritan woman at the well was taken aback that Jesus, a Jew, would even talk to her, a Samaritan and a sinful one that (likely living on the fringe of her own culture).

Jesus was open and welcoming to all who engaged Him. Roman Centurions, Samaritan, tax collectors, Pharisees, unclean and adulterous women. He treated everyone with love and compassion. He addressed people where they were. Though He almost inevitably challenged the people who came to Him with the truth of God and the Gospel, He did it with tender love and compassion. The only times we really see Him getting angry was with the religious leaders.

I have a point in saying these things, and it has to do with social media and the way Christians interact with “the world”.

For many Christians today, our only interactions with the world is at work, in grocery stores as we go about our busy lives and on social media. Of those places on interaction, social media may be the only place we really dialogue about important things. Too often that dialogue takes on an us and them character. It seems that most cultural and political discussions draw us into confrontations in which we seem to feel that we must defend our turf.

Maybe we confuse what our turf is.

In the United States, we seem to feel that we need to defend the church against the encroachment of the state. In the process, we seem to find ourselves defending things that are so peripheral to the Gospel as to be of very dubious importance to the Gospel. Gun laws, Donald Trump, Republicans, private insurance, tax laws and many other things. If I were a non-Christian, I might get the impression that the Gospel is nothing more than a conservative, political platform.

Jesus urged us to follow Him. If we are to be honest and candid, it’s hard to find an example of Jesus addressing the Roman government in any of he many dialogues he had with people in the Gospels. Render to Caesar what is Caesar’s is about as close as he gets to a discussion of the political state in His time. In essence, As I read that, I get the impression that minimizing the attention we should be giving to earthly government.

Maybe you disagree. Times are different now. The United States is a Christian nation, right? It was founded on Christian principles. Shouldn’t we defend the onslaught of secularism and moral decline in the United Stares? There is a legitimate point to that approach. we can be salt and light in our influence of our politics and culture.

But I go back to Jesus, as I think we should. He came preaching the kingdom of God. That was His focus and priority, and He really didn’t seem all that engaged in the politics and government of His day. His interest was bringing the good news to the poor. He even let the political machine of his day have it’s way with Him, allowing them to subject Him to their unjust pronouncement against Him that resulted in His death on the cross.

Of course, He had a much higher purpose in doing that. He came to take our punishment on Himself, conquering sin and conquering death.

Though Jesus had a particular purpose to accomplish in His life, He also told us to pick up our own crosses and follow Him. The important thing for Jesus, and for those who would follow Him, was not the political and cultural turf of earthly kingdoms, but the kingdom of God. Our turf is the kingdom of God.

He clearly intended us to adopt a similar attitude and example when He told us, “You are not of this world.” (John 15-19; 17:16) Paul expressed a similar attitude when he said, “our citizenship is in heaven.” (Phil. 3:20) Peter called us “aliens and strangers” in this world. (1 Peter 2:11) But the writer of Hebrews, perhaps, captures this attitude best when speaking of the examples of faith that we should emulate (Heb. 11:1316):

All these died in faith, without receiving the promises, but having seen them and having welcomed them from a distance, and having confessed that they were strangers and exiles on the earth. For those who say such things make it clear that they are seeking a country of their own. And indeed if they had been thinking of that country from which they went out, they would have had opportunity to return. read more.

But when I read my social media feeds, I fear my non-Christian friends get the impression that most Christians care more about our own political and cultural turf in this world than the kingdom of God. We are not different from them in that focus; we just have different political, cultural and moral values – and our values are increasingly at odds with them.

It isn’t the tension, itself, that I see between Christians and non-Christians that prompts me to write this. That tension is to be expected. My issue is that the tension isn’t focused on the right tissues! We aren’t being hated for the Gospel; we are being attacked because of our posture on gun control, our apparent lack of compassion for immigrants and the poor, our political positions – and our inexplicable defense of everything that Donald Trump says and does.

I wonder what damage we are doing to the message of the Gospel, which seems to be completely eclipsed by these other, earthly things. Even if our political and cultural causes are good (and Christians disagree with each other on many of these things), these things are not our priority on this Earth.

Jesus gave us marching orders. Those marching orders haven’t changed. They are to go into all the world and preach the Gospel, making disciples of all the nations, baptizing them and teaching them. (Matthew 28:19-20)

Paul came to Corinth focusing only on “Christ, and Him crucified” because he didn’t want peripheral things distracting the Corinthians from the centrality of the Gospel. In my opinion, modern Christianity in the United States has lost the centrality of the Gospel and the urgency and focus of the Great Commission, and that loss of focus is evident in the way we interact on social media.

I pray that we can return to a Gospel focus and engage the world in dialogue that is motivated by the kingdom of God, and not by protecting our own turf in this world that is passing away. May we encourage each other to that end.

2 thoughts on “The Gospel and Dialogue with Our Culture”