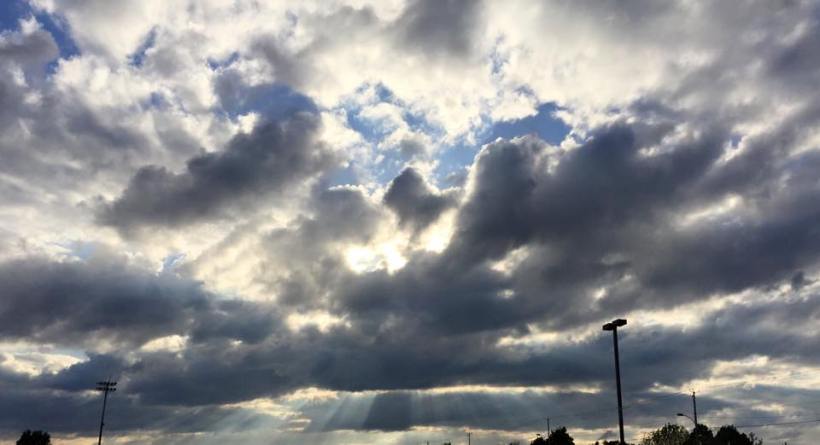 Thoughts and excerpts from Membership, published in the Weight of Glory and other addresses (by Harper One) by CS Lewis.

C. S. Lewis, the 20th Century English Literature professor, author and thinker, wrote Membership as a speech given at Oxford during World War II. In this speech, Lewis addressed the popular societal trend toward collectivism and the concomitant effort to relegate religion to private, individual belief.

His address was meant to be an encouraging call to Christian hope in a world threatened to be torn apart by war. We find ourselves in different circumstances, and the world as changed in many ways. We can no longer assume a Christian ideal as a collective rallying point, but is address remains stubbornly relevant in our modern world.

Lewis found irony in the dichotomy of exalted individualism in Western society that was, at the same time, becoming more collective in its political direction – individual rights and equality for all. In his typical style, he unravels the uneasy tension of this secular dualism at the seams, exposing the inherent incongruities and turning them on their heads, as he contrasts them to Christian paradoxes that, while seemingly inapposite, hold together in a more harmonious tension.

I jump in where Lewis addresses the shortsightedness of the egalitarian ideal.

Most people would say that society has advanced considerably since WWII because of our progress toward the goal of equality for all, which continues as a central and foundational premise of Western civilization. Lewis admits the practical necessity of equal rights (civil rights) laws in our world, but he agues that the premise is fundamentally flawed as an ideal.

According to Lewis, “[The] egalitarian fiction which is our only [defense] against one another’s cruelty” is a necessary evil in a fallen world. It is not what we were created for; but it is necessary to prevent people in their evil desires from oppressing, demeaning and exploiting each other. Thus, we need equal rights, Civil Rights laws and other laws to counter the discrimination that threatens to separate us from each other.

“But the function of equality is purely protective. It is medicine, not food. By treating human persons (in judicious defiance of observed facts) as if they were all the same kind of thing [like widgets], we avoid innumerable evils.  But it is not on this we were meant to live. It is idle to say that men are of equal value. If value is taken in a worldly sense – if we mean that all men are equally useful or beautiful or good or entertaining – then it is nonsense. If it means that all are of equal value as immortal souls, then I think it conceals a dangerous error. The infinite value of each human soul is not a Christian doctrine. God did not die for man because of some value He perceived in him. The value of each human soul considered simply in itself, out of relation to God, is zero. As St. Paul writes, to have died for valuable men would not have been divine but merely heroic; but God died for sinners. He loved us not because we were lovable, but because He is love. It may be that He loves all equally – He certainly loved us all to death…. If there is equality, it is in His love, not us.”

We were made to live in a world in which we do not live as autonomous equals, but we live in relation to each other as unique individuals who, together, one with another, each operating in unique individuality, operate in relational unity – as varying parts of a single body. C.S. Lewis says the difference is “like turning from a march to a dance.”

“In this way, then, the Christian life defends the single personality from the collective… by giving him the status of an organ in the mystical Body…. That structural position in the Church which the humblest Christian occupies is eternal and even cosmic. The Church will outlive the universe. Everything that is joined to the immortal head will share His immortality…. For this is the answer to every excessive claim made by the collective. It is mortal; we shall live forever. There will come a time when every culture, every institution, every nation, the human race, all biological life is extinct and every one of us is still alive. Immortality is promised to us, not to these generalities. It was not for societies or states that Christ died, but for men…. [I[t is not the individual as such who will share Christ’s victory over death. We shall share the victory by being in the Victor. A rejection, or in Scripture’s strong language, a crucifixion of the natural self is the passport to eternal life. Nothing that has not died will be resurrected…. [Christianity] sets its face relentlessly against our natural individualism; on the other hand, it gives back to those who abandon individualism an eternal possession of their own personal being, even of their bodies. As mere biological entities, each with its separate will to live and to expand, we are apparently of no account; we are cross-fodder. But as organs in the Body of Christ, as stones and pillars in the temple, we are assured of our eternal self-identity and shall live to remember the galaxies as an old tale.

“This may be put in another way. Personality is eternal and inviolable. But then, personality is not a datum from which we start. The individualism in which we begin is only a parody or shadow of it. True personality lies ahead…. And the key to it does not lie in ourselves. It will not be attained by development from within outwards. It will come to us when we occupy those places in the structure of the eternal cosmos for which we were designed or invented…. We are marble waiting to be shaped, metal waiting to be run into a [mold]. No doubt there are already, even in the unregenerate self, faint hints of what [mold] each is designed for, or what sort of pillar he will be.”

Lest we get the wrong idea, Lewis adds, “it is, I think, a gross exaggeration to picture the saving of a soul as being… at all like the development from seed to flower” or even from caterpillar to butterfly. Though caterpillar to butterfly is more like the regeneration that must take place, the process that inevitably occurs is a natural one unless prevented by some foreign action. “The very words repentance, regeneration, the New Man, suggest something very different.” The process that occurs in regeneration must be triggered by a foreign action, by God Himself, lest the natural process take us to a natural ruin. And,  further, we are participants in that action and process by submitting our very selves to it, by taking up our crosses, dying to our selves (our individualism) allowing Christ to live in us and regenerate us.

Society recoils from this picture because we have turned the picture upside down:

“Starting with the doctrine that every individuality is ‘of infinite value,’ we then picture God as a kind of employment committee whose business it is to find suitable careers for souls, square holes for square pegs. In fact, however, the value of the individual does not lie in him. He is capable of receiving value. He receives it by union with Christ. There is no question of finding for him a place in the living temple which will do justice to his inherent value and give scope to his natural idiosyncrasy. The place was there first. The man was created for it. He will not be himself till he is there. We shall be true and everlasting and really divine persons only in Heaven….

“To say this is to repeat what everyone here admits already – that we are saved by grace, that in our flesh dwells no good things, that we are, through and through, creatures not creators, derived beings, living not of ourselves but from Christ.”

This reality stands in contrast to “that quite un-Christian worship of the human individual simply as such which is so rampant in modern thought side by side with our collectivism, for one error begets the opposite error and, far from neutralizing it, they aggravate it.”

What C. S. Lewis means is the popular notion “that each of us starts with a treasure called ‘personality’ locked up inside him, and that to expand and express this [personality], to guard it from interference, to be ‘original,’ is the main end to life.” This futile effort of trying to be original is self-defeating, says Lewis.

“No man who values originality will ever be original. But try to tell the truth as you see it, try to do any bit of work as well as it can be done for the work’s sake, and what men call originality will come unsought…. Christianity is not, in the long run, concerned either with individuals or communities. Neither the individual nor the community as popular thought understands them can inherit eternal life, neither the natural self, nor the collective mass, but a new creature.”

We find our true individuality in being exactly who God created us, each of us, to be. We are not equal, but we are of equal value, as our value derives equally from God and is reached by yielding to Him and to His “plan” for each of us. We are not collectively equal; we are individually and uniquely our own portion in the Body of Christ in which we, collectively, become as God made and intended us to be. We have unity in our individuality in Christ. We exalt in our oneness as we uniquely and individually contribute our part to reflect uniquely, as only each one of us can, the infinitely faceted majesty of God.

6 thoughts on “C. S. Lewis on Individualism, Equality and the Church”