Francis Chan said in a recent interview that many people walk away [from Christianity, faith, religion] because they have never really had an encounter with God. They walk away from their belief system or their parent’s belief system.

I have thought for several years about the odd fact that Job had a million questions for God until God appeared. When God showed up, He didn’t provide a single answer to any of Job’s questions, but Job no longer had any questions!

When Job demanded answers, he wasn’t looking for a belief system. He was desperately seeking an encounter with God, though he might not have known it at the time. If Job had settled for a belief system (or a systematic theology as we might call it), his questions would have continued.

Belief systems don’t change people. Encounters with God change people. A belief system is not the crux of Christianity. If we think it’s all about having a systematic theology, we are missing the forest for the trees. We are accepting a shadow of the real thing, which is God Himself.

Francis Chan ended his train of thought with the words of Isaiah in 29:13:

“[T]hese people draw near with their mouth and honor me with their lips, while their hearts are far from me, and their fear of me is a commandment taught by men….”

Christianity has no life or vitality if it is nothing more than a commandment taught by men. The essence of Christianity is Jesus. Jesus is God who became man. In Jesus, we encounter God. Jesus said,

We do not know God if we have never encountered Him. Mental ascent is not the same thing as an encounter with the living God!

The way, the truth and the life resides in the person of Jesus Christ, who is one with the Father, who offers himself to us through the Holy Spirit, that we might know God intimately and personally.

Some seed falls on hard rocky ground. It grows up fast, but its roots are shallow. When the heat of the sun comes, the plant shrivels and dies. 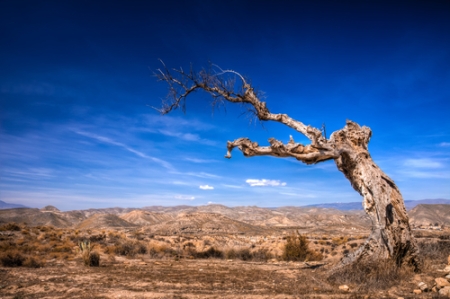 In previous installments, I have written two blog articles on my observations regarding an interview of Bart Ehrman by Sam Harris on What is Christianity. Bart Ehrman is an agnostic, New Testament scholar at Princeton, and Sam Harris is one of the so-called “new atheists”. In the first article, I relate portions of Ehrman’s story about his “loss of faith”, and I question whether he really had anything but a very shallow idea of faith to begin with. In the second installment, I talk about a certain wooden fundamentalism that continues to be apparent in how Ehrman sees the Bible. It’s a kind of all or nothing approach. Previously, he accepted all of it; now he accepts none of it.

Before moving on to other observations, I want to stop and raise a couple of points related to the portion of the interview already covered. First of all, I want to go back to the comment made by Ehrman about the charismatic youth leader who influenced him in a local Campus Crusade for Christ chapter. Erhman describes the “sinner’s prayer” he recited as an induction. The same youth leader urged him to go to Moody Bible Institute if he wanted to be a “serious Christian”.

END_OF_DOCUMENT_TOKEN_TO_BE_REPLACED

We have a hard time believing on the basis of someone else’s experience.

This is a prologue to a previously published piece, Room for Doubters & Skeptics. In that original piece, I explored the fact that Jesus invited, embraced and nurtured doubters and skeptics, even in his inner circle of followers. We see this in the accounts of Nathanael (also known as Bartholomew) and Thomas (who we call “Doubting Thomas).

The stories of these two men leave us with a few important takeaways. First, honest doubt was no issue for Jesus, and should be no issue for us. This was the point of the initial piece that to which I linked above. In this piece we will see the importance of asking the critical questions and being genuinely interested in the answers. There are answers, but, more importantly, the answers lie in more than bare facts and reason; genuine faith requires a personal encounter.

Whether God exists is the most important question we can ask. Whether God exists, or not, is (or should be) the foundation for everything we do and everything we think about the world. On this point, we are either hot or cold. Lukewarm is the same as being cold because it means we haven’t’ cared or been thoughtful enough to be interested in the question.

There is no such thing as a follower of God who doesn’t seek him. There is a difference between intellectual ascent and faith (commitment) to God. Someone famously said that even Satan believes in God. Nathanael and Thomas provide us an example of the importance of persistence in getting answers to the questions that arise from our doubt and skepticism.