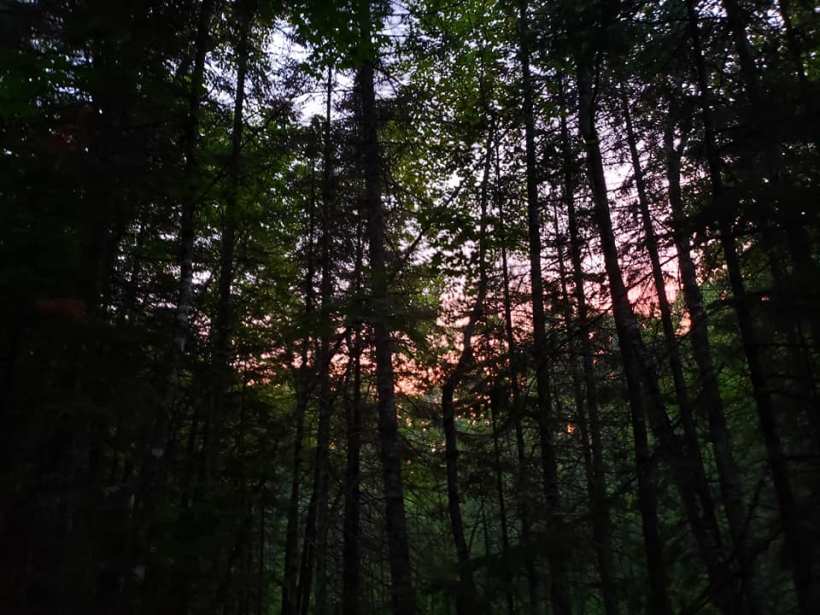 Francis Collins is best known for his work in sequencing and mapping the human genome. He has been involved in the discovery of genes associated with various diseases. Most recently, Francis Collins was announced as the 2020 Templeton Prize winner.

“The Templeton Prize is an annual award granted to a living person, in the estimation of the judges, ‘whose exemplary achievements advance Sir John Templeton’s philanthropic vision: harnessing the power of the sciences to explore the deepest questions of the universe and humankind’s place and purpose within it.’” The Templeton Prize exceeds the value of the Nobel Prize each year and is awarded to recognize progress toward research and discoveries about spiritual realities. (See Wikipedia)

The early trajectory of his life would not have predicted a Templeton Prize in his future. Francis Collins grew up on a small farm, in a non-religious home of parents he describes as hippies. He was home schooled through 6th grade. He loved science despite his more artsy upbringing, but any notions of the possibility of a God were wiped from the ledger of possibilities for him by the time he entered graduate school.

Francis Collins was an atheist, and he didn’t give God or religion much thought until sometime after his doctoral degrees were completed and he was working in the field of medicine. He was challenged one day by a cancer patient to support his view that God didn’t exist. While he was convinced of his position, he realized his position was based on assumptions he had not explored.

Collins realized he hadn’t really considered the evidence, or lack thereof. He had not come to his position in a scientific way.

The scientist in him recognized that he should know why he didn’t believe in God. He understand at that point that he could not hold that position with integrity without considering the contrary evidence. Thus, he set out to inform himself.

Along the way, he came to the conclusion that his original position wasn’t as tenable as he supposed. Reluctantly he came to believe that God is the best explanation for all the evidence he understood through science.

Francis Collins was in his late 20’s when he found himself a believer, and specifically a believer in the Christian concept of God. (A little bit of his story is captured in Inspiration or Artifice? Faith and Reason) That position has informed his life work ever since.

Francis Collins recently sat down (remotely) with Justin Brierley, the Unbelievable? Podcast, host, to discuss faith and science. I will embed the YouTube video of the interview at the end of this article, focusing on the question: what evidence of God is most compelling? (But the whole interview is worth a listen.)

Francis Collins prefaced his answer by noting that we will likely never have scientific proof for God’s existence. He says, “I don’t think God intended to provide that.” I tend to agree with him, which may be a topic for another blog post someday, perhaps.

Collins says that we only have “pointers” (and some of those pointers are stronger than others). We don’t have proof in the scientific sense of the word.

Collins begins with the observation that “we have something rather than nothing” and notes, “Science isn’t going to help you very much to answer why that is”, because “that creative force cannot, itself, be part of nature, or you have not solved the problem. If a person holds to the position that the creative force behind the universe is part of the universe, Francis Collins says, “You’ve basically done what logicians call an infinite regress.” Therefore, we need to consider possibilities that are “outside” the universe.

In this vein, Collins points to “what science has taught us convincingly – that the universe had an origin a little less than 14 billion years ago”. This “unimaginable singularity” is still a mystery to us. Science can’t quite get us back to the initial moment. “We can get to within ten to the minus forty seconds of it, but not quite [there].”

The limits of modern science leave us with questions: Out of what did the universe emerge? Who or what caused it to begin?

The universe, itself, provides us some intriguing information as well. Natural laws exist that are simple, mathematical, and beautiful. Why are they so beautiful and elegant? “Why should nature follow those kinds of laws?” Collins asks. These facts suggest “some kind of intelligence behind all this”.

The laws, themselves, reveal certain constants that are just so. “If they were off by a tiny bit”, Collins observes, “the whole thing wouldn’t work anymore. There would be no kind of possibility for any kind of complexity, much less life.”

That brute fact leaves us with two main possibilities at the moment: either 1) “somebody twiddled the dials here”, or 2) “we are one of a number of infinite universes where the dials are set differently”. (A few other theories are proposed as alternatives to the “multiverse” theory, but it seems Collins accepts the multiverse theory as the mains contender.)

Either option, therefore, requires faith, says Collins. Does God exist? Or is there a multiverse? Science can’t explore either option, so “which one requires more faith?”, Collins mused.

“These questions got Einstein to Deism – that there is intelligence behind all this”, says Collin. “The harder leap, I think, for many people – skeptics – is to go from Deism to Theism: that there is a God who didn’t start this whole thing and go off to somewhere else, but who actually cares about the creation, including caring about you and me.”

Finally, Collins talked about the moral pointers. He says, “All humans down through history have had this sense that there is something called ‘right’ and something called ‘wrong.'” The various cultures throughout human history have had very different ideas about what is right and what is wrong. They have interpreted right and wrong in the context of their own cultures, but all cultures agree that there is such a thing as right and wrong, and all cultures agree that people should recognize and do what is right.

“Ultimately, you might call that a law, but it’s also a law that we break all the time”, says Collins. Then he asks, “Where does that come from?”

Evolutionists might say that this sense of right and wrong “has just been baked into us because it helped our survival.” Collins says he can see that when it comes to being good to our children because they have our DNA, but he asks,

“Why should I strive to be good to people I don’t even know? Why should I admire Oscar Schindler? Why should I think that Mother Teresa was such a saint? Those people were certainly not advantaging their DNA. They were putting their’s at risk to save other people who were basically their competitors, and yet we admire that.”

Dawkins would say those are examples of the “misfiring of evolution”, but the real issue for the atheist, Collins says, is this:

“If [self-sacrificial behavior] is not an indication of something profound; if [our behavior and ideas are] really just a consequence of evolutionary pressures, then you have to admit that we have been hoodwinked: that there really is no such thing as good and evil, and anyone who wants to use [the idea of good and evil] as a standard to judge human behavior is standing on extremely thin ice.”

My summary of Francis Collins’s “pointers” is that the existence of God makes more sense of the world in which we live than the possibility of a multiverse.

He reiterates that these things are not proof that God exists. People can refute these arguments with counterarguments. Science doesn’t give us the tools to prove a God or a multiverse that exists “outside” the universe in which we find ourselves. Thus, we ultimately have to choose on faith one posture or the other, or we can remain uncomfortably noncommittal.

I submit that remaining noncommittal is a choice also. Not committing to either side (ultimately) is like determining that the question doesn’t ultimately matter. If it did matter, a person would press on to a conclusion, albeit one that must, inevitably, be taken on faith.

I don’t mean to say that the seeking person who doesn’t know what to believe at this moment doesn’t care, but the person who chooses to be or remain agnostic is basically saying, “I don’t care about the question whether God exists.” In that sense, choosing to remain noncommittal is, by default, choosing to believe there is no God.

We don’t have any other choices. Each option is a position of faith – a matter of where we are going to place our confidence and trust.

2 thoughts on “Francis Collins on Proof of God: The Options are Simple”