God is not cold or uncaring or unaware of our pain and suffering. Yet, He has a plan, and He intends to carry it out. 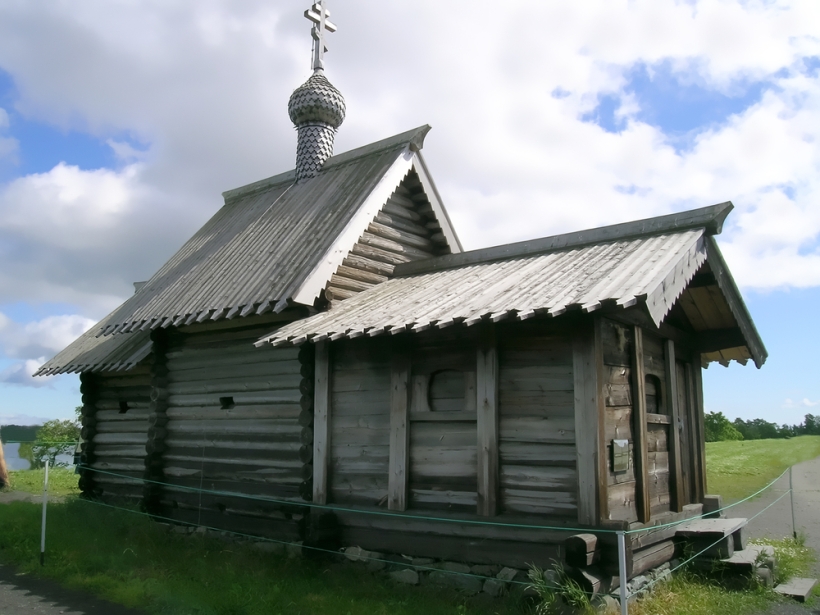 “No one has ever seen God, but the one and only Son, who is himself God and is in closest relationship with the Father, has made him known.” (John 1:18 NIV)

John is talking about Jesus, of course. The progression in the beginning of John’s Gospel goes like this: In the beginning was the Word; the Word was with God; the Word was God; all things were made through the Word; in Him was life; and the Word became flesh and dwelt among us. (John 1:1-4, 9, 14) Then, John makes the statement I have recited above. No one has ever seen God but the one and only Son, who is God.

The Greek word that is translated “one and only Son” in the New International Version of the Bible is monogenés, derived from the world monos, meaning one of a class (one of a kind) and genos, meaning only of its kind. A more literal translation of the word would be “only begotten”.

The beginning of the Nicene Creed[1] captures the idea as follows:

We believe in one God,
the Father almighty,
maker of heaven and earth,
of all things visible and invisible.

And in one Lord Jesus Christ,
the only Son of God,
begotten from the Father before all ages,
God from God,
Light from Light,
true God from true God,
begotten, not made;
of the same essence as the Father.
Through him all things were made.
For us and for our salvation
he came down from heaven….

These thoughts arise today in the context of a discussion between the great Anglican scholar, Tom (N.T.) Wright[2], and Justin Brierley[3], the Unbelievable? Podcast and Ask NT Wright Anything host out of the UK. They were talking about the corona virus threat that is plaguing the world.

Among other things, Tom Wright (who is an historian) observed that a pandemic like the corona virus is not unique in the history of the world. The Justinian plague is believed to have killed as many as 25 million people (6th century), the Black Death killed probably double that in the 14th century. The Italian Plague (1629-31), Great Plague of London (1665-66) and Great Plague of Marseilles (1720-22) took millions of lives in Europe, and the Third Plague Pandemic killed about 15 million people, hitting China and India the hardest.[4]

After a discussion of how Christians should respond to the threat (in the same manner as they always have – with compassion and self-sacrifice, helping those in need), Justin prompted Tom by asking him for a five minute response to the hard question: why does God let things like plagues happen?

Tom Wright’s response recalls articles I wrote on March 22, 2020 (Change of Perspective: From the God of Moses to Jesus) and on March 28, 2020 (Perspective in the Reminder of Our Own Mortality). In the first article, I addressed the seeming incongruity between the picture of God we see in the Old Testament compared to the person of Jesus we meet in the New Testament. In the second article, I sought some perspective on the bad things that are happening in light of God’s revealed purpose in creating us and the world in which we live.

Tom Wright’s brief response (focusing on the raising of Lazarus from the dead) sits right in the middle. Right where we live. Let me explain.

Lazarus was a good friend of Jesus.[5] He was the brother of Mary (who would later pour out expensive perfume on Jesus, wiping  his feet with her hair in an awkwardly intimate act of devotion), and they lived in a town with another Mary who was the sister of Martha. They were all close companions of Jesus. They were like family to Jesus.

Thus, when Lazarus got deathly ill, the sisters sent word for Jesus to come at once. Jesus, however, didn’t leave to go to them until three days later. When Jesus arrived four days later, it was too late. Lazarus had died.

Jesus appears to be nonchalant about the news when he received it, telling his disciples, “This sickness will not end in death. No, it is for God’s glory so that God’s Son may be glorified through it.” (John 11:4) I can imagine them think, “How the heck does he know that?!” Imagine there increased confusion when Jesus added, “Our friend Lazarus has fallen asleep; but I am going there to wake him up.” (John 11:11)

If he was only asleep, what’s the big deal? If Jesus was euphemistically saying that Lazarus was actually dead, why the nonchalance? But he said the sickness would not end in death. I imagine they were thinking, “What is he even talking about?!”

When Jesus finally arrives in the town where Lazarus lived, Martha goes out to greet him. Instead of niceties or an expression of concern, Jesus confronts her: “I am the resurrection and the life. The one who believes in me will live, even though they die; and whoever lives by believing in me will never die. Do you believe this?” (John 11:25-26)

The whole charade is obviously intended as an object lesson by Jesus, and Martha passes the “test”, saying Yes, Lord … I believe that are the Messiah, Son of God….” (John 11:27)

Then Mary, the sister of Lazarus, comes out to Jesus weeping in mourning and pain, and she confronts Jesus, “Lord, if you had been here, my brother would not have died.” (John 11:32) Mary says what would have likely been on any of our minds at such time. Buried in that statement is the pain and emotion of the question: “How can a good God allow death, pain and suffering?”

This is famously the shortest verse in the Bible, as if to emphasize the fact that Jesus was moved by the pain and suffering in the emotion of Mary and her companions to weep with them.

Of course, we know that Jesus knew exactly what was going to happen. He intended to use the whole incident as an object lesson, demonstrating the essence of the Gospel. Still, Jesus was moved to tears in the emotion of the moment in compassion and empathy for the mourning and pain of his close friends.

In this story, we see the very heart of God.  Jesus, who is “the only one who has ever seen God”, “the one and only Son”, “who is himself God”, who “is in closest relationship with the Father”, makes Him known to us. (John 1:18)

Jesus, the one and only Son of God, who is in the very nature of God and knows Him intimately, wept with the friends and family of Lazarus though he planned to raise him from the dead in the very next moment.

In this story, we see that God is not cold or uncaring. He is not unaware of our pain and suffering. Yet, He has a plan, and He intends to carry it out. Yet even though he knows the outcome, He weeps when we weep.

God’s plan, of course, is the resurrection from the dead of all who will submit to Him. He has prepared a place for us to be with Him. (John 14:2). God knows the end game. He is the alpha and the Omega, the beginning and the end. He stands outside of time, and He knows how it all plays out. Yet, God is not unfeeling or unaware of our mourning, pain and suffering.

In fact, He is intimately acquainted with all that we go through. He experienced all of it Himself. He emptied Himself to take on the form of a person, like us. He experienced all the pain and suffering that we experience, and he didn’t shy away from it. Unlike us, He knew exactly what He was in for. He willingly submitted Himself to the most excruciatingly painful death that a person could possibly experience – death on a Roman cross.

Though God may seem cold, uncaring and even cruel when we think about things like the corona virus, Jesus demonstrated that God is anything but cruel. That He willingly experienced the pain and suffering we experience is the ultimate proof, and his resurrection is the proof of the great plan God has for us – greater than all the pain and suffering in the world.

It was for the joy set before him that Jesus endured the cross. (Heb. 12:2) We can take heart in that fact that He demonstrates for us that our pain and suffering in this life is light and momentary and “is preparing for us an eternal weight of glory beyond all comparison” because the life that we now live in these bodies is transient (from dust to dust), but life Jesus offers us who follow him is imperishable. “No eye has seen, no ear has heard, no heart has imagined, what God has prepared for those who love Him.” (1 Cor. 2:9)

Abide In God
The skeptic's kaddish