We are either moving toward God or moving away from Him. We are never standing still. 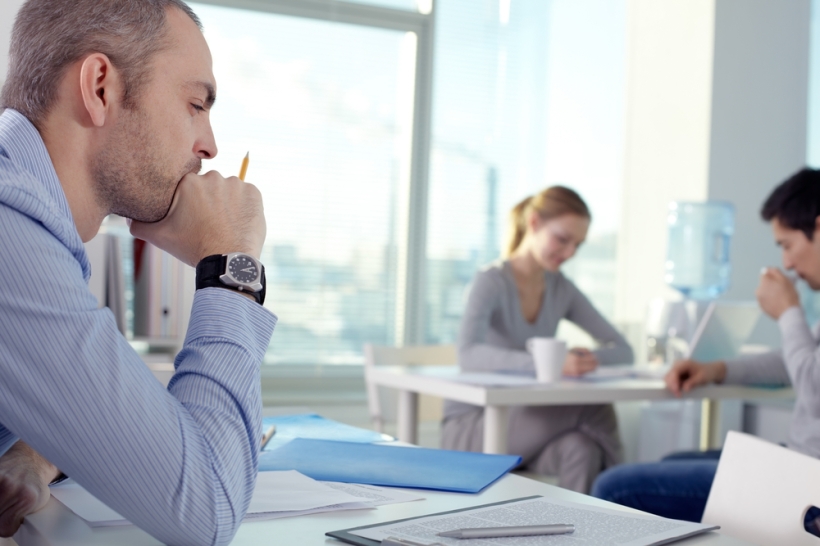 Tim Keller, in preaching on the First Temptation of Christ, observed that the first temptation of Jesus by Satan in the desert was a mundane one: “If you are the Son of God, command this stone to become bread.” (Luke 4:3) Everyone needs food. In our modern day, we would say that people not only need food, they deserve it as fundamental right.

Surely, the Son of God deserves bread, and there’s no reason why he shouldn’t just make a little bread out of a stone. Right?

This is how Satan comes at us: “You need it. It’s just a small thing. C’mon, you deserve it!”

In the story, Jesus had just fasted for forty (40) days, and the forty (40) days were over. Jesus was hungry – more like starving! (Luke 4:2) He had done what he set out to do; he fulfilled the commitment he made, and he was free to eat.

This is how Satan works on us. He gets us thinking about ourselves, our needs, and (if he can push us far enough) our rights. “You have a right to that bread! Take it!” It wouldn’t have seemed “wrong” for Jesus to have turned a stone into bread.

And this is the struggle: will we live our lives serving ourselves, doing what we want, going with the flow of our natural inclinations, fulfilling every personal need and desire, the captain of our own souls? Or will we consciously live our lives for God and others, letting God direct us, yielding our selves to the One who made us?

We tend to think of the big temptations, not realizing that Satan is always there trying to get us to feed from his hand.  His hand is always out, offering morsels and tidbits. We often feed from his hand without realizing it. We may go about our days unaware of the momentum of the movement of our hearts, feeding little by little on things that are moving us away, not toward, God.

CS Lewis says we are either moving toward God or moving away from Him. This happens every day, day after day, in all the hundreds and thousands of choices we make, reactions to circumstances and thoughts that we entertain.

The momentum of our lives is something we don’t often stop to consider. It often isn’t obvious to our conscious minds. We may not even be aware of all the little things that add up and feed that momentum in the direction we are going. We are highly aware of the momentous times in our lives, but we are largely unaware of the mundane times where real direction and momentum are sustained.

I think about these things in light of two recent announcements by two prominent (at least highly visible) men who were once Christians and now have renounced their faith. Marty Sampson, the Australian songwriter for the global megachurch, Hillsong, announced this week, “I’m genuinely losing my faith….”[1]

Just days before that, well-known Christian author, Joshua Harris, who championed purity and advocated that Christians shouldn’t date before marriage in a widely popular book, announced (on the heels of his own divorce), “I have undergone a massive shift in regard to my faith in Jesus…. I am not a Christian.”[2]

According to CS Lewis and Tim Keller, we are shifting – all the time. Our momentum is taking us toward God or away from God at any given moment and at every moment in our lives. We are never merely standing still.

The mountaintop moments and monumental decisions we make in life can carry us far, but the momentum of our lives is largely sustained in the mundane existence of everyday life, not by big temptations and momentous decisions, but by hundreds and thousands of everyday decisions, reactions, thoughts…. And much of that momentum occurs without much thought or awareness.

CS Lewis suggests that Satan likes it like that. He can work best when we are not very engaged, not very self-aware, not realizing the momentous import of each little decision, reaction and thought. According to Lewis, those little decisions may be incremental, but they compound in interest:

“Good and evil both increase at compound interest. That is why the little decisions you and I make every day are of such infinite importance. The smallest good act today is the capture of a strategic point from which, a few months later, you may be able to go on to victories you never dreamed of. An apparently trivial indulgence in lust or anger today is the loss of a ridge or railway line or bridgehead from which the enemy may launch an attack otherwise impossible.”[3]

CS Lewis captures this idea in a couple of different word pictures in his fiction books. In the Chronicles of Narnia, Lewis depicts the end of the world as we know it (to coin a phrase by REM). As the stars are being plucked from the sky, the mountains leveled and the landscape rolled up like a carpet, all the people in the world find themselves directed, gathered and funneled to a single doorway where stands Aslan, the Lion (the Christ figure).

As all the people in the world come to the doorway where the Great Lion stands, they have no more time for conscious decision. The momentum of their lives carries them forward. Their destinies are locked in at the moment they come face to face with him. That moment is the culmination of the direction of their lives.

And in that moment, every person is either drawn to Aslan or repelled. It’s too late for any other choice. Their choices were individually made by the momentum of all of the choices they made in their lives leading up to that very moment.

Another word picture of this concept is seen in The Great Divorce. It’s a bit more esoteric and nuanced so I won’t attempt a description in a couple of paragraphs in a short blog post. It’s a great book, though. I highly recommend it.

Suffice it to say that Lewis experiments in The Great Divorce with the idea that our present lives are just a seed for the next, and what we become will be exponentially more than what we realize in this mundane life. For those who have given themselves to God, the world to which we are invited will be exponentially more real than the world we know – so much more real that we could not even bend a blade of grass in heaven by stepping on it in our present bodies, which are mere shadows in comparison.

For those who have drawn inward, away from God, they will retreat to a world that is exponentially more insubstantial than what we know, ever moving away from God and neighbor, in endless regression. People become ghostly shadows there in a vapor thin world with no substance.

These word pictures are not meant to be doctrinal. They are thought experiments. An attempt at trying to understand the momentum of our lives and the importance of how we live, how we think and the significance of the littlest decisions we make on an ongoing basis that determine our fate.

The point is that we have before us everyday decisions to make, reactions that offer an opportunity for choice and thoughts we can either entertain or dismiss. And all of those outright choices, measured responses or guttural reactions and thoughts we dwell on add up in the form of momentum that is propelling us ultimately toward God or away from Him.

Yes, there are some paradigmatic moments. There are some continental divides. But they are few and far between. Most of the direction of our lives is found in the mundane existence of daily life. At any given moment, and all along the way, we are generating momentum in one direction or the other.

In this context, the words of Peter ring sharp and clear:

“Be sober-minded; be watchful. Your adversary the devil prowls around like a roaring lion, seeking someone to devour.” (1 Peter 5:8)

Only, the devil isn’t beneath taking you one bite at a time if that is the way you will let him. He has no power or authority over us but that which we give him, or allow him to take. And so he will often nibble away at the edges. If he can lull us into complacence, so much the better.

Over and over again, we are exhorted in Scripture to fix our eyes and fix our hearts on God.[4] We are urged to set our minds on things above, not on earthly things.[5] Paul says, “Rejoice always, pray without ceasing, give thanks in all circumstances….”[6] He says, “[D]emolish arguments and every pretension that sets itself up against the knowledge of God, and … take captive every thought to make it obedient to Christ.”[7]

This isn’t because God wants all the attention. He doesn’t need it. These instructions are for our benefit. If we aren’t deliberate, thoughtful, vigilant and diligent in our walk with God, the gravitational pull of our sin nature, of worldly distractions and busyness and the constant attempts of the one who loves not our souls are pressuring us in the other direction.

I don’t know if hell is like the thin, shadowy world of The Great Divorce or a burning lake of fire. And it doesn’t matter. Hell is separation from God, and it’s a separation that we choose. If we couldn’t choose it, we couldn’t know and understand love. It wouldn’t be love if God forced Himself on us. The choice He gives us has the gravest of consequences, but He is ever patient in waiting for us to choose Him – until that moment when our choices cannot be changed.

[2] Well-known Christian author, purity advocate, renounces his faith: ‘I hope you can forgive me’, by Caleb Parke for Fox News July 29, 2019.

[4] Fix your thoughts on Jesus, by Matthew McDonald on the blog My thought for today, November 29, 2009.

“Put to death therefore what is earthly in you: sexual immorality, impurity, passion, evil desire, and covetousness, which is idolatry. On account of these the wrath of God is coming. In these you too once walked, when you were living in them. But now you must put them all away: anger, wrath, malice, slander, and obscene talk from your mouth. Do not lie to one another, seeing that you have put off the old self with its practices and have put on the new self, which is being renewed in knowledge after the image of its creator.”

2 thoughts on “The Eternal Significance of the Mundane”