This post is old; but of course, there is nothing new under the sun. 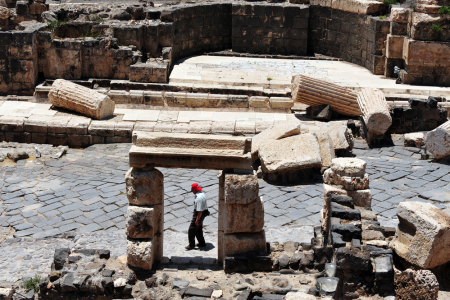 BEIT SHEAN,ISR – JUNE 17: Visitor walks near Pillars in Ancient Beit Shean on June 17 2009. Beit She’an is one of the most ancient sites in Israel: it was first settled 5-6 thousand years ago.

“Now all the Athenians and the foreigners who lived there would spend their time in nothing except telling or hearing something new.”[1]

This was the explanation for the philosophers wanting to hear what Paul had to say when he was in Athens. They brought him to the Areopagus so they could hear “the new teaching” he was explaining in the synagogues and market places.[2] They wanted to hear what he had to say, presumably, because it was new.

I have a friend who is always looking for a new way of looking at things. He is a very philosophical and thoughtful person, but he thinks he would be bored in heaven (as…