God is intimately acquainted with the pain and suffering we experience. The God of the cross who knows and understands our suffering can be trusted. 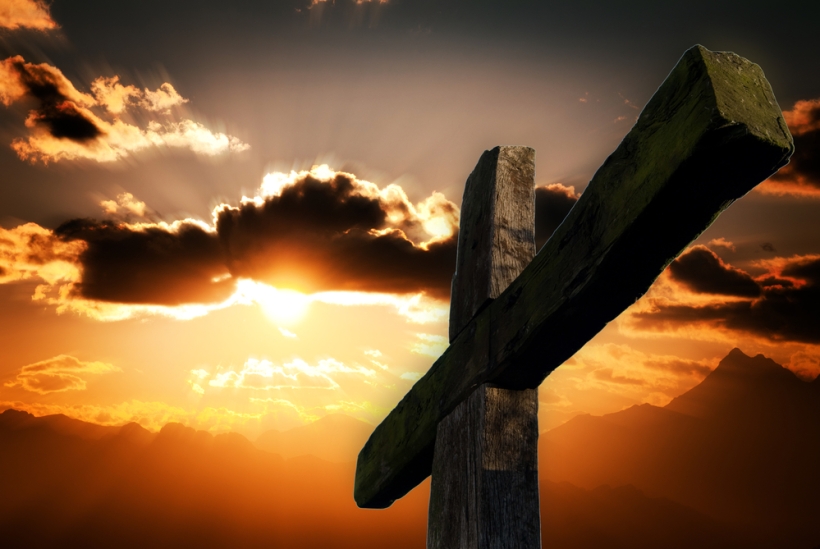 I have tackled the problem of evil – why is there pain and suffering in the world if God is good and all-powerful? – in a series blog posts, beginning with an introduction, followed by Part 1, Part 2 and Part 3. The impetus for the blog posts comes from the explore God discussion that was happening at over 800 churches in the Chicago area over the winter of 2019. The series of blog posts was more specifically inspired by the discussion of The Problem of Evil and Suffering on Veracity Hill between Kurt Jaros, the host, and John Peckham from Andrews University

The problem is easy enough to state, but it’s difficult to resolve, if, indeed, there is a resolution. Although not every religion maintains that God is personal, volitional, all-powerful and all-good, the problem of evil. Not every world religion faces the problem head on. Buddhism, for instance, posits that evil doesn’t really exist; it’s an illusion.

Just last week, in the midst of thinking through the issues and writing the blog series, a tragedy of overwhelming proportions happened right in the city where all my kids went to school. An apparently disgruntled employee on the cusp of being fired from his 15-year position at a local manufacturing plant in Aurora, IL, opened fire on employees in the plant, killing five of them and wounding six other people, including six police officers responding to the alarm that went out. The youngest victim was a 21-year old college intern who started his internship in the HR department that day.

When a person is reeling from pain and suffering that hits close to home, especially from such a senseless, intentional and indiscriminate act of violence, the academic answers ring hollow and fall flat.

Without letting go of any of the attributes of God that are revealed in the Bible, we can work through the problem intellectually and logically to a solution, as I have tried to do in the summary that is contained in the previous blog posts. In some ways this solution is like the theory of gravity for Christianity. We can understand it, but knowing the cold, “scientific” facts are no consolation after falling off a cliff.

What remains, after we have worked through an intellectual solution to the problem, is the emotional, existential weight of the problem of evil. This is where we live. The weight of the problem of evil is hard to shake, quite frankly, when the pain and suffering becomes personal. When we come face to face with evil, pain and suffering in the world in our personal lives, an intellectual response isn’t enough.

This is exactly when people turn to religion and to God for comfort and answers…, or turn away. If all that Christianity has to offer is an academic response, what is the use?

The God of the Bible is revealed to us as a God who cares intimately for each one of us. David contemplates in the Psalms that God knows our coming and our going, when we rise up and when we sit down. He knows our thoughts and intentions. He even knows the words we say before they escape our lips. (See Psalm 139)

But this view of God can seem academic also when the pain and suffering hits close to home. Knowing that God sees everything as we struggle in the pain isn’t any comfort and may even seem cruel. Why does God sit idly by? Why doesn’t God do something?!

Before concluding the blog series, I need to make a disclaimer: I don’t have ultimate answers to those questions. If we are asking, “Why?”, I don’t think we can get answers, not in any specific, personal detail. Maybe not even generally. Not in the way that we think about definitive answers.

But this much I do know: the focal point of the Christian story is God becoming human. I

f we believe what has been written about Jesus, he was God who emptied Himself of his privilege and station (as God) and become one of us. Not only that, but he suffered through a “normal”, average life in the First Century, born in “humble estate” to a poor, working family of no particular advantage in a community of people with no particular privilege in a nation overrun and ruled by a heavy-handed, foreign nation.

If we believe the story, Jesus suffered through a common life like most of us in a period of time in which common people had few luxuries and life was hard. Not only that, but Jesus was obedient to the plan and purpose of God in living a “righteous” life, bending his will to the purpose of God, which was (ultimately) to sacrifice himself to the unjust declaration of a people who rejected his pleas to them.

In the incarnation, God gives Himself over to His creation. He submits Himself to the cruelest injustice we can dish out. He suffers and dies … for us.

God, as revealed in Jesus, who is described as the exact representation of God (Hebrews 1:3), is not only transcendent; He is imminent and intimate with us. He is intimately acquainted with our pain and suffering.

If there was any other way to provide for the flourishing of the universe, He surely would have chosen it – even if just to spare Himself from that suffering, but He didn’t.

God certainly could have avoided the suffering Himself, but He didn’t. While we may not understand the purpose of suffering, we can take some solace in the fact that God embraced it Himself. He didn’t dodge it. He suffered in all the ways we suffer, including the very cruelest of suffering we can imagine.

Further, the same God who suffered as we do (and willingly at that) promises us more than we can imagine:

“’If anyone thirsts, let him come to me and drink. Whoever believes in me, as the Scripture has said, ‘Out of his heart will flow rivers of living water.’” (John 7:37-38)

But the promises God gives us are not primarily for this life or this world. He promises us ultimate justice, ultimate fulfillment, satisfaction and perfection, but not in this life.

“He will wipe away every tear from their eyes, and death shall be no more, neither shall there be mourning, nor crying, nor pain anymore, for the former things have passed away.” (Revelation 21:4)

We can look to the cross, though, and recognize that the God of the cross can be trusted. God knows and understands our suffering. We can look to the resurrection and hope that such a God can deliver on His promise. He has ultimately provided for the end game where there is no pain, no suffering. We can trust a God who was willing to suffer for us to accomplish what He has promised and able to prove it by raising the human body He inhabited from the dead.

Paul describes the risen Jesus as the first fruits. (1 Corinthians 15:20) And Paul sums up the hope that we have:

And this is the ultimate promise:

What is even a generous life of 100 years compared to immortality, eternity?

For this reason Paul can say with a straight face and conviction that our pain and suffering is a “light momentary affliction” that is “preparing for us an eternal weight of glory beyond all comparison”; the life we have in this world is “transient”, but what we long for is eternal.” (2 Corinthians 4:16-17) What will these light and momentary afflictions seem like when we arrive at the place of the eternal weight of glory? I suspect they will pale, like a shadowy dream of a distant past we can barely recall.

As this post is getting long in the tooth, I will provide a postscript. There remains much to be said, much more than I can say. Yet, I will make one last attempt to conclude my thoughts on God’s role in the evil and pain and suffering that exists in the world, the story of a person who has suffered through life more than most and some thoughts on the possible purpose of pain and suffering in our lives.

Before heading over to the postscript, you might consider the words of a scientist considering the problem of evil. Even the greatest thinkers do not have all the answers.