Jesus wrote no books, created no great art, built no monuments and spent only three years as a public figure two millennia ago. 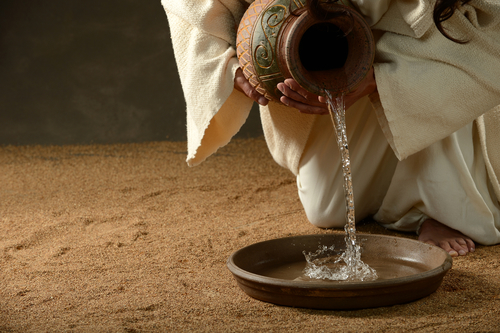 “The historian’s test of an individual’s greatness is ‘What did he leave to grow? Did he help men think about new ideas with a vigor that persisted after he was gone?’” H.G. Wells

H.G. Wells, the great English writer considered “the father of science fiction”, was a forward thinker, believing in the progression of man in the vein of the evolutionary theory of Charles Darwin. He was no friend of orthodox Christianity, nor of any religion. (See Wikipedia) “None of his contemporaries did more to encourage revolt against Christian tenets and accepted codes of behaviour, especially as regards sex….” (See Britannica).

It’s ironic I suppose, then, that I am thinking about Jesus as I read his words.

Wells expressed a hope in his writing “that human society would evolve into higher forms”. He believed from early on in the “doctrine of social progress”. (See Britannica) World War I impacted the idealistic hopes of his youth, but Wells continued to believe that humankind could progress through knowledge and education.

I wonder what Wells would say today?

How much have we progressed?

Wells’s last written work, Mind at the End of its Tether, written at the outbreak of World War II, suggests some further erosion in the hope of his youth. He painted a very bleak picture of the future of mankind in which nature itself rebels against the evils of men.

Would his waning optimism have shriveled altogether if he had lived long enough?

Though H.G. Wells visited with both Lenin and Stalin, he probably didn’t know all the details of the atrocities that Stalin (particularly ) committed. A grim estimate of people killed at Stalin’s direction is 40 million! (See ibtimes)

Should we really measure humankind by their greatness?

What about the goodness of humankind?

An atheist friend of mine challenged me to prove to him that the world is a better place with religion (and Christianity in particular). I don’t recall exactly how I responded to him, but I have thought about his challenge since then.

We can’t deny that bad things have been done by people in the name of religion, including Christianity. I would not deny it. But what of the good?

Human Beings have shown a proclivity for using for evil anything and everything that was meant for good. Vehicles provide a great benefit to society, but they can be deadly in the hands of a terrorist bent on taking out a crowd of people or a drunkard returning from a bar early in the morning.

Perhaps, the most ubiquitous theme of science fiction is the manipulation of scientific advancements for evil purposes. Religion in the hands of people who use it to perpetrate evil is no different than anything else. Scientific advancements and religion, alike, can be intended for good, but they can be used for evil.

Paul says, “Though every man be a liar, yet God is true.”

One man stands out in history by the test of greatness that H.G. Wells suggested unlike any other man. Though his public life spanned only three years, more people have called themselves by his name across all regions of the globe than in history, perhaps, than another man. Though he has been gone for 2000 years, his life and words and deeds continue to affect millions who are alive today as if he lived and breathed and walked among us.

This man didn’t build anything. He didn’t write a book. He didn’t create great art. He didn’t invent anything. He wasn’t a great statesman. He had very little influence on anything of great import during his life. Yet, he is the central figure in all of history. His birth is the datum by which all dates are referenced in the calendar that the world has used for centuries.

He was born into a very humble family in a far flung province of the Roman Empire. He lived a humble life. The following he attracted during three years of public life was modest. Yet millions and millions have followed him in the centuries that have passed since his death.

Though he wrote no books, tens of thousands, hundreds of thousands, and maybe millions of books, poems, stories, articles and even treatises have been written by people inspired by him. The book that includes the tale of his life is the greatest selling book in the history if the world.

Though people in the Western world might not notice, the influence of Jesus is arguably greater today than at any time in history since his death. One of the fastest growing churches in the world today, if not the fastest, is in Iran. From only about 500 Christians in 1979 there are over a million Christians in Iran today. More Muslims have become Christians in the last 20 years than have done so in the previous 13 centuries combined. (See Where Christianity is Growing the Fastest, by Gene Veith, Patheos, Aug. 4, 2016)

Before the recent government crackdown on Christianity in China, it was largely reported that China was “experiencing an explosion of faith”. (See In China, Unregistered Churches Are Driving a Religious Revolution, Ian Johnson, The Atlantic, April 23, 2017) The estimated number of Christians in China has soared from about 1 million when communism took power to over 60 million in 2017.

But all of this begs the question, perhaps, whether the greatness of the life and influence of Jesus was for the betterment of mankind. This is the question my atheist friend challenged me with. We find an answer in the unlikely source of W.E.H. Leckey, the secular politician and historian:

It was reserved for Christianity to present to the world an ideal character, which through all the changes of eighteen centuries has inspired the hearts of men with an impassioned love; has shown itself capable of acting on all ages, nations, temperaments, and conditions; has been not only the highest pattern of virtue but the strongest incentive to its practice; and has exerted so deep an influence that it may be truly said that the simple record of three short years of active life has done more to regenerate and to soften mankind than all the disquisitions of philosophers and all the exhortations of moralists.”

(W.E.H. Lecky, History of European Morals from Augustus to Charlemagne (1895) New York : D. Appleton and Co. Retrieved 15 May 2017.) Though he once studied theology as a young man, Leckey, like H.G. Wells, favored evolutionary theory to theology and embraced rationalist thinking over religious faith. (See www. britannica.com) He believed in secularization. (See the commentary of R.F. Foster) He opposed the combination of nationalism and religion. (See the commentary of Brian Garvin) Yet, he acknowledged the great and beneficial influence of Jesus on history.

Tom Holland, the prolific historian of Western Civilization, was much more interested as a youth in “the swagger and the cruelty and the drama of the great empires who feature in the Bible” then the people of Israel. Holland was more attracted to the pomp of Pontius Pilate than Jesus. Though he was more attracted to great civilizations as a youth, he began to  view them differently as he became a serious historian:

“When I came to start my writing career, I wrote books on what I was most interested in, which was the Greek and the Roman world. But, the experience of having to live in the minds of Greeks and Romans for years at a time, made me come to realise that actually, they were very alien and very terrifying.

“Rome in particular was kind of the apex predator of the ancient world. It’s like the Great White Shark or a Tyrannosaur. Objects of immense fascination. You wouldn’t want to live with a fish tank with a Great White Shark, you wouldn’t want to have a Tyrannosaurus a pet. And so I began to ask myself more and more: how and why did this process of transformation happened?”

These words are from an interview with Tom Holland by Shoab Daniyal Feb. 23, 2020) talking about Holland’s book, Dominion, The Making of the Western Mind, in which Holland traces all the values of his modern, secular worldview to Christianity, though that worldview is, itself, built on a rejection of Christian faith. The great realization that Holland finally concedes is that every value that informs western civilization is Christian, which was a great deviation from the pagan world out of which it arose.

The ideas of natural law, the equality of all men and inalienable rights are uniquely informed and shaped by the words of Jesus. I doesn’t come from the Greek philosophers. The individual right to pursue life as each person wishes to live it, liberty to live according to each person’s conscience and happiness are uniquely Christian in origin.

That the progenitors of our nation didn’t live up to these principles does not in any way negate their significance and importance in leading people into more noble ways of living. (Not that we should hold these principles, themselves, up as idols in place of God.) Our very recognition that these things are of ultimate value – even our judgment against Christians who failed to observe them – is deeply Christian.

Of the test of greatness and goodness there is no match for Jesus. He sacrificed himself in obedience to his message and the truth of which he spoke. Jesus said that greatest love is this: that one lay done his life for another. And Jesus lived what he said.

That we don’t live up to it is no measure of the greatness or goodness of Jesus. Jesus stands above all that came before him and all that have followed. Even by the measure of secular humanists, Jesus is the epitome of greatness and goodness.