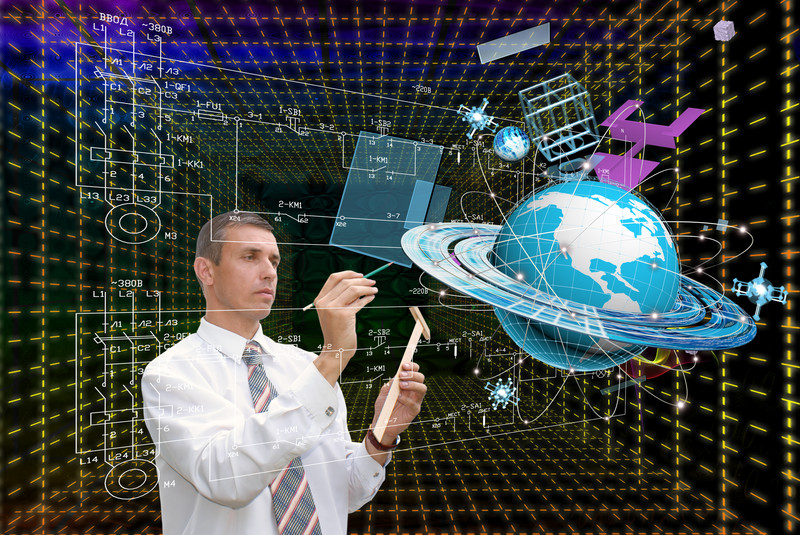 Consider[i] the story of astrophysicist, Hugh Ross. He was a child prodigy raised in a secular, non-religious home in a secular community. At 9 years old, he read a book on creation myths. It summarized 100 different creations stories from different cultures around the world. They were good for a laugh. They were absurd in terms of what the record of nature reveals.

At the age of 17, he read the Bible for the first time and compared the first few chapters of Genesis to the scientific record with which he was intimately familiar. One of his first observations was that the Bible seemed to incorporate the elements of the scientific method. His observations and conclusions when he reading the creation story in Genesis for the first time are truly remarkable.

Hugh Ross observed that the Bible follows this sequence every time it describes a series of physical events. He later learned at age 27 when he read the 28 volume writings of theologian Thomas Torrent on science and the Christian faith that the scientific method was inspired by the Bible (among other things). The Bible birthed the scientific revolution, which came out of the reformation. The Bible encourages everything be put to the test.

But the journey through Genesis and comparison of Genesis to the scientific record when he was 17 is the focus of this article. This was his analysis: 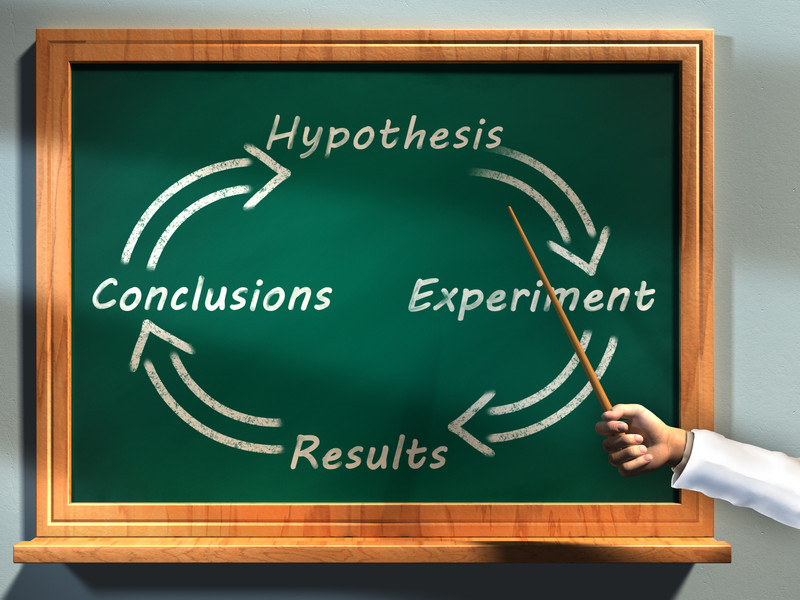 At 17, it took him four hours to figure all that out. This was the first account of creation he read in any of the holy books that fit what the record of nature reveals. The creation story other than the Bible that comes the closest was the Babylonian myth. It mentions 14 creation events, and it gets 2 out of 14 right. When he went through the biblical account, he found 13 events; all 13 were correctly described; and all 13 were in the correct chronological sequence. The probability of Moses getting it in the correct order, even if he had the correct information to begin with, would be one chance in 13 factorial. (1 x 13 x 12 x 11 x 10 x 9 x 8 x 7 x 6 x 5 x 4 x 3 x 2 x 1)

This is a small probability, but an even tinier probability is that Moses got all 13 events correctly described and in the correct order. At age 17, this was the first clue for Hugh Ross that the Bible was different than the other holy books, and he wondered if it could actually be a communication from the God who made the universe. How else could Moses have gotten it that accurate?

Job 38-39 goes through all the events of the 6 creation days. They are not numbered, but they describe the same events and describe them in more scientific detail. Job 38:8-9 supports the implication in Genesis that it was dark because of a cloud layer. (“Who shut up the sea behind doors when it burst forth from the womb, when I made the clouds its garment and wrapped it in thick darkness….”)

He noticed that each day of the creation described in Genesis is bracketed by an evening and a morning. He expected to see that follow through the entire text, but that only happens in the first six days. There is no evening and morning for the 7th day. He concluded we must be in the 7th day if there is no ending point as with the other days. This conclusion made sense to Hugh Ross after reading Hebrews 4:

“[H]e has spoken about the seventh day in these words: ‘and on the seventh day God rested from all his work.’ And …, in [Psalm 95:11], He says, ‘They shall never enter my rest.’ It still remains that some will enter that rest….”

This passage refers to the seventh day of creation in the present tense and in the future tense. Ross concludes, therefore, that we are still in that seventh day. 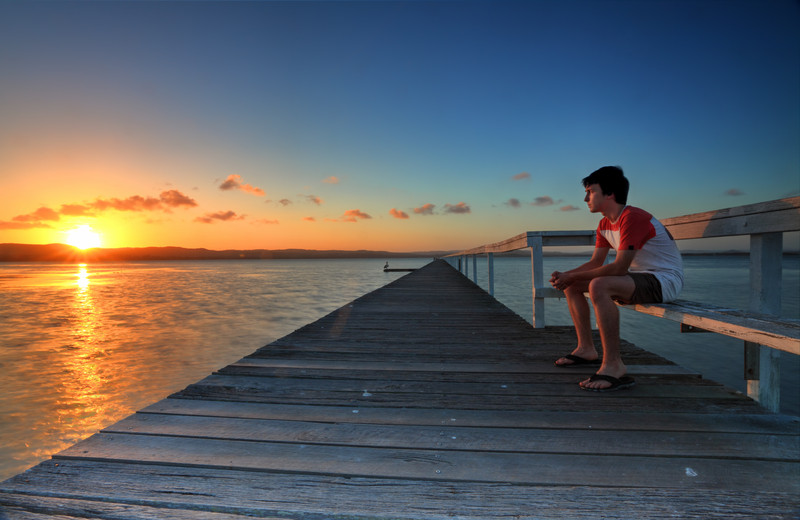 Ross’s discovery continued. He had been bothered since he was 10 years old regarding what he calls the “fossil record enigma”. The enigma is that before humans appear, there is extensive extinction and speciation (new life forms appearing and old life forms disappearing); but after humans appear there is only extinction, but no significant speciation.

He found a satisfying answer to that enigma from Genesis 1 which describes that God created for 6 days, but God rested on the seventh day. In other word, God stopped his work of creating new life forms. For six periods, God created, but in the seventh period God stopped creating. He rested from creation after creating Adam and Eve, who appear in the 6th day.

Another creation account parallel to the six creation days is Psalm 104. Again, the days are not numbered (as in Job), but there is much more scientific content. In psalm 104, we see that life dies off, but God re-creates.

“[W]hen you take away [the teeming creatures’] breath, they die and return to dust. When you send your Spirit, they are created, and you renew the face of the earth.” (Psalm 104:29-30)

God replaces life forms that go extinct with new life forms better adapted to a changing Earth and Sun. According to Hugh Ross, we should expect to see some life forms die out and others appear in keeping with the laws of thermodynamics and electromagnetism. The laws of physics guarantee that new life forms are necessary over time.

The “faint sun paradox” explains why that is necessary. When the Sun is very young, it loses mass. It was about 17% more massive at one time than it is today. The luminosity of a star goes up to the fourth power of its mass. During the early part of the Sun’s history, it would dim considerably. Over the course of time it dimmed by 15%; then it brightened by 15%. Life can only tolerate a 1% change in the Sun’s luminosity. God had to create just the right life forms at just the right times to pull greenhouse gases out of the atmosphere or release them to the atmosphere; and by controlling the atmosphere by the different life forms that were created, God could keep the surface temperature at the ideal level for life.

The Earth is now spinning five times more slowly than it did when life was first created. That is why we only see bacteria first. Bacteria can handle a 4-5 hour rotation rate. We could not. Psalm 104 reflects that God has kept the balance on Earth perfectly to sustain life.

He went through the 25 creation accounts he found in the Bible over the course of about 18 months from age 17 to 19. In that time, he determined that the Bible made over 200 accurate predictions of scientific discovery. The Bible speaks in 11 different places, for instance, of a continuously expanding universe.

No philosopher or astronomer had any clue of the beginning of space and time at the beginning of the universe or that the universe was continuously expending until 1917 when Albert Einstein developed the theory of general relativity, but the Bible authors had already communicated these detailed cosmological characteristics going back to Job. The Bible was thousands of years ahead of its time.

He did a rough calculation when he turned 19 about what would be the probability that the Bible authors could predict these future scientific discoveries without any revelation, inspiration or communication from the God that created the universe. That probability would be <10300 (300 zeros after the 1). That week a professor asked the class to determine the probability that one of the class would be killed by the sudden reversal of the second law of thermodynamics. The probability is 1 in 1080 – a very extreme unlikelihood, but greater than the likelihood that the Bible would predict over 200 future scientific discoveries.

If you want to listen to the whole story, you can watch it here:

[i] Bara/1254 means create; create out of nothing (Latin ex nihilo); i.e. creation by God who alone originates and regulates all life; an entirely new thing. In contrast, yar/3335, means to form (purpose) out of pre-existent matter, like a potter forms a vessel from clay. The word, asa/6213, means to make and also refers  to fashioning things from pre-existing matter.

Hugh Ross concludes that the more than 10 billion trillion stars in the universe (10 followed by 21 zeros) are all necessary to sustain the atmospheric conditions to sustain advanced life on Earth. If there were fewer than 10 billion trillion stars in the observable universe, nuclear fusion would be insufficient, and the only elements that would form would be hydrogen and helium. On the other hand, more stars would make all elements heavier than iron and carbon, nitrogen and oxygen would not form. Only in a cosmos with a finely-tuned number of stars, and a myriad of other factors, can life-essential elements be produced. The vast reaches of the universe, then, are not a big waste od space, energy, mass and time. Hugh Ross observes that the Earth is nestled in a cluster of more than a trillion galaxies, but the Milky Way is the only one that can sustain advanced life. Further, planets in the Milky Way, like Jupiter and Saturn, block traveling asteroids and debris from hitting the Earth.