If Christians are to be instructed by the Word of God on immigration, what would that instruction be?

In the wake of Obama’s executive orders on Immigration and all of the outcry and fallout from it, I wondered exactly what the Bible instructs us on the issue of immigration. The issue is even more critical now in the midst of the Syrian refugee crisis. I know many Christians who are urging the government not to allow Syrian refugees into the country.

But, if Christians are to be instructed by the Word of God, what would that instruction be? I took the time to study it, and the answer surprised me in its clarity.

I did a simple word search in the New American Standard (NASB) version of the Bible. I found at least 36 times that words in the Old and New Testaments were translated as “stranger” (non-citizen, immigrant). The word was often accompanied by the word, “sojourner”. Determining the Biblical view of dealing with strangers among us was simple and easy, and the picture that appears seems clear and consistent.

Strangers were consistently listed with widows, orphans and even with priests as people to whom compassion should be shown. In fact, men who killed orphans, widows and strangers were considered evil. (Ps. 94:6)

Strangers sojourning among the Israelites were equal under the law to the natives in many critical respects. (Exodus 12:49; 23:12) Many of the same standards applied both to natives and to strangers. (Lev. 24:22) Cities of refuge were available for natives and strangers alike. (Josh. 20:9) Strangers were to be treated as natives, and Israelites were instructed to love strangers as themselves. (Lev. 19:34)

Does any of this ring a bell?

Jesus was not really introducing anything new when he said we need love our neighbors (and even our enemies). He was drawing from the Old Testament. It was there in the fabric of the Old Testament, and (most significantly) the idea of loving our neighbors was introduced in the context of strangers sojourning among the Israelites.

Strangers sojourning in the nation of Israel were even allowed to celebrate the Passover with the Israelites, providing they agreed to become circumcised. At that point, they were considered “like a native”. (Exodus 12:48) The Passover, of course, is celebrated to remember God passing over the houses of the Israelites as God brought plagues on the Egyptians to compel Pharaoh to let the Israelites leave Egypt where they had sojourned for over 400 years.

The entire fabric of the Bible reveals that people of God should have a close affinity with strangers, immigrants – sojourners. The people of God have always considered themselves strangers/sojourners in the earth. (Ps. 119:19; Jer. 14:8) Abraham was a stranger and a sojourner in the Promised Land (Gen. 23:4); Moses was a sojourner in Midian (Ex. 2:22); the Israelites sojourned in Egypt for 400 years and in the wilderness for 40 years; and the Israelites were removed from their own land and sojourned in Babylon during the captivity.

The same theme is continued in the New Testament. Peter calls believers “aliens and strangers” in this world. (1 Pet. 2:11) Jesus tells us we need to be born again to see the kingdom of God. (John 3:3) At that point, we become “in the world but not of it” – we become strangers in this world, just passing through.

Most importantly, Jesus provides us clear instruction on the issue of immigration in the famous parable of the sheep and the goats. Jesus says The Father will bless those who fed the hungry, gave water to the thirsty, healed the sick and invited in and clothed the strangers. (Matt. 25:31-36) More pointedly, Jesus said,

There is something in the way that we treat other people, including the strangers among us, that is directly connected to our relationship with God.

Regardless of the way our government or other people we know think about the subject, Christians, of all people, should be in favor of loving our foreign brothers and sisters and doing for them as we would want them to do for us. 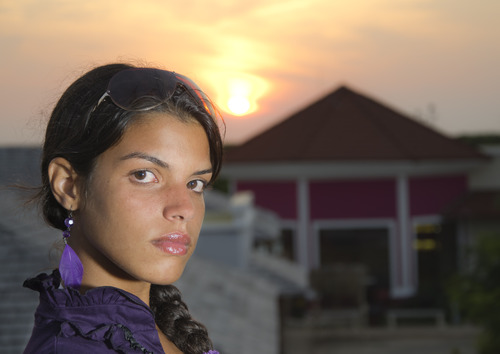 For a lawyer’s take on the executive orders announced by President Obama, read this: http://gji.org/blog/view-from-a-lawyer-on-obamas-immigration-action/

12 thoughts on “Immigration: the Strangers Among Us”