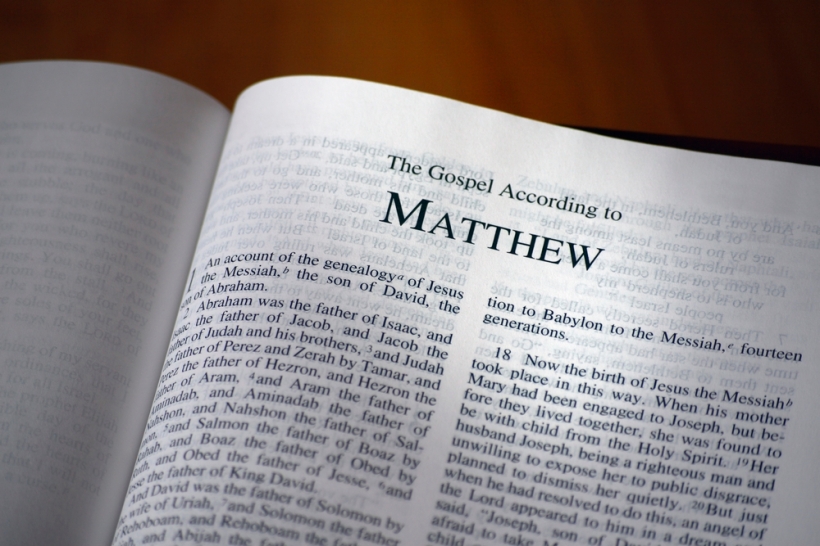 I recently read a blog post by Brett Lunn, on his blog, Capturing Christianity, titled Why Everyone Should Believe that the Gospels are Reliable. If it were that easy, everyone would believe the Gospels are reliable. But, he makes some good points, and one in particular that sparked my interest.

The Gospels, of course, refer to the books we know as the Gospels according to Matthew, Mark, Luke and John. The earliest copies of those writings don’t actually contain a reference to authorship, which has occasioned a great deal of modern conjecture about who really wrote them. I say “modern conjecture” because the authorship wasn’t questioned for centuries.

In fact, the earliest charge from anyone raising a question about the authorship of the Gospels was advanced in the 4th Century by Faustus. Augustine, the great writer, thinker and theologian took on the skeptic, Faustus, with the response, “How do we know the authorship of the works of Plato, Aristotle, Cicero, Varro, and other similar writers but by the unbroken chain of evidence?”[1] With the Gospels, we have a history of acceptance that they are authentic writings of the men to whom they are ascribed all the way up to the 4th Century. That’s a pretty good chain of title.

Another criticism is that the Gospels weren’t written by the most officious people. John, of course, was a close disciple of Jesus, and so was Matthew, but Matthew was kind of suspect. He was a tax collector, and tax collectors for the Roman government were persona non gratis in the Jewish outskirts of the Roman Empire. Couldn’t a disciple with better credentials have authored a Gospel?

Mark and Luke aren’t even disciples! Luke was a companion of Paul. He wasn’t even Jewish; he was a gentile! He wrote in the Greek style of the highly educated, using Greek expressions, instead of Hebrew ones. We know him chiefly through Paul’s letters: Luke the doctor (Col. 4:14) who was the last companion to remain with Paul before his death (2 Tim. 4:10-11) among other references.

And Mark? He was a companion of Peter. He was also a companion of Paul, being described as a missionary with Barnabas and Paul (John Mark) in whose house many gathered to pray. Paul also asks for Mark to come to him in the same letter in which he laments that Luke is the only person still with him. (2 Timothy 4:11) Peter referred to Mark as his son, which most scholars take to mean a term of honor and endearment. (1 Peter 5:13)

Mark also had a falling out with Paul at some point, however. (Acts 15:36-39) Luke was a Gentile. Matthew was a despised tax collector. Couldn’t even a fledgling religion come up with credible scribes of the central story?

Sure, if Christianity was nothing but a religion concocted by the imaginations of men. Frankly, why would anyone choose this cast of characters?

I think the answer is that no one would have chosen these guys, and the story wasn’t made up. These are the men who reported what they saw, what they heard and what they knew to be true from firsthand accounts. The truth is kind of like that. It isn’t neat and clean like a story someone made up. It is what it is.

And this is the point that intrigues me by the article that inspires this piece. END_OF_DOCUMENT_TOKEN_TO_BE_REPLACED

In this piece, I largely follow a presentation given by Dr. Danial Wallace*, but I add in some additional information about the early church to round out the information. Dr. Wallace underscores the fact that the early church was particularly concerned about the authorship of the writings they relied upon. They only trusted the writings of the apostles and associates of the apostles. We see this concern reflected in the writings of the earliest church fathers.

The original gospels, however, were anonymous, notes Wallce; that is they did not have internal references to who wrote them. They were only given names to distinguish them from each other externally, and this tradition went all the way back as far as we can trace them. The fact that the early church was so concerned with authorship, but universally accepted and used the four canonical gospels, suggests that the authorship of the Gospels was never in doubt.