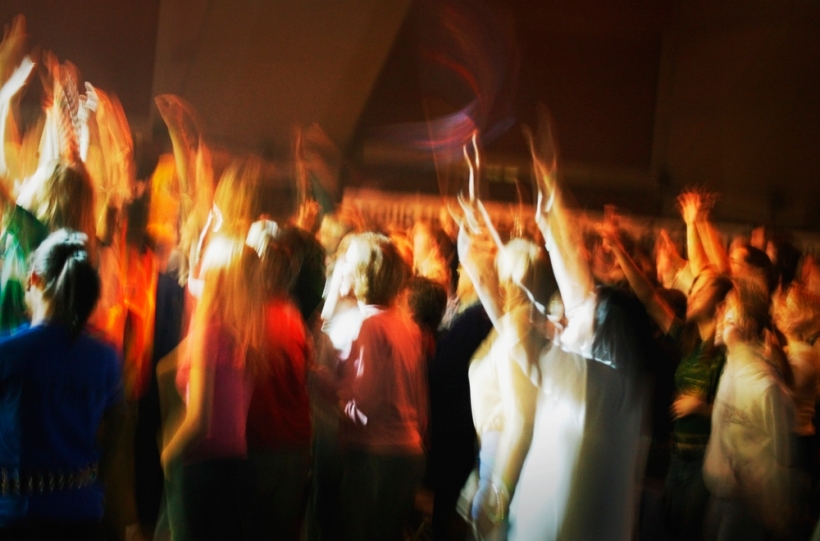 Over the past month, two rather prominent Evangelical Christians have publicly announced that they are walking away from Christianity. First there is Josh Harris. Back in 1997, a 21-year-old Harris wrote I Kissed Dating Goodbye and became an instant celebrity within Evangelicalism. The book advocated courtship over dating, stressed sexual purity and abstinence before marriage,…

via Josh Harris, Marty Sampson: Why Some Christians Walk Away (…and why others, like Ken Ham, insist they have all the answers) — resurrecting orthodoxy

This is a thoughtful piece on the recent public “deconversions” of Marty Sampson and Joshua Harris. Most people (probably) (me included) didn’t know either name until they recently. They have become more highly visible in loosing their faith than they ever were in keeping it (so it seems anyway).

Before getting into the meat of the piece I am reblogging, I note that both men stepped into prominence in the Christian world at very young ages. Like childhood actors, that seems to me to be a recipe for difficulty. They might have been mature 21-year olds (I don’t know), but 21-year olds don’t have the life experience and perspective of, say, a 60 year old. There is a difference.

Maybe we shouldn’t be so eager to thrust influence on people so young. Just a thought. Talent for writing or singing doesn’t necessarily mean spiritual maturity. That’s another thing: we do tend to idolize the naturally gifted. But these aren’t really the points of this piece.

Joel Anderson, the blogger whose piece is the subject of this article, observes some things about the Christian culture that I think are worth examining. He says,

“Now, if you were an unbeliever who became a Christian, the external signs are obviously going to be pretty obvious: your life is going to look considerably different.

But sometimes it’s tricky if you grew up going to church and grew up in a decidedly Christian subculture. You’re already living among all the trappings of what it looks like to be Christian: you already go to church, go to youth group, etc. What do you do if you’ve grown up with all that, but then you’re faced with the clear Gospel message that to follow Jesus, one must repent and ‘crucify the old man’? What does that look like if you’ve always grown up in a very Christian environment?”

I grew up Catholic. I didn’t know I had an “old man” inside of me. I did know I was a sinner, something was wrong, but I saw nothing of any relevance to me in the church with its staid ritual. When God drew me and awakened a new spiritual reality to me, it was largely through evangelical Christians.

When I came to identify with being born again, it was a real experience. It wasn’t a doctrine taught to me in Sunday school. To that extent, it’s hard for me to imagine what it must be like to grew up in evangelical Christianity where being born again is “normal”.

But, I have noted that people who grow up with evangelical Christianity have similar experiences to what I experienced in the Catholic church. They get just enough of the “virus” to inoculate the from the real thing. Not that I see evangelical Christianity as a virus: the point is that mere familiarity with Christian “doctrines” without personalizing them and having a real faith experience can prevent the gospel from ever taking firm root.

Birth happens with pain, tension and angst. Perhaps, new birth must also occur in the same way. I don’t know. I wouldn’t make doctrine out of it, but there might be some truth to the idea. Joel continues:

“I remember growing up, both in church and at my Christian high school, there was just this unspoken assumption that said, ‘Well, we are obviously all Christians; we’ve already said the sinner’s prayer when we were 8 (or whenever), got baptized when we were 12 (or whenever), and now have all the answers right in this book (i.e. the Bible). So, are you doing all the right things and saying the right answers? You’d better—they’re clear, everything is clear. Don’t be a compromiser, here are the right answers you are supposed to give. It’s easy. Just stick to the script and everything will be okay.’ Nobody purposely pushed that, mind you. It was just the feeling that permeated everything.”

I often hear people blame the church for what Joel describes here, but I don’t think we should necessarily blame the church. The church is a place where we can encounter God with other believers, but the church can’t make a person a Christian. A person isn’t a Christian just because they go to church.

(Remember the car in a garage analogy? Just because you park yourself in a garage doesn’t make you a car.)

The reality of faith most be born in each person. Each person must be born again. We don’t inherit faith from our parents, grandparents, ancestors or culture. God has no grandchildren; God only has children.

That means the experience and the reality of faith must be personal… to each of us. We can’t ride anyone’s coat tails into the kingdom of God. We have to find our own way and encounter God for ourselves. Joel continuances:

Now, even though I grew up in a Christian home, went to church every Sunday and Wednesday night, and went to a Christian high school (and in a sense have been a Christian my whole life), it wasn’t until the summer after my junior year in high school that, after reading C.S. Lewis’ Mere Christianity that Christianity really started to challenge me and make sense. But that was also the same time that realized I no longer felt at home in the particular Evangelical trappings of my church and school. Sting’s song, ‘Consider Me Gone’ was my personal song for my senior year. When I came to Christ and made Christianity my own, a part of me died to, indeed repented of, the Evangelical Christian type culture in which I had grown up.”

What Joel says here may be hard to swallow for many evangelicals. Just like my leaving the Catholic church was difficult for my parents and my priest, no doubt. But I identify with him in what he says. Hear me out.

I embraced evangelicalism when I become born again. I found my home there, so I don’t say these things lightly. I still consider myself an evangelical, but I have learned that we have to be careful with the degree to which we identify with anything other than Jesus and the Gospel.

It should also give us pause to be slow to try to control the journey for someone else. A lot can go wrong when we insinuate too much of ourselves and try too much to control outcomes for other people.

I am rambling a bit now, so forgive me, please. I see a lot of things wrong with evangelicalism today, though I still identify as an evangelical. But that’s true of every Christian stripe, every denomination and every church. To the extent that these labels are all human constructs and our corporate and individual attempts at maintaining “the body of Christ”, they are going to fall short.

The “apostasy” of a couple of somewhat prominent men in Christian culture may (more not) create a crisis of faith in some. If a person is wrestling with a crisis of faith as a result, maybe that’s a good thing. If our faith is grounded only in the people we see as our spiritual guides, maybe we aren’t following Jesus as closely as we should.

Our faith must be genuine and rooted in Christ in a personal way to be real. While there is a corporate element to faith, we must be personally born again. The change (and there should be a noticeable change of some sort) should be real, personal and deep seated in the life of each individual who professes faith in Jesus.

We don’t maintain that personal connection merely by going to church, identifying as a Christian, or through any other ritual or pronouncement. That connection is maintained between us, individually, and God.

Until we realize, as David did, that we can’t go anywhere that God isn’t present, that we can’t think a thought or say a word, that God doesn’t already know it, we may be tempted to think that God is only in our church, our labels, our rituals and our doctrines. These things can all be shaken. Even our understanding of the Word of God can be shaken.

When I went through a crisis of faith of sorts after leaving a “perfect” church with “perfect” leaders, I leaned heavily on Paul’s statement to the Romans: Let God be true, always, though every man be a liar. (My paraphrasing) When that “perfect” church crumbled, self-destructed and disintegrated, and some of the leaders walked away from the faith, I had to cling to God.

And, I’ve learned that clinging to God is the best place to be.

4 thoughts on “Some Thoughts by a Fellow Blogger with Mine Mixed in: On Apostasy and Genuine Faith”