An exceedingly high bar for the proof of miracles allows Ehrman and Harris to avoid a serious discussion about the evidence of the resurrection. 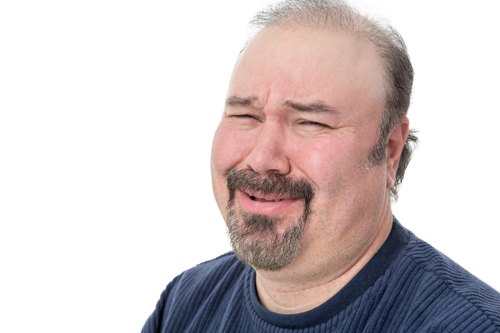 I have written three articles summarizing some observations I have from an interview of Bart Ehrman, the agnostic New Testament scholar, by Sam Harris, the atheist, about Christianity. In those articles, I cover Bart Ehrman’s story about losing his faith, the fundamentalism that continues to color the way Ehrman reads the Bible and the dangers of social influence as a substitute for a deep, personal relationship with God.

I covered in the first article the rather ironic claim that Harris makes about approaching a familiar subject from a new angle. When an atheist interviews an agnostic on the subject of Christianity, I don’t know what new angle he is talking about! They both come from the same angle of unbelief.

When Sam Harris asks Ehrman to describe what Ehrman, as “an informed believer” would have said was the strongest argument for Christianity, I had to chuckle. When Ehrman replied that the proof of the resurrection would be the strongest argument, I had to agree, though. As Paul said, if Jesus was not raised from the dead, his preaching and faith were useless, and he would have to be pitied.[1]

For the proof, Ehrman states only two facts: the empty tomb, and the followers of Jesus who claimed to see Jesus alive after the resurrection. (They are other “minimal facts” that even skeptics will concede.) Ehrman doesn’t expound on the two facts, other than to note that Paul alludes to a list of people in 1 Corinthians who claimed to see Jesus risen from (including 500 people at one time (see 1 Corinthians 15:3-8)).

These two facts are certainly on the short list of key factors scholars evaluate in considering the historicity of the resurrection, but they are not the only facts to be considered. Even skeptical scholars, like Ehrman, admit a few more. (See Previewing the Minimal Facts Critique of the Resurrection.) But, Ehrman and Harris never really get to a discussion of the facts.

Before any real discussion of the evidence, Sam Harris jumps in to refute the resurrection by reference to David Hume. Hume of course is the 18th century philosopher who urged a standard of proof for miracles that, in Sam Harris’s own words, is “a bar that is exceedingly difficult to get over”. By reference to Hume, Harris says that the proof of a miracle has to be so strong that believing in anything other than a miracle would, itself, would require belief in the miraculous.

This is a type of a priori position that discounts and dismisses miraculous claims without really taking a hard look at the evidence. In essence, the position is that miracles can’t happen. They don’t happen. Therefore it didn’t happen. This “exceedingly” high bar that Sam Harris speaks about is arbitrary. Ehrman acknowledges, but glosses over, that point by saying that “believers have a different standard of proof”. This is entirely true, but it doesn’t really address the issue.

What is a proper or reasonable standard of proof?

Who can even answer that? One answer might be that everyone can answer that. People can answer that for themselves. Hume sets the bar “exceedingly high”, as does Sam Harris and Bart Ehrman. But why should the bar be set that high? It’s a question without definitive answer for anyone but the individual asking it.

Hume argues that we should give greater deference to things that we observe regularly, like the laws of nature. We should give much less deference to things we do not regularly observe, like miracles, which, by definition, are rare events. Since the evidence for regular events is greater than the evidence for rare events, says Hume, we should always believe the greater (regular) evidence and disbelieve the lesser (rare) evidence unless the lesser evidence is so great that it cannot be discounted.

This is the “exceedingly high” bar of which Harris speaks. We get a clue as to how that bar is employed by Harris and Ehrman in the way they dismiss the evidence of resurrection. To begin with, they don’t even examine all of the “minimal facts” that most skeptics would “allow” us to consider. Instead of spending any real effort addressing the two facts that Ehrman suggests, Harris launches right into Hume. In a nutshell, they assume miracles don’t happen; and therefore the resurrection didn’t happen – end of discussion – no need even to consider the evidence.

While they do continue the discussion, the exceedingly high standard lurks conspicuously in the background. For instance, it doesn’t matter that 500 people saw Jesus at one time. Bart Erhman doesn’t refute the fact, but he makes no attempt to address it. He doesn’t have to because he has already determined that miracles don’t happen.

How does the gospel writer “know” that? For Ehrman, the only answer is that the Gospels are written after the destruction of the temple. And why is that? Because it was impossible for Jesus to have predicted the destruction ahead of time.

Ehrman takes the same position with the predictions of the death and resurrection of Jesus that appear in the Gospels. In other words, he doesn’t believe that Jesus predicted the temple would be destroyed, and he doesn’t believe that Jesus predicted his death and resurrection. Rather, he believes that the Gospel writers put those words into the mouth of Jesus (they made it up) many years later.

How does Ehrman “know” this? Because miracles don’t happen. Therefore, he couldn’t have predicted the temple destruction, and couldn’t (and wouldn’t) have predicted his own death and resurrection. The reasoning is circular.

Harris and Erhman rightly focus on a literal resurrection (resurrection of the body of Jesus in the flesh) as a kind of last bastion of defense of the faith, but they don’t take it seriously. In one segment, Sam Harris expresses “shock” about the many very intelligent and prominent people who “believe in science”, who believe in evolution and the fact the universe is 14 billion years old, who also believe in the actual resurrection of the body of Jesus. This is because Harris and Erhman are both coming from a perspective from which the bar for “proving” a miracle is so high as to be virtually impossible. The standard of proof they have adopted, in essence, excludes the possibility of belief.

Ehrman publicly admits that the earliest followers of Jesus believed he rose from the dead. So, why does he say it was a legend that arose many years later when talking to Sam Harris?

It’s hard to reconcile Ehrman’s admission about those early creeds incorporating the death, burial and resurrection message dating to the time immediately after the death of Jesus and his insistence that the same message was only recorded in the Gospels many years later (after the destruction of the temple). Other very prominent scholars note this disconnect between Erhman’s concession as historical fact that the early creeds date back to months or a few short years after Jesus’s death and his contrary position that the idea of the resurrection developed much later and in the nature of a legend.

Perhaps, the explanation for this disconnect goes back to the “exceedingly” high bar that Harris and Ehrman use when it comes to miraculous things. They just don’t believe that miracles occur, so any explanation, other than the one that suggests the miraculous, is what they gravitate toward – even if they have to be inconsistent to maintain the position. This does not suggest a very open mind.

Harris’s exceedingly high bar isn’t very accommodating to miracles, which are (by definition) singular events. By the same standard, we might wonder how Sam Harris accepts other singular events (or series of events), like the Big Bang, the origin of life on earth, macro-evolution, the history of the earth – in fact, any historical fact! Abraham Lincoln was assassinated only once. The birth of Charles Darwin only happened once. There is only one Sam Harris! If I apply the same level of skepticism to anything and everything, there isn’t much left for me to believe in.

Setting the bar as high as they do, they don’t really have to take any of the evidence for the resurrection very seriously… and they don’t. Of course, they don’t apply the same standard to other events that “do not regularly occur”. They are biased against the possibility of one-time things like miracles, but not against other one-time things that we take for granted, such as our very own lives.

In the next blog post, I go back to the curious similarity in the way atheists and fundamentalists interpret Scripture.