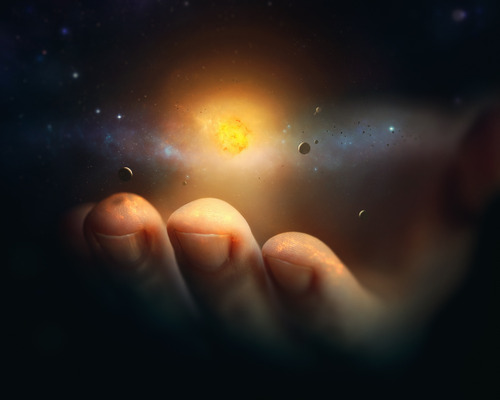 Many people who have read the Bible (or say they have read the Bible) see only an angry, arbitrary and punishing God. Reading through the Old Testament can create that impression, but that would be a cursory reading that only scratches the surface. Most of us read things through the lens of our existing understanding. Our view of God depends not only on our understanding, but on where we stand.

People can be quick to criticize what they do not understand. We see that every day in comments about news events. People don’t know all the facts, but that doesn’t stop them from forming strong opinions and rushing to conclusions, and those conclusions are usually of the black and white variety. People who know all the facts, usually have a different, more nuanced view of those facts.

If you approach the Bible, or anything, with preconceived notions, there is little chance that you will come away with a different opinion than the one you have already formed. If you are willing to consider alternatives to those preconceived notions and open to understand them.

Have you ever listened to a lively, upbeat, seemingly positive song only to discover that the lyrics are dark, negative, even disturbing? Until you understand the depressing, unsettling message, you do not understand the song. Once you understand the song, you can appreciate the irony of the light and uplifting tempo and chord structure belying a dark, pessimistic message under the surface.

The Bible is like that in reverse. The appearance of an angry, jealous and wrathful God gives way to a loving, kind, long suffering, self-sacrificing God who desires a relationship with his crowning creation that tends to stray far from Him. What we see in Jesus is very different than our impression of the “God of the Old Testament”, but they are the same.

How can that be?

I think that the answer may be explained, in part, by God’s holiness. God is who He is. He cannot be anything other than who He is. He is pure, having supreme integrity, and holy (other). The kind of God who created a Universe so “large” that we cannot see the beginning or the end is going to appear enormously unapproachable to beings like us, whose lives are no more than wisps in the vast eons of time – insignificant micro-organisms in the drops in the ocean of eternity.

Imagine how an ant might see a man. While the man stoops down with good intentions, would the ant understand? Multiply that by infinity!

If the man could become an ant, the ant would have a different perspective.

That is what God did. God emptied Himself and took on flesh and blood. He humbled Himself and was born as a man, as a baby in a manger. God brought His message to us in the person of Jesus, and that message takes on a whole new perspective when we consider Jesus – God who became man. We see God’s heart in the life of Jesus, who allowed His human self to be killed at the hand of His own creation to show His intentions toward us.

The Creator of the Universe, who appeared angry, jealous, and vengeful from the distance (in the Old Testament), turns out to be the Way, the Truth and the Light, the Bread of Life, the Giver and Sustainer of life when He stoops to our level. He turns out to be Love!

When we are separated from God, we do not have life or love. When we have a relationship with God, we know and feel His love for us.

God is the standard. We either line up with Him or against Him. Our view of God depends on our understanding; but ultimately, and more importantly, it depends on where we stand in relation to Him.