The church we know in the United States doesn’t look like Church worldwide. 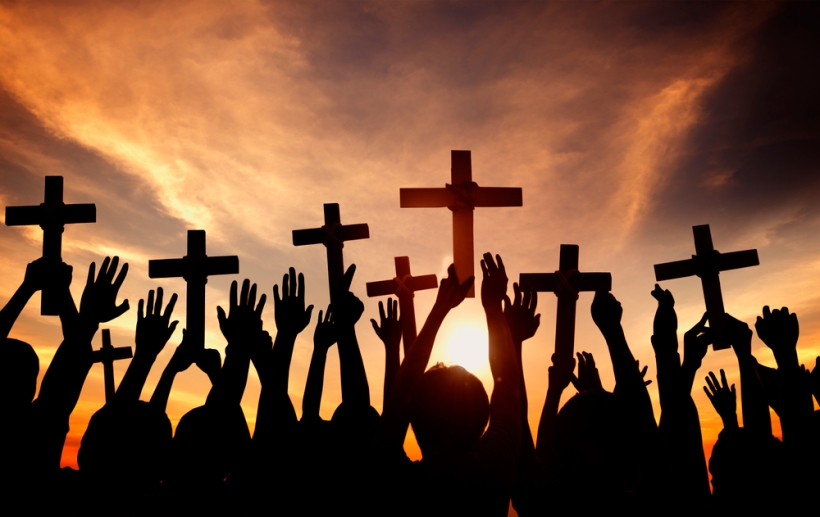 I read today this tweet by David Cassidy (found here):

…she has not read CS Lewis or Christianity Today; she has not read your blog, nor mine, and does not go to Starbucks or care one bit about alternative endings to Game of Thrones or if the latest lyric from Hillsongs [sic] agrees with our confessional standards.

She is also likely the vessel God will use to prophesy to the next generation. She’s not afraid of suffering either: Over 215 million believers are persecuted with intimidation, prison, and even death for their faith in Jesus Christ across the world (Open Doors, USA)[6]

* 42% of the world’s population is under 25[7], half in sub-Saharan Africa and South Asia[8] * The median age of the global population is 28[9]. If your ‘mission’ is preservation or expansion of White Christian USA nationalism, you need to wake up & repent

South American and Central American churches are thriving and reviving. Thank God. We have to be about global mission and embrace all people everywhere with the love of God. That starts with neighbors next door but won’t stop there.

White American Nationalist Christians need to be at the feet of these global Christian communities and LEARN again the power of prayer, the presence of God’s power in the absence of political power, and the joy of the Gospel. Man, I have so much to learn!

Much of this tweet rings true to me based on what I have been reading over the past several years, but I spent some time fact-checking the various statements. The results of what I found are linked in the references below.

I was able to verify most of the statements. The only ones I couldn’t verify are the statements about the average age of Christians worldwide and the median age of the world population, which was 28 a few years ago, but more recent numbers show a rise to 30. Studies also seem to show that the average age of religious people in the world is increasing (especially in the west), but I couldn’t find anything specific to Christianity.

Still, most of what David Cassidy says in this tweet is true. The key points being that Christianity is not a white, European-centric or even western religion … at least, not anymore.

Think about that for a moment…. While American Christianity still looks very white and paternalistic, the church worldwide looks very different.

The British non-profit, SAT-7 UK, reporting in October of 2013 that women were “at the heart of church growth in Iran”. The Frontier Alliance International organization has been claiming since 2015 that the fastest growing church in the world is in Iran, and it is being led by women.[10]

Whatever one might think about the gender issue, there can be no question that Caucasians are a small minority in the Church global today. While the church has been shrinking in the west for generations, it is exploding in various parts of the world.

In 2014, researchers predicted that China is on a course to become the world’s most Christian nation within 15 years. That prediction was still being reported in 2018 despite increasing persecution.[11] We have yet to see what effect the more recent attempts to shutdown Christians by the Chinese government will have on that growth.

What’s my point in focusing on the character of the worldwide Church? The same point that David Cassidy makes: the world and the Church doesn’t revolve around the United States or the west. The church we know in the United States doesn’t look like Church worldwide. It’s about time we took notice of it.

In fact, I dare say the American church is downright anemic compared to the faith demonstrated and lived out by our brothers and sisters in other parts of the world. We should have the humility to acknowledge that and learn from them.

I fear the condition of the American church is dire. We have bellied up too close to the bar of intoxicating influence over society – influence that is slipping though our fingers now. I fear that we are too desperately trying to hold onto and maintain our place in this world, forgetting that Jesus left to prepare rooms for us in the Father’s house.

[1] See The Gender Gap in Religion Around the World, Pew Research Center, March 22 2016 (noting that “women are generally more religious than men, particularly among Christians).

[2] See Racial and Ethnic Composition among Christians. (Black, Asian Latino and other/mixed race people make up 86% of the Christian population globally, and the growth among non-white people is fast increasing this gap.)

[3] While  couldn’t find a definitive article that compared third world to first world Christians per se (using that terminology), found articles like this one in The Washington Post: Think Christianity is dying? No, Christianity is shifting dramatically, by Wes Granberg-Michaelson, March 20, 2015, reporting that Christianity is declining in the United States while the rest of the world is becoming more religious and that “the center of Christianity has shifted from Europe to the global south”, indicating that only 40% of the world’s Christians live in North America and Europe now.

[4] The PEW Research Center reports that Pentecostal and Charismatic Christians, together, made up 8.5% of the world Protestant Christian population compared to just 4.1% for Evangelical Christians, recognizing that these categories overlap. (See Christian Movements and Denominations, Dec. 19, 2011) More specifically, though, “historically Pentecostal” Christians (Assemblies of God and Church of God in Christ) make up 10.8% of Protestants worldwide, while Presbyterian/Reformed Christians make up 7% of Protestants.

[5] This statement is true of gender and skin color, but I couldn’t find corroboration of the average age. The closest article I could find on the subject is from the Pew Research Center: The Age Gap in Religion Around the World, June 13, 2018 (stating that “young adults tend to be less religious than their elders; the opposite is rarely true”), but this article doesn’t focus on religions, generally, not Christianity.

[6] The number stated might be old. See Christian Persecution by the Numbers, by Open Doors USA, Jan. 16, 2019,  reporting that 245 million Christians in the world experience high levels of persecution”. That is 1 in 9 Christians worldwide. That’s an increase of 14% from 2018 to 2019. The world is growing more hostile to Christians.  Open Doors USA reports that the number of Christians “suffering high to severe levels of persecution” in the world in 2020 has risen to 260 million. (See The Top 50 Countries Where It’s Hardest to Be a Christian, by Jayson Casper, Christianity Today, Jan. 15, 2020) By the way, the US is not in the top 50 hardest countries to be a Christian, despite the complaints of many US Christians about “persecution” in the US.

[7] Spot on. See Chart: How Is the World’s Youth Population Changing? Published on Data Blog by Tariq Khothar April 17, 2017.

[9] The median age of Christians worldwide was reported to be 28 in 2010, but more recently it is about 30. (See Christian Population Growth at Wikipedia. See also List of Countries by Median Age at Wikipedia (30.4))

2 thoughts on “What Does the Global Church of Jesus Christ Look Like? And Why It Matters?”