If faith is not robust enough to hold up to scrutiny, it isn’t worth holding on to. 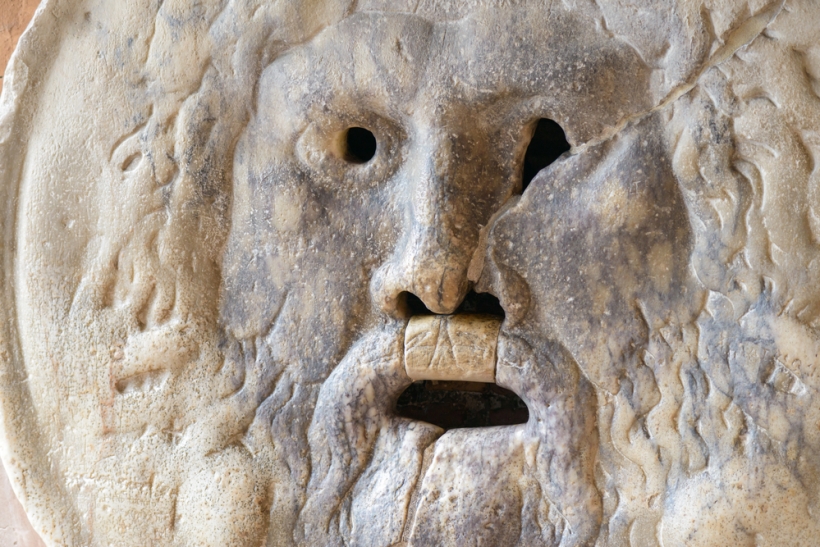 I traveled for 12 hours in a car recently and spent most of that time listening to podcasts. Among the people I listened to were interviews of Tim Keller and Os Guinness, and joint interview of Lisa Gungor and Alisa Childers. They talked about their own faith journeys, doubt and such things as truth.

As I thought back on those interviews at the end of my trip, some thoughts congealed and took shape. I will try to capture them in this short piece.

Tim Keller, at the time of the interview, was leading a very successful church plant in Manhattan New York, a hub of worldly skepticism (and had been ding so for 20+ years). They discussed what helped him be so successful in that highly secular and skeptical environment.

In discussing his journey to faith, Keller said, “If it weren’t for my doubts, I would have never met Jesus.” Honest doubts, for Keller, were the catalyst for his faith.

Keller commented that doubt really isn’t a problem for faith. Honest doubt and an earnest desire for resolution of those doubts led Keller to faith. Keller, therefore, isn’t afraid of doubt. He welcomes it. For Keller, doubt is healthy soil for a robust faith.

With that said, Keller cautioned that concern for truth needs to be tantamount. In this way, he distinguishes “honest doubt” from doubt that is unrelated to a desire to seek the truth.

The example he gave was that of Aldous Huxley. Huxley was open about the reason he rejected Christianity and belief in God in college. He wanted sexual freedom, and he knew that admitting the existence of God would hinder him from gaining the freedom he desired. Aldous Huxley’s “doubt” was a matter of convenience for him to free his conscience for the purpose of sexual liberality.

Os Guinness described his faith journey in a subsequent interview. This journey took place half way around the world from his parents, who were under house arrest in China.  His influences were the likes of Dostoevsky, Nietzsche and other great writers and thinkers whose books he devoured during his teenage years that he was separated from his parents.

After coming to faith, and throughout his life, Guinness continued to “stretch” his faith. As examples, he explained that he did his doctoral thesis on the sociology of knowledge, which he described as “mind-spinningly relativistic”. He spent months studying under an Hindu guru (whose name I neglected to note). Guinness said that those two experiences, and others like them, were a tremendous challenge, but they ultimately served to deepen and strengthen his faith.

I strongly identify with these men. I became a Christian in college on the campus of a secular liberal arts school. I say it was secular, but it was nominally Methodist. It was begun by Methodists in the mid-1800’s, and there was still a Methodist chaplain on staff when I attended. I have come to observe that nominal Christianity is a lot like an inoculation; a small dose is sufficient to ward off an onslaught of the full disease.

The chaplain wore a big cross, and was a pious, thoughtful and well-read man, but I couldn’t describe much more about him. My religion professor, the Christian one, (a brilliant man) subscribed to the theory that all roads lead to the top of the same mountain. He was somewhat enamored with Liberation Theology (a synthesis of Christian theology and Marxist socio-economic analyses). Among the lectures I attended while studying religion included a German Muslim and Hari Krishnas, among others.

In this environment is where I became a “born-again Christian”. More accurately, I should say, I asked Jesus to be my Lord and Savior over the summer between my freshman and sophomore years. That’s when everything changed. This was after having had a world religion class and being introduced to a very pluralistic and secular perspective about religion in my college courses.

Reading the Bible (for the first time) in context, comparison and contrast to the main texts of the major world religious gave me a unique initial view of the Bible. I noticed the differences.  They were stark, and those differences stuck with me.

After a summer of encounter with God, I returned to this nominally Christian, pluralistic and predominantly secular environment. Even so, my faith grew strong and deep. My faith was stretched, to be sure, like Os Guinness. My doubts propelled me forward to find answers like Tim Keller. For these reasons (I think) I identify with these men.

Unlike the popular notion that is carried forward by the New Atheists, faith is not believing in something in the absence of evidence, or worse, “in the teeth of the evidence”, as Richard Dawkins says. Faith is putting trust in the evidence I have. Robust faith involves the testing of its strength against truth. If faith is not robust enough to hold up to scrutiny, it isn’t worth holding on to.

The last of the interviews that bear on the subject of faith, doubt and truth is an interview of two women who grew up in Christian homes, engaged in Christian music ministry, and then went through a period of doubt and “deconstruction”: Lisa Gungor and Alisa Childers. Alisa Childers bounced back from her season of doubt and deconstruction with a very deep and strong faith that she has turned into an apologetic ministry. Lisa Gungor, however, still seems to float in a nebulous world of uncertainty and muddled thinking (such is the impression left by the interview).

I don’t mean to be unkind. I get the distinct impression that she hasn’t really landed anywhere solid just yet. Perhaps, she will, and, when that happens, she will have clarity. During the interview, though, she appeared quite unformulated in her thinking and had difficulty expressing herself.

Childers, on the other hand, spoke in humility without sacrificing clarity and confidence. One thing that Alisa Childers said sticks with me. She said that faith and doubt are not opposites. Rather, disbelief is the opposite of faith.

Disbelief, or unbelief might be characterized as a decision not believe or a negative reaction to belief based on something other than the truth. In this way, we might turn Dawkins notion of faith on its head and call it blind unbelief.

Doubts are healthy and normal. Honest doubts that challenge our understanding of truth motive us to resolution, and that is good. This is a message people in the church need to hear, especially young people. It’s a message I have tried to convey myself. (See What Jesus Thinks of Doubters and Room for Doubters and Skeptics)

Childers described a strong desire to know the truth which propelled her. I think this is what Keller would describe as honest doubt. Though she didn’t say it, she implied a basic belief that we can know the truth.

Lisa Gungor, on the other hand, expressed doubt that she could even know the truth. I don’t want to speculate too much about Lisa Gungor or, again, to be unkind. To the extent, though, that she put herself out there with this interview (and a book, and a blog, etc.), I think it bears some comment.

Truth matters! A healthy respect for the truth of gravity and momentum matters when we are driving a vehicle up the side of a steep mountain. I submit that moral and spiritual truth matters as much as truth that can be known by science, and we shouldn’t settle for muddled thinking about it.

I sincerely hope that Lisa Gungor presses through the fog and finds clarity and truth – if , indeed, she values clarity and truth more highly than other things that might be weighing on her. Her husband went from Christian ministry to atheism. The sea change must be unsettling at best.

Even so, she did not follow him that far. She did follow him all the way to atheism and disbelief, but she traded orthodox Christianity for a nebulous, uncertain Christianity that doubts Scripture, doubts any particular understanding about God and has few, if any, parameters.

I know well the influences and pressures that bear upon a person who holds to the fundamentals of Christianity in a secular, pluralistic and progressive environment. Orthodox Christians, even ones who hold to “mere Christianity”, are completely out of step in a modern, secular world. It can be a lonely place. Pressure to conform, to acquiesce, to go along and to keep any contrary thought to one’s self is tremendous.

Tim Keller asserts that the ultimate reason for faith should be that we believe it to be true. I attempt to embrace that view. There is freedom in that view. I don’t have to be afraid of truth. In that way, truth, itself, is a safe harbor because it doesn’t shift or change. Rather, I must change to accommodate the truth.

Os Guiness says, “Contrast is the mother of clarity.” Ravi Zaccharias is fond of saying that truth, by definition and necessity, is exclusive. Many people, though, don’t want to consider the differences (the contrast). They fear exclusivity, and so they fear the truth. As a result, they settle for sloppy thinking in which truth is nothing but a shadowy concept that deserves skepticism.

Postcript: Not that any one of us can ultimately be assured of the proof that what we believe is true. I agree with Lisa Gungor this much. We are finite beings with limited perspective. Recognizing this should produce a certain humility.