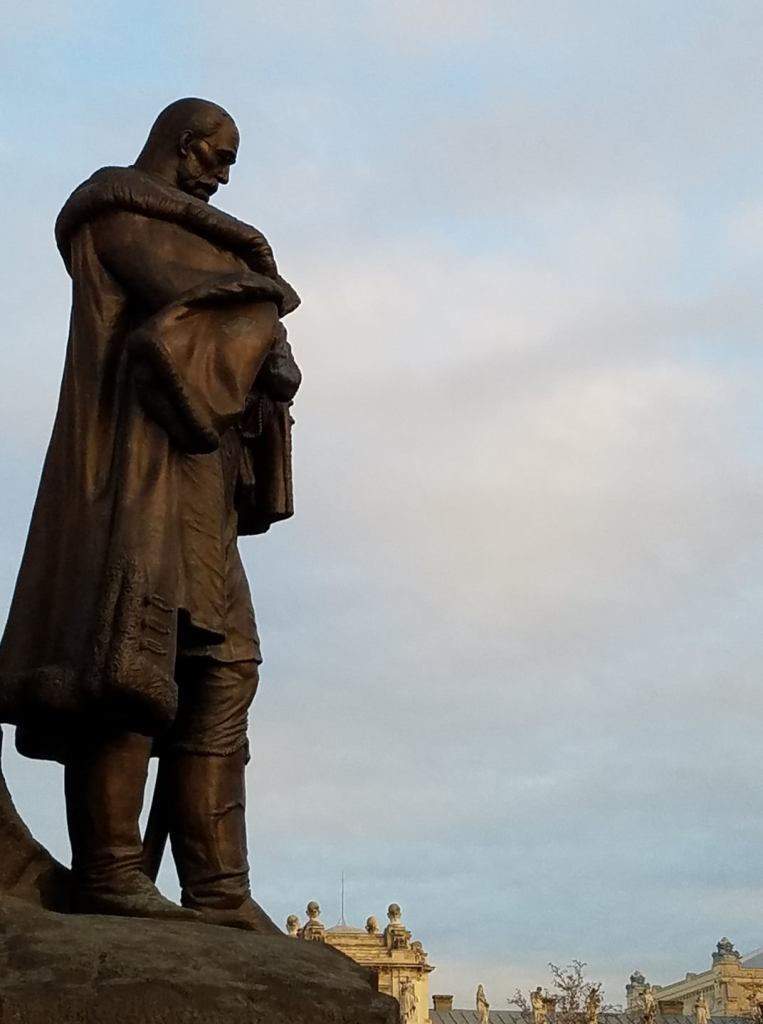 Lord Richard Harris, the once Bishop of Oxford, and author of Haunted by Christ: Modern Writers and the Struggle for Faith, participated in a podcast discussion with the former Catholic priest, now agnostic philosopher, Sir Anthony Kenny and Justin Brierly, the host of the Unbelievable podcast. During the interview, he reflected:

“On [the] issue of transcendence…. there is something about the experience of beauty which is tantalizing. It … mysteriously pulls us into itself and beyond itself, but it is ultimately ungraspable.” Harris likened this “mysterious pull” to “an elusive call that haunts us” and which “has its fulfillment in God.”

Harris is quick to note that the tantalizing pull of beauty is not an argument for the existence of God, but it’s also not irrational. He says, “Once you come to believe [Christianity], everything falls into place. It coheres together. This experience of beauty makes sense, as the experience of morality makes sense.”

Of course, this observation is reminiscent of CS Lewis when he said, “I believe in Christianity as I believe that the sun has risen: not only because I see it, but because by it I see everything else.”

Sitting opposite of Harris, Sir Anthony disagreed, saying that he grew up in the church, but Christianity makes less sense to him today than it did when he was younger. As “proof” he commented on a couple of different aspects of theology (the idea of punishment for sin among them) that don’t make sense to him any more.

As I listened to him I thought, as I often do when I listen to atheists and decided agnostics, that Kenny puts a great deal of stock in what he, himself, thinks. Because it makes no sense to him, it makes no sense at all, which he asserts as a brute fact. In that sense, he elevates his own understanding into the place of an ultimate arbiter of truth.

Of course, what else are we to do?

That’s a fair question. We only have ourselves, ultimately, as tools for deciphering truth. The thing that strikes me about this particular conversation, though, as I have been struck by many other interactions with atheists, is the brute certainty implicit in stating their positions. Many don’t seem willing to question reliance on reason and logic, and, of course, the reason and logic they rely upon is sourced in themselves. They seem to think that they, alone, have a solid grasp on it.

I am fond of saying that we are nothing but finite beings with limited perspectives. Atheists might say, in similar vein, that we are merely products of matter, having evolved from lower life forms. It’s not that Christians like me have cornered the market on understanding our own limitations as finite beings.

Interestingly, Charles Darwin was a pretty humble guy. He confessed on multiple occasions that his own understanding of evolution from lower life forms undermined any confidence he might otherwise have in his own “convictions”. At the same time, he seemed quite unaware that the same limitation inherent in his conviction as an evolved creature applies equally to his intelligence and ability to reason.

Yet, Darwin implicitly trusted his own ability to reason (including his assessment that we evolved from lower life forms). I find it inexplicable that he chose to distrust his “conviction” (whatever he thought that might be) while while he never questioned his ability to reason.

Though Darwin was humble on the issue of faith and conviction, he was, at the same time, unquestioningly willing to stand on his own ability to reason. Darwin seemed to have the same sort of brute confidence in his reasoning ability as Sir Anthony Kenny exhibited in the podcast referenced above.

Meanwhile, the confidence that Lord Richard Harris betrayed in his faith seemed more tempered by a self-awareness that we are limited in our perspectives as finite beings. While these examples are only anecdotal, I bring them up because of their contrast. Certainly Christians can be (and are) as dogmatic in their brute confidence in faith as atheists might be in their reason.

I am reminded of the scriptural admonition to “lean not on your own understanding”.

As I mulled these things over, I happened back across an article about another beknighted Englishman, Sir Anthony Hopkins, who has been publicly vocal about his journey from atheism to faith. Of atheists, he observed:

“We see them, mind you, on television today, many brilliant people who are professional atheists who say they know for a fact that it’s insanity to have a God or to believe in religion.

Well, okay, God bless them for feeling that way and I hope they’re happy… But I couldn’t live with that certainty, and I wonder about some of them: why are they protesting so much? How are they so sure of what is out there?”

Believers are often accused of having a bind faith and an unquestioning certainty about the existence of God. I rather think the shoe is often on the other foot.

Postscript – Since I wrote this piece yesterday, I came across an article that seems to corroborate my merely anecdotal and unscientific observations that atheists often seem more stubbornly confident in their own views than many people of faith. The article, based on a series of published psychological studies, concluded from one of the studies: “atheists and agnostics were less open to alternative opinions than Christians, and they reported more existential certainty” (though the study is far from conclusive on that point, being limited to a population in Western Europe).

One thought on “Reflections on Confidence in Faith and Atheism”