The end is our fate, but the end is only a new beginning. This is not all there is. 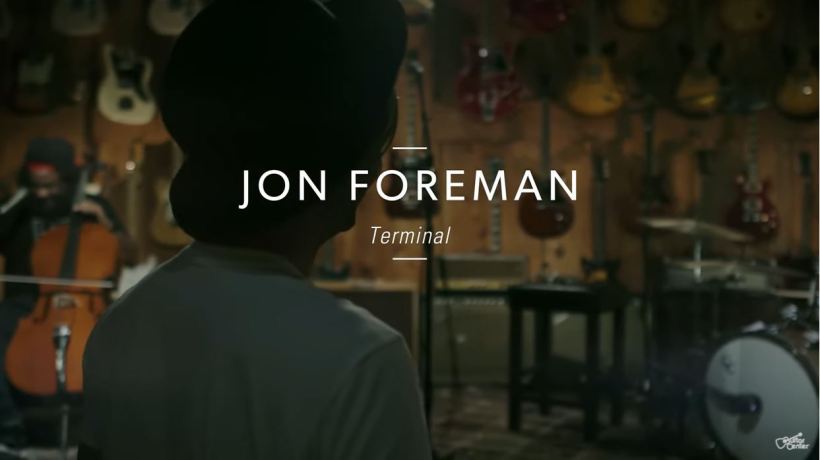 “Terminal” is the beginning and the end of a new project by Jon Foreman, one of my favorite musical artists. (See “The Wonderlands”,  (http://www.jonforeman.com) and the video posted online by Relevant Magazine produced at the Guitar Center.)

Jon Foreman, like Bono, repeats the theme in his music that these lives that we live are short compared to the expanse of time. We “die a little every day”. Our lives are terminal.

We all think about it from time to time, though most of us would rather not dwell on it. Yet, there it is: in the back of our minds, nagging. It never quite goes away. Though we try to drown out the beating drum of time marching on, the incessant cadence continues on, always under the surface of our consciousness.

Like many ancients, Jon Foreman does not shrink back from the reality. Unlike most, he embraces it. The end is our fate, but the end is only a new beginning. This is not all there is. Foreman, like Bono, is looking for something he has not found, something that is only a shadow in this life.

The end that we all face suggests something beyond. “God put eternity in the heart of man”, the Proverb says. We intuitively know, are aware of some possibility that may seem unreachable, yet is a possibility for which we all recognize a longing.

That we long for it suggests the reality of it. Why in the world would we long for something that we cannot fully grasp in this life if there was not some reality in the longing.

C.S. Lewis spoke of Joy, which he described as longing, but longing that, in itself, was more satisfying than any getting a person could experience: “an unsatisfied desire which is itself more desirable than any other satisfaction.” (CS Lewis in Surprised by Joy)

This longing, this Joy, is a momentary glimpse of the shadow of God. The Joy is not itself God, though many people may mistake the shadow for the reality. The experience is simply a brush with the reality of God.

We often search for this Joy, and the more we search for it the more elusive it becomes because “it” is not the real thing, but only a glimpse, a fleeting sense, a faint stirring caused by a close encounter with the real thing. Many of us spend an enormous amount of energy seeking to fulfill the longing with poor counterfeits like happiness, or pleasure, and so sink into the trap of mistaking the material world and the things which our fleshly senses can understand for that longing that suggests something else entirely.

When we live with the end in mind, we are living closer to the Giver of life than when we live absorbed in our own mundane humanness. When we live fully knowing that our lives are terminal, we live on the edge of the real purpose in our lives –  a greater, higher purpose that suggests we were made for something more than this, yet this is somehow inextricably linked to that purpose for which we long.

For Jon Foreman, for Bono, for C.S. Lewis, and for me, this Purpose, this longing, this Joy is found only and fully in the God who made us and in the Mystery of Jesus Christ in whom the fullness of God dwelt in human form, having shed His glory to humble Himself, having appeared in completely human form as one of us. And in doing so, God demonstrated in a way that could not have been conveyed as personally and understandably how much He loves us and how committed to us He is by dying for us at the hands of His own creation.

“Here and here only in all time the myth must have become fact; the Word, flesh; God, Man. This is not ‘a religion’, nor ‘a philosophy.’ It is the summing up and actuality of them all.”
― C.S. Lewis, Surprised by Joy: The Shape of My Early Life

We are terminal because this is not all there is.

5 thoughts on “Living with the End in Mind”