God is not found in religion but in personal encounter. 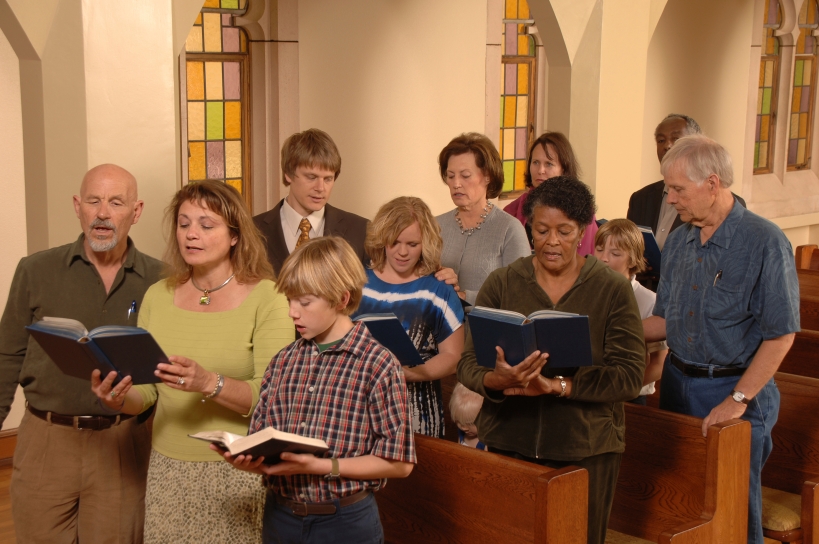 Most people in American grew up with some connection to “the church”  and to Christianity. Many, many people had just enough of a taste to reject it. I think that, when most people reject Christianity, they are rejecting the institution of the church.

People reject the principles they believe the church stands for and the hypocrisy they saw in the church. Indeed, I believe this because I was one of those people.

I have come to put that reality in perspective, however: the church, as most people perceive and know it, is a human institution. It is far from perfect. Every human frailty and weakness and shortcoming exists in the church – because people make up the church. That is the reality.

Further, the message that informs the church, the root and heart of it, the reason the church exists – the Gospel – is not always readily apparent in the church. Some churches are closer to the expression of it than others, but churches, generally fall short of the ideals of the Gospel.

I do not mean to point fingers at anyone or judge anyone. I think it is sufficient for purposes of what I am trying to say to assume that this is true to some degree or another in every church, even the best of them. I am going to say some things next that may make churchgoers upset, but bear with me.

In my own experience, I sat through church every Sunday from a small child through most of my high school years. God was no more real to me than my friends who had only occasionally or never been to church. I believed there was a God, but so do many people. Many people when they reach their teenage years reject the idea of church, religion and even God.

I can not say I really rejected God; but the church, religion and God were not relevant to me – at all. I am certain I am not alone in that experience. In fact, I think it is the most prevalent experience.

Looking back on my early experience in church and where I am now, I see things I did not see then. It was not until I had a personal encounter with God and was personally affected by the message of Christ – not the philosophy, the religion or doctrine, but the Person – that I really understood.

There is no life in the religion, the culture, the philosophy or the way of life without the Person. In fact, I think people who have knowledge (intellectual) without knowledge (experiential) of God can become inoculated, like a little dose of a virus that prevents a person from getting the actual virus. The “real thing” in Christianity is not like a virus – a person can not “catch” it – but knowing only the Christian religion, culture or philosophy can stand in the way of knowing the living Christ!

Many people reject the lifeless shell of Christianity that is the church, the human institution, never having known the Person of God. Having rejected a shadow of the real thing, people do not realize they have never encountered the living God, the only reason the church makes any sense.

The difference I know now is that God made it alive to me, the Holy Spirit working in me. When I went to church after that encounter, I found God there! Of course, He had been there all along, though, perhaps veiled by sterile ritual, institutional structures and human busyness that was the filter through which I viewed the world.

I did not grow up religious, but I can see where the religious child can miss God in the church. God is not found in religion but in personal encounter. The church can become the expression of the personal and communal experience of God, and ritual and institution can even be part of that experience, but ritual and institution without experiencing the Living God is just a whitewashed tomb. There is no life in it.

Two people can sit side by side; and one person can experience God, while the other does not. The person who has not encountered God in her life will see church as something completely different from the person who has encountered God. It will appear lifeless, a system of rules (do’s and don’ts), an exercise in keeping up appearances and worse.

I know. I have been both of those people.

When the religious child who has not encountered God gets real, usually as a young teenager, things begin to come unglued. If the Bible says, “Do not lie,” and I have lied, I know that I do not measure up. Keeping up the appearances is tough work, and kids are not nearly as good at it as adults. Kids find more connection with other kids who are open about their faults, and it becomes easier to exalt in those faults than pretend they do not exist.

Kids realize that other people are as sinful as they and do not measure up either. The conclusion is not long in coming that the church is full of hypocrites. At that point, the natural tendency to reject the church and all that goes with it follows not far behind.

What is rejected is the kernel of Christianity – the outward shell. That shell is hard to chew and difficult to swallow. No life comes from it. It is not relevant or useful and tastes bad in our mouths, so we reject it.

What is missed is the living seed – the life that is in Christ. That life cannot be known in the church (or out) without an encounter with the God, Himself.

We cannot measure up on our own. We will never measure up to the standard of God.

That is actually the point.

If we never get past the keeping up of appearances, we will never know God or the true Church. Rather than assuming all people in the church are hypocrits and celebrating sinfulness, a right response is humbly, openly with a repentant heart throwing ourselves on the mercy and kindness and love of God. Giving up and giving in to sin is the wrong direction to find God.

Of course, there are some people who stay in the church, but continue to keep up appearances. They may know in their heart of hearts that they do not measure up, but they become good at playing the game, and the game they play is for other people to see. These people are like the pharisees who Jesus called white-washed tombs. White and clean on the outside, but empty on the inside.

Others may not willingly give themselves over to sin. They may live in fear and condemnation, knowing they do not measure up, but feeling tortured and torn by the sin that rages in their minds, while knowing it is not right. Without hope from this malady, it is easy to become embittered, to judge harshly those who keep up appearances, or appear to, and come to say, “at least I am not like them.” But all of these responses are unproductive and miss the mark.

The biblical standard of righteousness is held up, but only to reveal the condition of the human heart – we are sick with sin.

When we encounter Jesus, we find He is the cure! Yes, that standard of righteousness (right ness), does not change, but it takes on an entirely new light. The standard of rightness is the way that is right for us – like a car manual, it is the way we were meant to operate. We are happiest and most at peace when we are most conformed to that standard. But, we can not achieve it on our own accord. We are hopelessly sick with sin, and Jesus is the only cure.

The seed is in us; but we must die to ourselves (our own trying, the appearances, living for ourselves) and allow God to instill His life in us! Then He will regenerate us by His Spirit. It begins with giving up our hold on ourselves and letting God in to begin this work. The kernel is dead, but the seed is living.

All people in the Church who have experienced the new life God provides have the living seed inside and are in different stages of this regeneration. It is a work in progress. We do not measure up, but the Church is the right place for sinful people on the journey of regeneration to be planted – that journey that begins with God impregnating that seed within us – a personal encounter.

If anyone wants to see God, they need to stop looking at human institutions, culture or philosophy. God is in the Church! He is among people who honor Him, who have yielded to him and allowed Him in, to begin a new life that is being slowly worked out by God’s doing, not by our own, slowly conforming us to the image of God. But, without God in us, we will see only people with their human frailties and faults. We will see only the human institution, culture and philospohy, and it will ring hollow.

I have been on both sides: outside looking in and inside looking out. I can say with confiidence that these things are true. The living seed is so much better than the hard kernel, and the Church is the right place for it to grow.