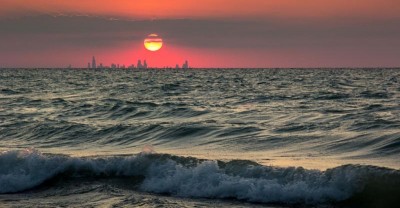 A number of personal “revelations” mark my way in life. Among them is one that occurred in college during a combined history/literature class. Among the books we read were the Pioneers by James Fenimoore Cooper and Huckleberry Finn by Mark Twain. The books we read explored the line between wilderness and civilization, the tension between man’s indomitable quest to conquer nature and the longing to be free of modern complexities and problems.

Cooper wrote the Pioneers in 1823. It was fiction but likely described life at the “western frontier” of the time in the upstate New York Cooperstown area. The main character, the Leatherstocking, Natty Bumpo, was a grizzled old man who was more comfortable with the Indians on the other side of the lake than “his” people. His people were recklessly intent on taming the wilderness. He had more of a kinship with the Indians who respected nature and did not have an itching need to tame it.

Cooper was among the earliest environmentalists, concerned about preserving the wilderness, though he would not have been called an environmentalist at the time. In one of the most memorable segments of the book, he described the wanton abandon with which the pioneers heartily shot the flocks of slow Passenger Pigeons, leaving the entire flock dead on the ground at the end. The Passenger Pigeon has since gone extinct due to that kind of behavior.

Bumpo was not comfortable with his own crowd, and the book ends with him heading west to find less populated and untamed land.

Huckleberry Finn, of course, is a story of a young man cut out of a similar cloth, but set at a slightly later time, around 1845. We barely left Natty Bumpo heading west, and just twenty something years after the Leatherstocking left upstate New York to find less civilized country, Huckleberry Finn was struggling to conform with the “civilized” society of Hannibal, Missouri.

Huck had no more affection for the polite society of Hannibal than the Leatherstocking had for his kind. At the end of the book we find Huck lighting out for the west as he found the wilderness of the Mississippi becoming too civilized for his tastes. These books stirred a similar longing in me.

One of the early books that captured my imagination, around 4th grade, was My Side of the Mountain. The book is about a young boy (probably a 4th grader) who escaped his parents and the travails of pre-adolescent life to a hollowed out tree in the wilderness of the Catskills for an entire summer. He tamed a falcon and lived an Utopian summer like a young Henry David Thoreau. He would have very much liked Huck and the Leatherstocking.

My side of the Mountain clearly still played in my psyche in college. I often thought of the peace and serenity of living in the woods on a mountain far from civilized society. It was my call of the wild. Regardless of the obvious downplay of the hardships, I identified with Natty Bumpo and Huck Finn. I even spent an entire summer in the north woods (Wisconsin) between college years working pretty much by myself, spending a lot time in the woods and waters. It was rejuvenating.

As the class wore on and my future after college loomed, the obvious stared me in the face. Civilization was hot on the heels of Natty Bumpo. Huck Finn’s wilderness was confined between shores, and the paddleboats powered by steam engines drove him from his “side of the mountain”. When he set his sights on the west, the writing was on the wall. We already know the rest of the story. Civilization was hot on Huck’s heels.

Few places have not been tamed by man, and the places humanity has carved out for protection are at the mercy of the protector. At some moment in that class, the realization of the inevitability of the creep of man on every wilderness yet to be conquered hit me.

I made a conscious decision in the moment to turn toward society instead of away from it.

There was no outward change, but it was an 180 degree turn for me in my inner man. After that moment, “escaping to the wilderness” was no longer an option.It may not seem like much to anyone else, but it is one of those markers on my way in life, a defining experience.

4 thoughts on “Lighting Out for the Wild West”