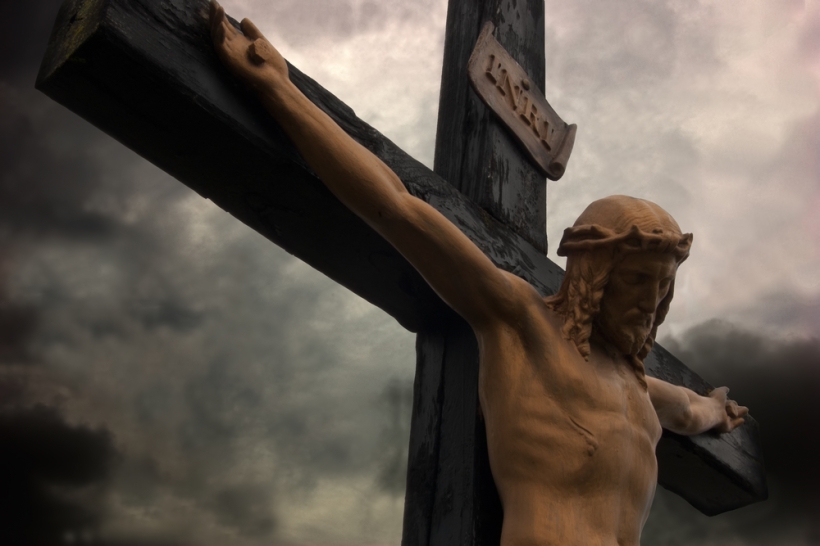 People discussed and debated who was Jesus during his life, and people continue to ask the question today: who was Jesus? It’s really pretty remarkable that people are still asking that question today if you think about it. Jesus didn’t write anything. He didn’t create a lasting work of art. He didn’t conquer anyone.

Yet, people are still talking about Jesus today. Jesus is worshiped by some as God. He is revered my every major religion as a prophet or wise, spiritual man. He is even respected by the irreligious as a moral and good man. Though he didn’t pen a single word as far as we know, more books have been written about him than any man who lived.

So, it makes sense to ask: who was Jesus? It’s not an irrelevant question, even today, so many years after is life and very public and widely attested death.

The Internet skeptics who question whether the man, Jesus, ever lived are simply living in denial. Not even most atheists doubt that the man known as Jesus of Nazareth, the man who was crucified on a cross, was an actual man who lived in the first century. A more serious and compelling question is: who was Jesus?

So, let me get right to the point. The following statement from Paul, the once hater and persecutor of Christians who became a follower, highlights why this question is still relevant today:

“For God presented Jesus as the sacrifice for sin. People are made right with God when they believe that Jesus sacrificed his life, shedding his blood. …. God did this to demonstrate his righteousness, for he himself is fair and just, and he makes sinners right in his sight when they believe in Jesus.” Romans 3:25-26

How we respond to this statement is a litmus test of sorts. It raises the ultimate question – who was Jesus – in a way that gets right to the heart of the matter. We can’t read that statement, if we truly understand it, without worshiping and loving such a God or recoiling in horror, indignation and revulsion.

One of the most biting critiques of the Bible and the story of Jesus is that God killed him. God demanded a sacrifice, and Jesus was it. If God is God, He orchestrated the death of Jesus to sate His own demands for justice, homage and retribution.

People like Richard Dawkins make this accusation of “the Christian God”. They say that even if God exists, they would never follow such a vindictive, spiteful God like that.

But of course, the Richard Dawkins types don’t believe in God. What they do believe is at the heart of this blog piece. They believe that Jesus was a just a man. He wasn’t divine. He was no different than you and me.

If Jesus was just a man, the Christian view that Jesus was sacrificed and killed to satisfy God’s sense of justice – or vindictiveness, or spite or evil desire to inflict pain – is something that seems despicably bad. As moral beings, we can see that such a thing would be wrong. It’s twisted. We know better. It doesn’t feel right.

(I am not going to address what Jesus said about himself here. You can Google it yourself. Or better yet, read the Gospels and judge for yourself. CS Lewis famously posed three options: lunatic, liar or God. That would be a good place to start after reading what Jesus claimed about himself.)

Jesus highlighted the importance of the question when he asked his disciples: “Who do the crowds say I am?” (Luke 9:18) The answers ranged from Elijah to a prophet. Peter answered, God’s Messiah” (Luke 9:20, meaning savior). Jesus affirmed the answer, but that doesn’t necessarily help us today. We aren’t first century Jews with their perspective on the Scripture.

And it didn’t really help them either. Jesus warned Peter and the disciples not to tell anyone, and then he proceeded to tell them about the death he would suffer, that “he must be killed and on the third day be raised to life.” (Luke 9:21-22) So we are back to where we started. Even if Jesus was a prophet or the Messiah the Jews had been waiting for (whatever that meant to them), Jesus is still just a man.

Even if Jesus knew the fate that awaited him and went willingly to his own death, why would god demand that (or allow it) from him? It just doesn’t sit well with our moral sensibilities. It doesn’t help us to feel any better about the character of God, knowing that God allowed the man, Jesus, to offer himself up to such a cruel death.

Many people get to this point and conclude that either God isn’t loving or He doesn’t exist. Many people choose to believe that God doesn’t exist rather than to think that God is the kind of moral monster who make Jesus, the man, sacrifice his own life to satisfy God. Maybe this is you when you read Paul’s’ words: “For God presented Jesus as the sacrifice for sin.”

But now consider these words in light of Paul’s statement to the Philippians (verses 2:6-8):

“[Jesus] being in very nature [form] God,
did not consider equality with God something to be used to his own advantage;
rather, he made himself nothing
by taking the very nature [form] of a servant,
being made in human likeness.
And being found in appearance as a man,
he humbled himself
by becoming obedient to death—
even death on a cross!”

Some people are confused by that because Jesus doesn’t appear to say anywhere specifically that he is God – not in those direct words. But the deity of Jesus is the ultimate message of the Gospels and the epistles that follow. It was the very early understanding of the followers of Jesus as evidenced from the creed quoted by Paul.

The change in the disciples’ understanding of who Jesus was is cataloged in the Gospels. Peter summed up what he thought while Jesus still lived and walked with them. All but one of the disciples worshiped Jesus when he appeared after his death. (Matthew 28:16-17) Thomas remained skeptical about who Jesus was until Jesus presented himself to Thomas with nail holes in his hands and the wound in his side. Then Thomas responded, “My Lord and my God!” (John 20:28)

The disciples believed that Jesus was God’s Messiah when he was alive, but their understanding changed after he died and Jesus presented himself to them risen from the dead. He was not just God’s Messiah; he was God in the flesh!

Paul, the hostile skeptic changed his view completely after the risen Lord appeared to him too. In his first letter to the Corinthians, Paul recounted all the people who had seen Jesus alive again after his very public killing, including over 500 people at one time, most of whom were still alive at the time Paul wrote the letter! (1 Corinthians 15:5-7)

The passages that describe the encounters with Jesus after his death, and the resulting willingness of those same followers to die for what they believe they had seen, have led even some of the most skeptical scholars to conclude that the early Christians were sincere. The closest followers of Jesus came to believe that he was not just a man: he was God.

And this perspective changes everything. If Jesus was God, God was not sacrificing the man, Jesus; he was sacrificing himself in bodily form as a man. God emptied himself (made himself nothing), taking the very nature of a man/servant, making Himself in human likeness and came in the appearance of a man humbly and obedient to His own purpose.

The story takes on a completely different hue! When Jesus said, “there is no greater love than to lay down one’s life for his friends,” (John 15:13), Jesus was talking about Himself, God who humbled Himself to become a man and to sacrifice Himself for the benefit of His own creation.

If we don’t see Jesus for what/who he claimed to be, and who his closest followers were convinced he was, the sacrifice of Jesus (a man) at the hands of God seems cruel and immoral. It means God sacrificed a person, a mere human being like me, this poor Jesus and subjected him to a cruel death on the cross to appease Himself.

But if we see Jesus for who he claimed to be and who his closest followers came to understand he was, the story becomes the most beautiful love story of all time: God humbling and sacrificing Himself for the good of His own creation. This wonderful story is the underlying theme of all the Scriptures, going back to the beginning. It is the key that unlocks the meaning.

This is no doubt what Jesus explained to the men he met on the road to Emmaus when he “opened the Scriptures” to them and, “beginning with Moses and all the Prophets, he explained to them what was said in all the Scriptures concerning himself”. (Luke 24: 25-35) When the entire Bible is read with that understanding, it makes sense and holds together like a beautifully complex tapestry. (See for example the Deity of Christ Verse List.) The fact that this Jesus, who didn’t pen a word, didn’t make anything of lasting value and didn’t conquer a soul, became the most written about person in the history of the world also begins to make sense if, indeed, he was God in the flesh.