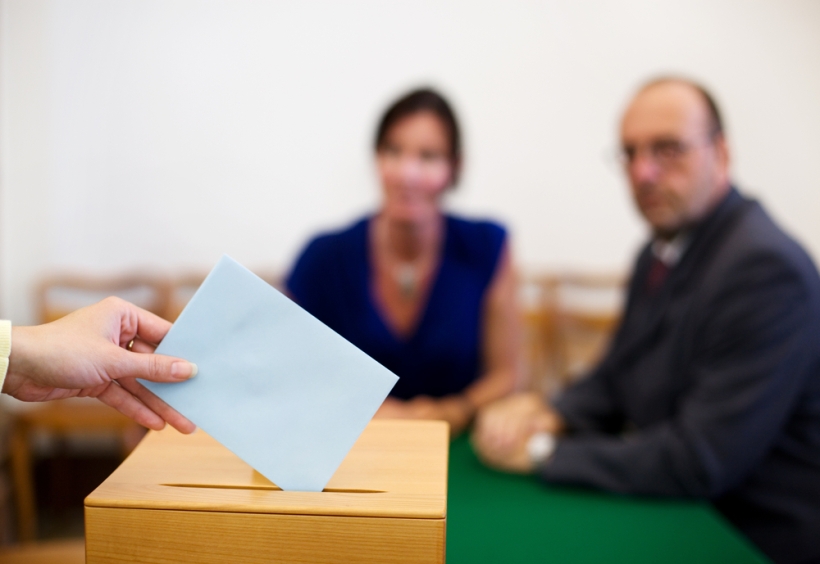 I have to admit that I don’t look forward to the days ahead: the “election season”. I likely be “snoozing” quite a few people in the coming months. Voting, of course, is a protected right and a privilege in a free society, as is the freedom to speak our minds.

Still, I approach the inevitable increase in exercise of that freedom that will certainly escalate as we get closer to November with no small amount of angst. Daily reminders of the polarized, schizophrenic nature of our society with so many voices, each speaking with near absolute certainty, their diametrically opposing opinions is not my idea of fun or meaningful discourse.

That our voices in the church, the body of Christ collective, is no less disparate is downright disconcerting.

Of course, it’s always been that way. Even in the New Testament, even among the apostles, we find disagreement: Paul and Apollos, Peter and Paul, the Jewish and gentile converts, Gnostics and others. Having spent an entire Sunday exploring the early church fathers in North Africa last week, I waded through one example of disagreement after another.

Many of those disagreements at that time led to the formation and establishment of the fundamentals of orthodox belief: original sin, the Trinity, the nature of Jesus, how the church should deal with “lapsed” believers in times of persecution and the authority of the church.

Some, like Cyprian and Augustine, were sainted by the established church for their positions that became the accepted stance of a majority of the church leaders at the time. Others, like Clement of Alexandria, Origen and Tertullian, despite their significant contribution to early Christian thought, were not because they took positions that did not line up exactly with the majority (even if many of their other positions did).

We tend to view church history in the west through a decidedly western lens. We forget that those early expressions of Christianity took different tracks: Eastern Orthodox, Russian Orthodox, Coptic and others. Some of those early leaders are viewed as saints by some of those “churches” and not by others.

Western Christianity has had its own splinters: Catholic, Protestant, Anglican, Anabaptist and others. I found the Charismatic movement in the early 1900’s fascinating as a young Christian for the way it moved through the various denominations at once and brought people together through the collective experience of the Holy Spirit. It too, though, resulted in new divisions: the Pentecostal and “independent” charismatic churches.

Thus, when I think about how Christians should vote in the next election, I find no solace in a clear direction. Christians are torn and divided. In the 1990’s, it seemed clear to me (at the time) that I could not vote for any candidate that was not pro-life. That meant, basically, voting Republican. The fight continues against the killing of the unborn over 30 years later with no real gains, and more losses, to account for that record of voting.

I have been listening to current prophets who move in a world of visions, prophecies and intimate with Holy Spirit at the urging of a longtime friend. I am compelled by their excitement, clarity, urgency, hopefulness and confidence. I don’t want to be on the wrong side of what God is saying to this generation.

They all say with religious assurance that Trump is God’s man. The prophets called it years before it happened.

But is it that simple? I know that some of those prophets who were right about Trump were dead wrong about other prophecies.

I don’t brush off claims that God can and still does speak prophetically through people who are tuned to His voice, but what is He really saying today?

I am reading through the major Prophets right now. They spoke primarily at a time when the nation of Israel had strayed so far from God that God’s message was increasingly urgent and dire warnings to His people, followed by His judgment in the form of exile from the promised land and captivity in Babylon.

I am finding it increasingly difficult to get through my daily readings without a great angst and unease. The false prophets at the time were saying that everything was alright. They were speaking of peace while the authentic prophets of God were warning of war, destruction, catastrophe, pain and even death.

The biblical prophets voice two primary issues that God had with His chosen people: 1) idolatry; and 2) injustice.

When the prophets charged the nations of Israel and Judah with “whoring”, they were not talking about sexual sin, but the sin of idolatry, the sin of going their own way, of devoting themselves to false gods and not devoting themselves to God only. As many times as the prophets called out idolatry, they inevitably called out the failure to do justice: oppression, violence, treating people unfairly, and the failure to care for the needy, the orphans, the widows, and the strangers in their midst

God called the nations and leaders who oppressed Israel and Judah His tools. They would be judged by God, but meanwhile God used them for His purposes.

Are things any different today? Are the people who call themselves by God’s name any different? Yes, Jesus left us Holy Spirit to guide us, but are we listening?

My writing today is inspired partly by the words of Stephanie Ranade Krider, executive director of Ohio Right to Life, who belongs to the Vineyard Church in Columbus, a charismatic church that wold be associated with the circles in which prophecies are taken seriously. She is re-thinking are pro-life allegiance to the Republican party and Donald Trump because of the absence of the character of the Holy Spirit evident in the party and its president.

Some of those prophets supporting the president call him a Cyrus, a secular lout (my words) used of God to restore His people. Others say he is a “praying president” who listens to God. He can’t be both. He might not be either.

More politically and philosophically minded people will say they don’t support the person, but the worldview and policies that he defends. They, like me, have a hard time with worldviews and policies that inform the left, but (frankly) a person can only say that by cherry-picking.

I don’t trust big government, but why do we need to exclude the government from doing justice? Is justice only an individual endeavor? Can we not, should we not, use government to care for the poor, the needy, the widows, orphans and strangers in our midst?

Are we not a Christian nation? Shouldn’t our laws reflect the values God holds dear?

As a person who believes that all life is intrinsically valuable – because it is made by God – my heart breaks at the killing of the unborn. It’s frankly not much different than the ancient practice of sacrificing children to Moloch. All the nations around Canaan did it, and Israel/Judah did it too, though they should have known better – God had instructed them differently.

Think about it though. What happens to those aborted babies? Are we rescuing those babies when we vote? Does God not receive them into His arms? Is God not just?

What about the mothers who are led to believe that sacrificing their babies is required to a good life? What about the families and the fathers who pressure them to abort because they don’t want to share in the burden of raising a child?

God will judge. Meanwhile, Jesus came to seek and save the lost, and he gave us the same commission. The people who make these decisions make them to their own peril. They are are the lost. Will we reach them with our voting? Our argument and debate? Our moral posturing?

I frankly doubt it.

Jesus came to his own…. He called the religious leaders of his day white-washed tombs while he preached good news to the poor. The prophets warned God’s own people…. They warned of idolatry and injustice.

What response was God looking for?

“He has shown you, O mortal, what is good. And what does the LORD require of you? To act justly and to love mercy and to walk humbly with your God.” (Micah 6:8)

Is not doing justice and righteousness – judging the cause of the poor and needy – what it means to know God? (Hint: the answer is yes! Jeremiah 22:15-16)

What about the centuries of racial discrimination and injustice that have corralled generations of young black people into ghetto desserts surrounded by wealth and privilege. Even though overt racial prejudice is no longer tolerated, dare we do nothing but say, “Go in peace, be warmed and filled….” (James 2:16)

How can we who claim to know God not be moved to do what justice requires for those who have suffered at the hands of generations of people who have gained privilege at their expense? No, we didn’t cause it, but we can be part of undoing it.

God will judge those who practice and encourage things like abortion. God will also judge us, His people, for our failure to do what He has told us to do.

“What good is it, my brothers and sisters, if someone claims to have faith but has no deeds? Can such faith save them? Suppose a brother or a sister is without clothes and daily food. If one of you says to them, ‘Go in peace; keep warm and well fed,’ but does nothing about their physical needs, what good is it? In the same way, faith by itself, if it is not accompanied by action, is dead.” (James 2:4-17)

So what does this all have to do with Christian voting? The choices presented to us aren’t always clear – not as clear as we would like them to be. I am not honestly sure I know how Christians should vote.

I am sure, though, that God is God. He is working out His purposes even in our own time. History may prove a better perspective for our current situation. Meanwhile, each of us are accountable to God to believe what God has said and to respond to Him in faith.

In the First Century, one of the dilemmas that confronted the early church, comprised primarily of Jews initially, was whether to maintain the ceremonial laws and laws pertaining to what they ate that their people had followed for many, many generations. Peter and Paul were divided over that issue at one point.

We might take some encouragement from Paul’s advice to the early church in Rome on that issue of his day:

“One person’s faith allows them to eat anything, but another, whose faith is weak, eats only vegetables…..

One person considers one day more sacred than another; another considers every day alike. Each of them should be fully convinced in their own mind….

…. each of us will give an account of ourselves to God….

So whatever you believe about these things keep between yourself and God. Blessed is the man who does not condemn himself by what he approves. But the man who has doubts is condemned if he eats, because his eating is not from faith; and everything that does not come from faith is sin.” (Romans 14:3, 5, 12, 22-23)

2 thoughts on “Voting Christian: What Does Your Faith Allow?”