The concept of inerrancy was developed by Christian rationalists in response to atheistic rationalism. It isn’t in the Bible. 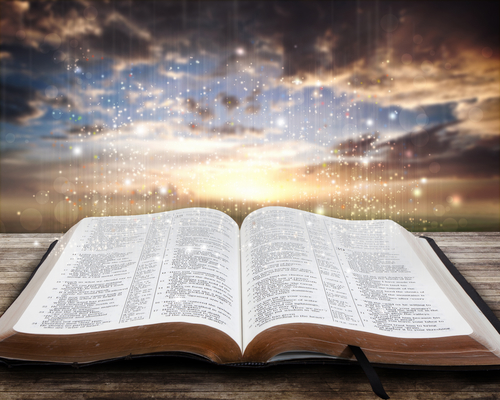 When I was in college, I was one thesis away from being a religion major. I took the thesis class, did the research and even wrote the paper. I just didn’t turn it in.

I graduated with an English Literature major. I didn’t need the double major. I wasn’t satisfied with the product, so I didn’t turn the paper in.

I’ve recalled these things before, but I haven’t really addressed the subject of that thesis paper. It was biblical inerrancy.

I recall the religion major that fell short now, and the topic that derailed it, following some comments that NT (Tom) Wright made to Justin Brierley on the podcast, Ask NT Wright Anything (episode #8, I believe). I chose the topic, of course, but I felt I bit off more than I could chew.

It turns out that there may be another reason the topic was so difficult for me, a new believer at the time. NT Wright sheds some light on the subject.

When the question of a definition for inerrancy was put to NT Wright on the podcast, he balked at providing one. He didn’t provide one. I will explain, in his words, why.

The term, inerrancy, is not found in the Bible

This is a “backwater”, NT Wright says. He describes it as a “false search for the wrong kind of security”. When we start talking about inerrancy, we get into “all sorts of literal, metaphorical discussions which … are dead ends. They don’t get you anywhere.”

“The real problem is that asking those questions actually is a displacement activity to stop people saying, ‘What is the Bible actually saying?’ There are lots of people who talk about inerrancy who don’t stop and say, ‘What are Matthew, Mark, Luke and John actually telling us?’ They’re telling us that this was the time that God became king.”

We have the Bible God wanted us to have

NT Wright offers this: “We have the Bible God wanted us to have.” He believes the Bible is more aptly described as “delegated authority”. He notes, “When the risen Jesus, in Matthew 28, talked about authority, he doesn’t say, ‘All authority in heaven and on earth is given to the books and chapters that you go off and write,’ he says, ‘It is all given to Me!’”

The authority of the Bible is something more complicated than inerrancy suggests. God gave Jesus authority, and Jesus, by His Spirit, equipped people to write things that would enable them to do what God wants them to do.

inerrancy tends towards a mindset focusing on dogma and whether (or not) we have the right set of truths in our heads. According to NT Wright, the Scripture, rather, is meant to equip us to be the Body of Christ in and for the world. “It’s an active dynamic, authority.”

I realize that some people will likely chaff at NT Wright’s take on the issue of inerrancy. Certainly, there is legitimate concern about protecting “sound doctrine” and keeping heresy out of the church, but I suspect that what we consider to be doctrine goes beyond what Paul was thinking in the first century. Remember that Paul endeavored to know only Christ, and him crucified, in his letter to the Corinthians.

Not that Paul was any slouch when it came to doctrine. He was “a Hebrew of Hebrews; in regard to the law, a Pharisee” (Phil. 3:5), “educated at the feet of Gamaliel”, the greatest teacher of his day (Acts 22:3) who was “zealous for the traditions of my fathers”. (Gal. 1:14) But, Paul encountered the risen Lord Jesus in person, and that personal experience eclipsed all of the dogma he learned.

Not that he didn’t use it in preaching the Gospel and defending the faith. Paul was a master evangelist and apologist, quoting liberally and extensively from his knowledge of the Scriptures. But, Paul knew that the reality is in person of Christ, and in Christ alone. The reality is in a relationship with the risen Savior through the work of the Holy Spirit who was left to guide us into all truth.

This is also not to say that truth changes and deviates from what has been revealed and preserved in the Scripture that we have. But, truth is not as rigid as we like to make it in our relentless quest for certainty in all things. If we could just box it all up and tie it up neatly with a bow, we wouldn’t have to rely so much on that relationship we have with God through the Spirit. We could “do this” on our own.

We have not come to a mountain that can be touched…. But we have come to the city of the living God. (Hebrews 12:18, 22) We no longer worship on this mountain or that one; we worship in spirit and truth. (John 4:24)

So, as I look back on the task I set out to accomplish in college, to define and defend the concept of inerrancy, I remember the struggle. I had hopes of developing a sound defense to that doctrine, but I failed. I now see more clearly than I did at the time why I failed. Perhaps, we err in trying to impose inerrancy on the Bible.

Fortunately, that failure didn’t undo me at the time. I had learned not to be so rigid in my assessments. I read early on that “the word of God is living and active, sharper than any two-edged sword, piercing to the division of soul and of spirit, of joints and of marrow, and discerning the thoughts and intentions of the heart.” (Hebrews 4:12) I took that to heart. I intuitively understood that God’s word isn’t something we can hold in a box.

Certainly, all Scripture is “God-breathed”. It is “profitable for teaching, for reproof, for correction, and for training in righteousness.” Its purpose is to provide all we need to be equipped for every good work. (2 Tim. 3:16-17) But that is not the same thing as “inerrant” (whatever that means).

4 thoughts on “Inerrancy and the Spirit of the Age”