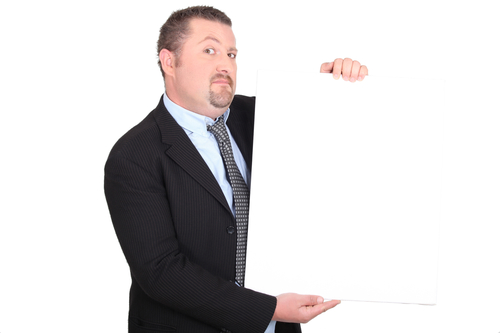 I have taken some time in previous blog articles to summarize my comments about an interview of Bart Ehrman by Sam Harris. Ehrman talks about his early induction into a fundamentalist Christian world and losing his faith. He talks about the issues with biblical interpretation that led him away from belief.  I provide some comment on issues that possibly factor into his loss of faith, and the most recent articles address a modern view of miracles that avoids wrestling with evidence of the resurrection, and an observation that I share with others: that atheists and fundamentalists interpret the Bible similarly (two sides to the same coin).

One way to summarize Bart Ehrman’s story is the rejection of a rigid, wooden Christianity that imposes (or tries to impose) a “literal” meaning to everything in the Bible.  For Erhman, this is an all or nothing proposition.  Either the Bible is all literally true, or it is all literally false.

This is a false dichotomy.  It fails to appreciate nuance, different genres in the Bible, the significance of symbolical, metaphorical and allegorical meanings, context, and many other things.  It is the position of someone insisting that the Bible be read in a certain way and read through a particular lens, rather than allowing the Bible to speak for itself.

When we approach the Bible, or any literature, with our own assumptions and presuppositions, we have already begun to dictate where we will end up. Ehrman originally approached the Bible with the assumption that it was all literally true (whatever “literally” meant to him and the people who influenced him). Ehrman now approaches the Bible with the assumption that it is all literally false, and that colors the way he reads it.

Harris’s reliance on Hume’s standard for determining the proof of a miracle comes back to mind.  If we set the bar “exceedingly” high, as Hume says we should, we rig the analysis, from the start, to discount every miraculous claim.  That the standard we have set is impossible to meet is the ultimate point. They don’t believe in miracles so they don’t take evidence of miracles seriously, whatever the evidence is.

This way of approaching a subject doesn’t seem very scientific or scholarly to me.  Yet, Harris is a scientist.  Erhman is a scholar.  While skepticism is a useful tool, it needs to be employed with a dose of humility, and the same skepticism should be applied to the “hermeneutics of skepticism” employed by the skeptic.

When the interview starts, Harris talks about people failing to use skeptical scientific tools.  Harris is, generally, referring to the scientific method. The scientific method is primarily a skeptical approach, demanding proof.  There is nothing inherently wrong with that approach.  The danger, however, is that we sneak all kinds of presuppositions into our scientific approach which, by their very nature, will dictate outcomes.  This really is not what the scientific method, in its purest form, is meant to be.

Most of the very long interview is exactly what one might expect between two people who believe (or disbelieve) the same thing. Their dialogue lapses into a self-righteous kind of atheistic morality that belies their biases. Science is neutral on the issue of morality, so why do these guys take on a moral tone?

This moral undertone exposes the biases they sneak into their skepticism. These biases come from people, not from science. If God doesn’t exist, the nonexistence of God is not a moral issue. It’s simply a fact. Morality only comes into the picture from people whose moral views are supported by the position that God doesn’t exist.

Ehrman and Harris inevitably slip into moralizing about “the God of Bible”. If, indeed, God exists and God created the world, who are we to moralize about the morality of God?  If God’s morality doesn’t make sense to us, does that mean God’s morality is wrong? If God doesn’t exist, then moralizing about the God of the Bible is really pointless. It isn’t fact, it’s just opinion – a strange place to put so much emphasis by people who claim to be driven by facts.

Harris applauds the logic of non-Christians, clearly assuming that such logic is the standard of thought to be applied universally – an absolute standard.  Where does that absolute standard come from?  If there is no God, who sets that standard?  Guys like Bart Ehrman and Sam Harris? Why not Donald Trump?

Erhman makes the comment, that anyone who is a child of the enlightenment can make no sense out of the “morality of Christianity”.  And then he goes on to talk about rationality, as if his view is the only rational one.  Rationality must have a fixed starting point.  Emmanuel Kant famously argued for the existence of God based upon certain premises, and then he argued against the existence of God based upon different premises.  Both arguments were logically airtight.  The only difference lay in the ground work – the starting premises.

When Erhman talks about rationality, he is necessarily talking about rationality extending from a fixed starting point that becomes the cornerstone for how he views the Bible and the world.  If you move that cornerstone, you end up with a different, though perfectly rational, conclusion.

That is the problem with finite beings such as ourselves.  Try as we might, as best as we can, we establish the groundwork for how we view the world, but the nature of our being is such that we cannot have absolute confidence that we have begun at the right place.

I can understand how Sam Harris and Bart Erhman arrived at the conclusions they reach.  They do make sense.  They are rational, and logical.  The problem I have is in their thinking that there is no other place from which to start and no other conclusion to reach.

Of course, they would make the same criticism of me and other Christian thinkers.  Ultimately, we cannot know to any degree of mathematical certainty, and not even to a degree of certainty that removes all doubt, that our view is correct.  Each person must be comfortable with their own conclusions, recognizing that our beginning assumptions largely dictate where we end up.

This is not to say that truth is relative and subjective.  It’s simply to say that finite beings can expect nothing more.  From that point, it’s a matter of putting our view to the test of experience, knowledge and factual information that we gather along the way.   Does it all add up?  Does it hold together cohesively?  Does the world make sense in the scheme of the things that we believe?

I find a great deal of cohesion and sense in the Christian world view.  It holds together for me, and Christianity makes sense of the world around me.  That is not to say that I claim any degree of absolute certainty or that I should be closed to the possibility that I am wrong.  I would rather be right and disappointed than wrong and deluded.

I begin at a very different place than Bart Erhman.  I wasn’t influenced into a conversion experience by a charismatic leader.  I never considered myself a fundamentalist.  I became a Christian in a very skeptical, academic environment.  The born again experience I had was intimate and primarily personal. My new found belief was immediately confronted and challenged in the academic environment of a skeptical world.  I made my way gingerly, holding onto truth as it seemed evident to me, but not too tightly, following that truth where it led.

My immediate quest for truth and reality was in literature and philosophy.  Then, a world religion class opened up the potential of spiritual truth, where I was first attracted to Eastern religions, and Buddhism, in particular.

I never approached the Bible as a fundamentalist.  I read the Bible for the first time in a world religion class in college.  It was just another world religion that we were studying. I had already left the Catholic church of my youth, which never really clicked for me.

I like to think I brought no assumptions to the table.  I was simply a student, absorbing what I was reading out of the various religious texts of the major world religions, including the Bible.  I approached them the same way I approached my philosophy class, my English class, my history class and so on.  My goal was simply to understand the text I was reading.

I became an English major.  I have always been somewhat put off by the modern and post-modern approach to literature that suggests that meaning can be mined out of literature without respect to the original intent, sometimes without even bothering to understand the original intent.  That approach bothered me in English literature, and it still bothers me whether we are talking about Huckleberry Finn or the Bible.  I have always been one to try to understand the original author’s intent, in the social, cultural and historical context of the time.  Anything else is not an exercise in knowledge or understanding; it’s an exercise in the projection of self.

It doesn’t surprise me that someone who adopted a fundamentalist, literal approach to the Bible that is wooden and rigid, would abandon belief altogether after encountering problems with the text that does not live up to that fundamentalist, literal and dogmatic framework.  There is no bend in such an approach.  Therefore, the entire thing breaks under the pressure of the first problem that cannot be reconciled within the rigid framework.

Reality doesn’t work that way.  It is far more complex.  The theory of Relativity and Quantum theory somehow both exist in the reality of our universe.  We don’t throw science out because we cannot reconcile the information we have. We strive to understand it and synthesize it.

The interview left me quite disappointed. It didn’t live up to the billing that Sam Harris gave it (approaching a subject with which he is familiar as if he were not familiar with it and getting re-acquainted with the subject). Same Harris brought in a guy who thinks much the same way he does, and they enjoyed two and a half hours preaching to each other. There were no new angles, no new insights, nothing new about what they discussed.

The only difference between them is that Ehrman was once a “believer”, unlike Harris. But Ehrman’s approach to the Bible hasn’t really changed from his believing days. He is still rigid and wooden in his approach. He just doesn’t believe it any more. Where he once believed it without question, he now questions everything without belief. He is the skeptics New Testament scholar, which is why he is so adored by the media and modern intellectuals who reject Christianity. But we already knew that.